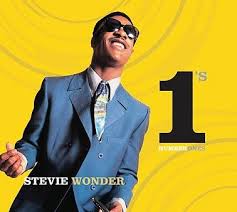 Ennui–I feel nothing but ennui as Saturday night approaches.

I am enervated, the product of over-stimulation.  Every weekend my friend  Emil leads me on a tour of Boston’s fleshpots, where we sample the courtesans,  the ladies of the night, the demi-mondaines who are so readily  available in this city that the rest of American thinks of as “uptight.”  Pah–I  wish!

What do they know, the ignorant boobs.  Anyone who possessed even a  halting familiarity with soul hits of the ’60′s would know that “uptight” in its  original usage meant the very opposite of “repressed.”  No, “Uptight  (Everything’s Allright)” by Little Stevie Wonder (Parts I and II) is a cry of  exultation; if things are “uptight,” they’re “out of sight” and “all  right.”

But too much of a good thing can leave a man exhausted–this I have learned  the hard way.  I am as limp as a wet dish rag and–quite frankly–bored with the  prospect of another Saturday night on Beantown when I hear the knock that I know  means Emil’s ready to go.

“All set, sport?” he calls out from the door.  As in Seinfeld and  other situation comedies set in urban areas, entry to my apartment may  mysteriously be gained without the use of a key.

“We’ll have dinner.  Baked beans–the dish that America thinks we subsist  on–have a lot of protein with very little fat.  It’ll buck you right up.” 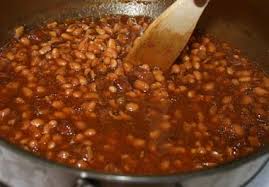 “I fear the flatulence,” I say evasively.

Emil looks squarely at me.  He knows me too well, and isn’t buying what I’m  selling.  “C’mon–out with it.”

“I feel there is nothing left for me to experience–sexually.”

Emil’s left eyebrow arches ceiling-ward, if that’s a word.  “Listen, sport,”  he says raffishly.  “If you’ll get your be-larded butt up off the couch, I  promise I’ll show you a totally new dimension of sensual pleasure tonight.”

“Here–try one of these,” Emil says as he takes a pillbox out of his  vestpocket. 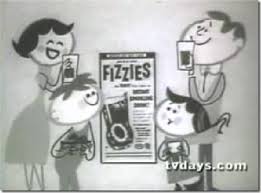 “I thought the FDA banned  them years ago,” I say as I pop one of the effervescent tablets in my  mouth.

“They did–twice,” Emil says with a leer.  “But they were invented by a  friend of President Kennedy, and you can imagine the pressure they can put on a  poor GS-14 federal bureaucrat.”

“Wowth, ah sthould thinkth tho,” I say as orange foam cascades out of my  mouth. 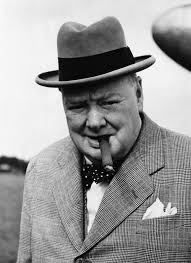 We make our way down to Revere Street, the back side of Beacon Hill where the  Boston Brahmins’ slaves lived in days of old.  The neighborhood is a rat’s maze  of dark streets and alleyways that have been converted into high-priced silk  purses from cobblestoned sow’s ears.

Emil ducks down one such cul-de-sac, but I hesitate. 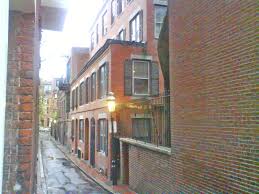 We step carefully down the brick path, sidestepping trash set out for  collection.  Where I come from, the County Mental Health Department comes to  check on you if you leave your Christmas tree up past Easter, but Boston is more  tolerant that way.

We stop at the last door hard up against a brick wall, and Emil leans his ear  towards it to listen.  Hearing nothing suspicious, he raps the wood lightly, so  that neighbors in this tightly-packed corridor do not hear.

A panel slides back exposing a window–a gimlet eye looks out and, seeing  Emil, asks for the password.

“Swordfish,” he says, recalling a Marx Brothers gag–but he is apparently  correct as the window shuts and the door opens, revealing . . . 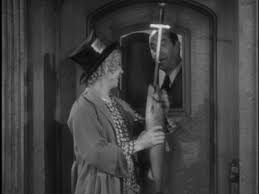 I gulp involuntarily, as if I’ve been seized by the throat.  Emil gives me a  knowing look.  “To your satisfaction, I presume?”

“Yes, yes–thank you.  I never should have doubted you.”

We are approached by the madam of this four-eyed cathouse, and Emil hands her  a card of introduction.  She examines it with grave scrutiny, makes a little  moue with her mouth, nods her head and says “Let me introduce you to  some of the ladies of the spectacles.” 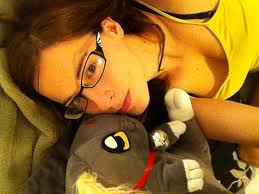 “I wuv my widdle bunny!”

We enter a room that is like the vestibule to heaven–so many pairs of  glasses, so little time!

“Would you like to see something in tortoise shell?” the madam asks  discreetly.

Emil nods with approval as a bookish young ingenue approaches, her breasts  enveloped by a armful of books.  “It’s $50 extra for role-playing,” the madam  says.

“Yes?” the madam says, inviting him to continue.

“Can she do both Dewey Decimal and Library of Congress . . . in one  night?”

“The so-called ‘Around the World’?” the madam asks.

“Using two separate library cataloging systems in one uninhibited sexual  escapade can wear a girl out for the rest of the weekend,” the madam says.  “I  must charge you $100 plus two cents for every day she is out of commission.” 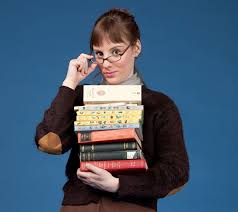 Emil hesitates for something less than the time it would take for a tadpole  to swim across a tablespoon, nods in agreement and is escorted to a private room  by a woman who looks like she got her Master of Library Science degree the hard  way.

“And for you?” the madam says to me in my turn.  “What is your pleasure?  Super 70′s droopy drop frames?  Antique store owner half-glasses?  Granny  glasses?” 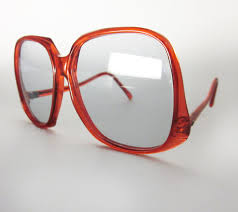 I take pen and pad in hand and begin to write, only to stumble.  “How do you  spell ‘harlequin’?”

“I don’t know.  Let me ask one of the girls.  Anybody got a romance novel on  ‘em?” she shouts to the assembled inventory.”

“I do,” a girl in full-bore “whore glasses” replies. 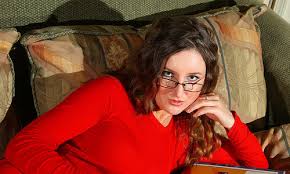 “Is it a Harlequin?” the madam asks.

I take down the letters, fold the note in half and pass it as unobtrusively  as I can to the madam.

“Yep–I think we got one of those,” she says as she reads the note.  “Vicki  Steptoe–front and center!” 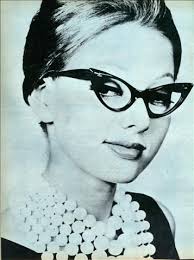 A gorgeously-glassed young lady emerges from the shadows with the eyeglass  style that swept the nation in the fifties; so alluring and yet–so dorky.  It  is that combination of contrasts that stirs my passions.

“Walk this way,” the young woman says, and I cannot resist.

“If I could walk that way, I wouldn’t buy boxer shorts.”

“You–you’re a silly one,” she says as she takes me by the hand and leads me  into a back room, where we’re alone.

We take off everything but our glasses.  I’m into eyeglass foreplay and so as  she turns to face me I lick two fingers and run them down her lenses.  “That’s  so you can’t see my enlarged pores,” I say and she giggles, so innocently, like  Mary Pat Oehrke after she cleaned my clock in the seventh-grade spelling bee.   She starts to remove the last item that separates us from a state of nature, but  before she can do so I grab her firmly by the wrist and say . . .

“You can leave your glasses on.”

One thought on “You Can Leave Your Glasses On”