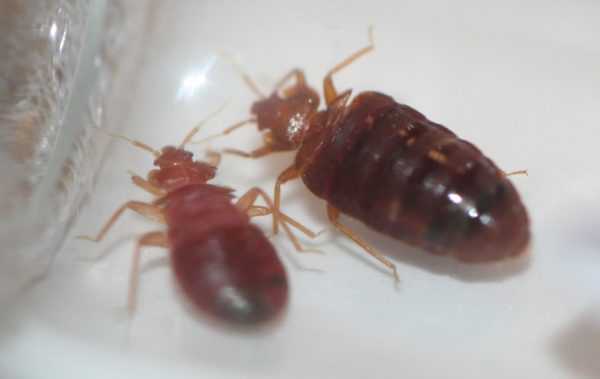 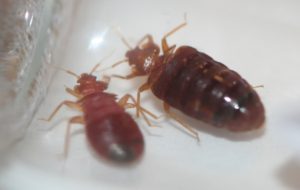 Apprehension stalked the IRS building where I worked. The smell of fear lingered in the elevators.

Had we failed to make our quota for lost refunds, dropped calls or crippling property liens?

No! It was bed bugs!

There were rumors that bed bugs had been spotted crawling up unprotected legs while customer service reps dozed innocently in their IRS taxopedic swivel chairs. Auditors claimed red spots on their necks were evidence of bed bug bites, not abrasions from taxpayer assaults. No one should suffer from this ordeal. It is always best to get pests removed from any property as quickly as possible. Just like the residentes here, if you are experiencing this problem, taking a look into something like exterminator Des Moines would be beneficial in order to find you the right people to deal with this issue.

Paranoia crept through the building.

To deal with this problem, our internal newsletter announced a new procedure (the IRS loves procedure).

Employees were directed to collect suspicious bugs on tape and submit said bugs to the building manager. They would be analyzed by an exterminator like those at termite control los angeles. A canine inspection would follow to see if this was a bed bug infestation requiring treatment.

Management did not want the entire building to spend their days submitting ants, fleas, ticks, and flies. After all, there were wages to heartlessly garnish and amended returns to arbitrarily reject for trivial typographic errors. Thus, a “wanted picture” of an adult bed bug was provided.

A tiny brown wedge-shaped head. Six spindly legs and feelers at odd angles. A banded carapace over its swollen abdomen. The stuff of nightmares.

“A bug was discovered on the fourth floor and was confirmed to be a bed bug by the bed bug control company. The area will be inspected by the bug sniffing dog on Friday at 4:00 pm.”

Some of my coworkers were confused. Why wasn’t the exterminator doing the search? Was this a cost savings measure? No 401k or health benefits needed for the dog?

Other questions lingered. Why wasn’t the exterminator just exterminating, instead of letting Murph (our nickname for the dauntless dog) aimlessly snuffle the industrial carpet? Others felt their cats or pet armadillos would do a better job.

On the day of the inspection, you could cut the tension with a knife. Murph wandered erratically, occasionally pausing at a cubicle, the occupant frozen in terror that bed bugs were at hand. More often than not, it was a stray M&M. Still, we feared the moment when he would wag his tail, then let loose with a long howl echoing through the corridors.

It was a hellish weekend, as we waited to hear the results. Employees badgered loved ones to do repeated body searches for potential bed bug bites. Others had basted their mattresses with bleach, then shrink wrapped them. Fumigators worked overtime injecting toxic clouds into homes where phantom bug sightings had driven inhabitants mad.

Monday morning. The verdict was in. The dog had found more bed bugs. Treatment was scheduled for Tuesday. The fourth floor would be saved!

But, alas, our sense of security was soon shattered that same Monday just as my shift finished.

“A bug has been discovered on the fifth floor!”

Was it a bed bug? We tried to stay optimistic but suspected the worst.

The sumptuous fifth floor Director’s suite was now at risk. An emergency inspection by the dog was scheduled for Tuesday morning.

Again, we were thankful for the dog making allowances on such short notice. Though normally busy upending cafeteria trash cans for stale donuts and home fries at that hour, our dedicated canine would be on the job.

Tuesday we all breathed a sigh of relief when the email announced that the dog did not find any bed bug activity.

The bed bugs had been vanquished!

Life at the IRS resumed its regular rhythm. Refunds were cheerfully denied, lengthy audits droned on, and interest on tax debts mounted inexorably.

Murph had saved the day. For that, we canceled the audit of his employer’s dubious $800,000 dog pedicure deduction. It was the least we could do.