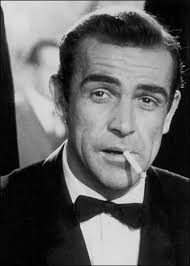 The British government is recruiting teenage apprentice spies in a bid to deepen the talent pool of its intelligence services.

We were the first class of Junior Intelligence Officers in the history of MI6, and I dare say it would be a long time before we were surpassed. There was Patrick O’Connor-ffrench—the superfluous “f” was quite a hit with the girls; Basil “Biffy” Dunderdale, who struggled constantly with the burden of carrying inverted commas with him wherever he went; Nigel Dalzel-Job-Hobbes, the only double-hyphened boy at St. Swithin’s School. And of course my own clandestine self, James Bond, Jr.

“Where’s the best place to hide microfilm?” Patrick asked the table at large as we sat in the cafeteria at MI6’s super-secret training facility located conveniently off Bloody Beck Hill on Scarborough Road, right after the third roundabout.

“I dunno,” Basil said dully, as only a Biffy could.

“You wouldn’t, because you don’t wear an athletic supporter yet.”

“You hide it in your jock strap?” Nigel asked incredulously.

“Absolutely,” Patrick said. His father had been in Naval Intelligence with Ian Fleming, and he had learned a lot while being dandled on his daddy’s knee. Basil and Nigel, on the other hand, had both led undandled childhoods.

“Gosh, that’s a rum go,” I said. I had no idea what it meant, but I liked to say things with no apparent meaning—to keep in shape for Codes & Cyphers 101.

Just then Olivia Anders-Trollope ambled by. The latter half of her double-barreled surname always caused lascivious thoughts to float upwards in our adolescent male minds, like steam in a hot tub, although she swore Trollope was no trollop.

“I’d like to defuse her bombs,” Nigel said, referring to her budding breasts, which looked like nothing so much as those baby bumpers you saw on pictures of old Cadillacs from the fifties.

“Forget it,” she said as she took a tray and slipped it onto the gleaming metal rails that fronted the steam tables. “The sooner you stop picking your nose, the quicker you’ll find a woman who’s willing to stick her hand in your jujube box.”

Nigel turned red about the neck and face whilst Patrick and Biffy playfully pummeled his biceps.

Everybody loved Olivia, but she had told me she was mine the Saturday night before as we sat way up in the balcony and watched “Counterinsurgency Techniques and Strategies” in theatre B2 at the MI6 Megaplex. I had slipped my hand under her sweater and she had stopped its advance up the round mound of her left breast with a chilly but encouraging “Don’t let’s go too fast.” 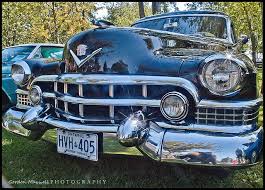 “I find your back-asswards syntax strangely . . . alluring,” I said as I withdrew my hot but thwarted hand. “Shouldn’t it be ‘Let’s not go too fast?’”

“Perhaps among heathens and Americans,” she said as she turned her attention back to a bland on-screen discussion—with helpful illustrations–of how to blow people up.

Afterwards we had repaired to our favorite soda shoppe for cherry Cokes—stirred, not shaken—and talked of our dreams.

“I don’t know,” Olivia had said with a faraway look in her eye. “I like killing people, don’t get me wrong, but I don’t want to do it forever.”

“What else is there to life besides intrigue and mayhem and flashy cars and brassy, suspenseful sound tracks playing in the background?” I asked ingenuously. 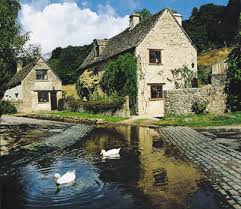 “I’d like a little Tudor-style home someday in the Cotswolds, with oodles of flowers blooming in the garden and a Pembroke Welsh Corgi to groom by the fire.”

Something about all those double “o’s” was giving me the whim-whams. I felt a lump rise in my pants and quickly countered with the only antidote I knew could calm my rising passion–quirks of orthography.

“Did you know,” I said with one upraised eyebrow of astuteness, “that ‘bookkeeper’ is the only word with three consecutive double letters in the English . . .”

Just then there appeared at the entrance Julius Grebb and Cordo Volfax, his nefarious henchman, grim emissaries from SMERSH Middle School. The two sauntered past our booth, smirking as only junior terrorists could.

“What’s this?” Grebb said with a sneer as he picked up the two tuppence I’d laid on the table as a tip. (And try saying that five times fast.) He was a notoriously precocious young fellow–the only eighth grader to play on the varsity espionage team.

“What do you think?” I snarled right back. 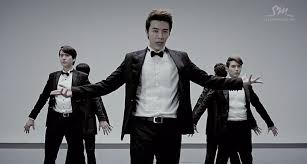 “If you want to be a secret agent, you must acquire a certain savoir faire, a worldly air of sophistication,” Volfax said. “You can’t tip tuppence, you cheap twit!”

“You can if your bill only comes to ten pence,” I said. Those just happened to be the secret words at which we would unleash a lethal attack of Diamine Ink.

“Argh!” Grebb and Volfax shouted simultaneously as Olivia squirted them furiously, then made our getaway to my waiting Moulton bicycle. Olivia hopped in the wicker basket up front and we sped—speeded?—away pell-mell down Pall Mall.

“That was close,” she said as she applied pink lip gloss, like something out of a sixties fashion mag. “You shouldn’t leave things to chance like that.”

“I left nothing to chance,” I said as I slipped my hand under her Fair Isle sweater, the better to vet her bazooms.

Available in Kindle format on amazon.com as part of the collection “Fool Britannia: Keeping Them Rolling in the Sceptred Isle.