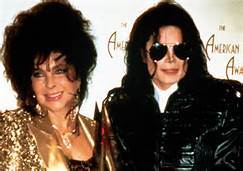 A couch that once belonged to film legend Elizabeth Taylor turned up after her heirs discovered a long lost storage locker. Ms. Taylor’s heirs announced that while going through the screen legend’s possessions they discovered something long thought gone forever. Michael Jackson’s nose. A spokesperson for Taylor’s family said, “There it was. In the crease of Ms. Taylor’s antique sofa. Along with a bottle of White Diamond perfume, Richard Burton’s work visa, John Warner’s Presidential acceptance speech, and Larry Fortensky’s Prenup agreement.”

“Frankly, at first, we thought it was just a lost piece from her grandkids’ Mr. Potato Head.” A Jackson family member remarked: “Ms Taylor used to make Michael laugh so hard, his nose must have just flown off his face.” The Jackson family and the Taylor heirs were thrilled to announce the donation of The King of Pop’s nose to the UCLA Research Center’s “Jimmy Durante School of Nasal Medicine.” The center was thrilled with the donation, saying in a press release: “As we are sure Mr. Durante would have said, ‘this donation is Ha-cha-cha-cha.’”

In a related note, Simon Cowell, in order to clone the nose into a brand new King of Pop, said he made an offer for the nose that was nothing to sneeze at. When asked if he was being funny, Cowell answered, “No. Why? It was an offer that I thought would put me in the running.” After a beat Cowell added: “That time I was being funny.