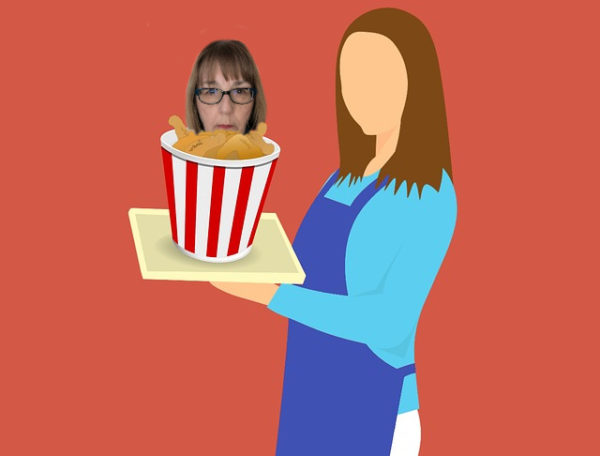 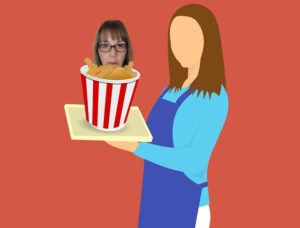 Someone called me ‘very seasoned’ the other day, and I didn’t like it. The person who used this unwelcome phrase was younger than me. And she was my boss.

She may have thought she was offering me a compliment, but what I heard was, ‘you’re old.’

I don’t mind aging. I turned 65 this year, and I’m proud that I’ve made it this far, looking good with my health intact. So why did being called ‘very seasoned’ bother me so much?

Was I being oversensitive? I consulted the dictionary. The definition of ‘seasoned’ that best applied to our conversation was: ‘to mature, ripen, or condition by exposure to suitable conditions or treatments.’

I didn’t feel any better. Was my boss talking about me, or an avocado?

I told myself it could have been worse. It’s not like she called me grizzled or an old hag. But I still couldn’t accept ‘seasoned’ as praise. Plus – how seasoned do you have to be to earn the adverb ‘very?’

I turned to my trusty thesaurus, confident I could find more positive synonyms for ‘old.’ But the words I saw there were horrible. Fossil. Debilitated. Obsolete. Decrepit.

No quitter, I typed ‘positive words to describe aging’ into a search engine and found an AARP article entitled, ‘Ageist Language that Should Change.’ The authors created a glossary of cool words to describe older people.

They included: wise, ageless, vintage, and distinguished. My spine straightened, and my chest puffed out. Now I was getting somewhere!

But my delight turned to shock when I stumbled upon the inclusion of my nemesis: ‘Seasoned – This adjective hints that one has not only lived through many summers and winters but also has been well rubbed with the spice of life on his or her journey. It indicates a human with a complex flavor profile.’

I knew AARP’s endorsement should make me feel better about ‘seasoned.’ But I still didn’t like it.

Maybe it’s because I’m a Mainer and living ‘through many summers and winters’ in a harsh climate conjured an image of a sea captain with leathery skin. Or maybe it was the idea of being ‘well rubbed with the spice of life with a complex flavor profile’ that disturbed me.

It made me feel like a bucket of Kentucky Fried Chicken.

After obsessing for a few days about why I couldn’t accept a label sanctioned by AARP, I had an epiphany. It was all about context.

My seven-year-old grandson, who wants me to live forever, balks at any suggestion that I am growing old. If Cameron said, “Grandma, you’re not old. You’re seasoned!” I would laugh, hug him, and plaster it on Facebook.

But in the context of being evaluated by my boss in a work situation, the word troubled me. Yes, I’ve ‘lived through many summers and winters.’ But what does that have to do with my competence as a professional?

What she should have done was called me ‘experienced, mature, or skilled.’ Heck, she could have even qualified it with an adverb and said I was ‘highly skilled.’

But? Since I’m older, wiser and, yes, more seasoned than she is, I’m willing to cut her some slack and forgive her. I’m sure after she spends more ‘summers and winters’ marinating she’ll understand.

5 thoughts on “Don’t call me seasoned”