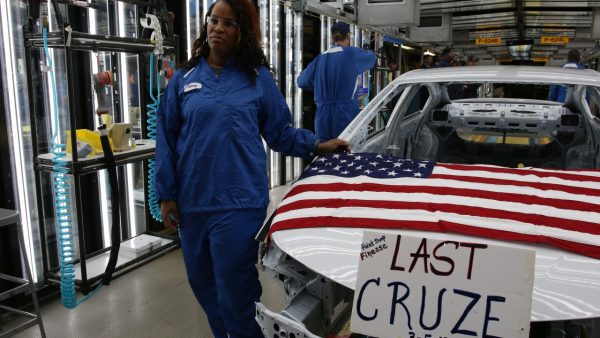 Arno Hill, the Mayor of Lordstown, Ohio, was interviewed by NPR radio the other day in relation to the fact that General Motors (remember them? They were once famous for making cars, lots of cars. And for Micheal Moore getting on them for abandoning and impoverishing his neighbors in his hometown of Flint, Michigan when they weren’t making so many cars anymore. Sort of what is happening to Lordstown, Ohio right now.) was closing their Lordstown plant. Trump mentioned Lordstown in a tweet. The NPR host asked the mayor “What would you say to him?”

“I would say, Mr. President, you know, I hope you can bring us some business, and hopefully you can work with General Motors, you know, just to keep the plant a viable option.” he answered.

Trump mentioned once that the the people in Lordstown “shouldn’t sell their houses yet.”

Maybe he said that because he wanted to buy the land out from under them cut rate for one of his new hotels.

What the hell is The Donald supposed to be anyway? The good tooth fairy? “Um, if I yank out all my teeth and leave them under my pillow maybe the Good Fairy Donald Trump will fly by and make GM cars sell again and then we won’t all have to move in with our parents who are already in their 70’s!” I don’t think so. If The Donald could wave a magic wand make make supernatural things occur he would have already made himself King For Life of the World. Scratch that! He would have made himself Emperor For Life Of the Whole Universe. With God as his faithful servant.

What good would talking to the so-called President Trump do for Lordstown? If you really want to breathe in a lot of toxic hot air put your mouth up to the exhaust pipe of one of the cars that you used to make. It would be about the same. That man will tell you whatever you want to hear so long as you vote his ego back into the Presidency next year. Or in 2024- you know he’s going to try for it.

If Mayor Hill really wants to improve the community he should upgrade his search to something more modern like Google or Facebook or Apple to move in. They are always looking for new communities to dominate. Of course it would help if they had things like mountains or cool old buildings or the ocean or some actual culture in Lordestown like they have in their other corporate fiefdoms such as San Francisco or Boulder. Then they would be there in a heart beat. To suck everything dry. And everybody already living in Lordstown would be considered their Step-and-Fetch-It’s.

Of course, if the citizens of Lordstown really wanted to be mean, they could invite in people who REALLY know how to make cars- like Subaru or Mercedes to move in. Wouldn’t that be a poke in GM’s eye! 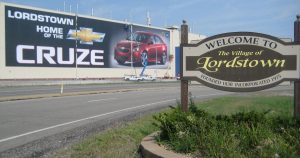