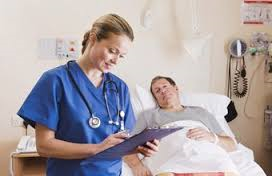 It had been several years since my last physical, so the nurse had a number of questions to ask before the doctor saw me last week.  Was I taking any medication?  Was I allergic to penicillin?  Did I have high blood pressure?

“Your smart-alecky numbers are rather high.”

“I got high blood pressure when you called my name.”

The woman looked at me as if I were crazy, then slowly moved her hand to the emergency call button to summon help. 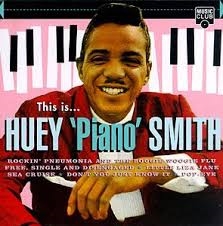 “No, no–that wasn’t me talking,” I said, trying to calm her down.  “I was quoting the song ‘High Blood Pressure.’”  The look of incomprehension on her face was not erased by my explanation.  “By Huey ‘Piano’ Smith and His Clowns?” I said, trying to recall the fifties hit by the New Orleans R&B star for her.

“I’ve never heard of them,” she said as she gingerly returned to her litany of questions.

“Never heard of Huey ‘Piano’ Smith and His Clowns?” I asked, stunned.  “So you don’t know the words that segue into the bridge–’Ooba-dooba-dooba-dooba’?”

“What the hell are they teaching kids in nursing school these days?”

I had just pulled off, with mixed success, one of my favorite conversational gambits; inserting the words of a song into a conversation.

It’s a rare thing, like a meteor shower or a courteous driver in Boston, when such an opportunity presents itself; when it does you must seize it, for you may never get another chance to use a particular lyric in conversation again. 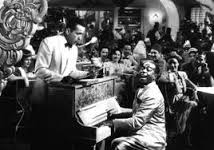 I was introduced to this custom when, as a young lawyer, I committed one of the errors the flesh of legal beagles is heir to.  I had confused an accretion with a reliction, or maybe requested an additur when I should have asked for a remittitur, I can’t recall precisely.  After a scolding by Charlie, the partner I was working with, his tone shifted to the avuncular.  “You must remember this,” he said as he looked out his office window at the Atlantic and jingled some change in his pocket.

I gulped, waiting for the next lash of his tongue.

“A kiss is just a kiss, a sigh is just a sigh.  The fundamental things apply.”

I nodded my head.  “As time goes by,” I acknowledged, recalling the lyrics burned into my memory by the movie Casablanca, in which Dooley Wilson sings them for a nostalgic Humphrey Bogart.

Once we got started, there was no stopping us.  “And when two lovers woo, they still say I love you,” Charlie intoned, “on that you can rely.”

“No matter what the future brings,” I added thoughtfully.  “As time goes by.”

A senior partner in the firm stuck his head in the door at that point.  “Say Charlie,” he said, not noticing that we were engrossed in conversation.

“Moonlight and love songs–never out of date,” Charlie said.

“Hearts full of passion, jealousy and hate,” I reminded him.

“Maybe I should come back later,” the senior partner said.

“Woman needs man–and man must have his mate,” Charlie noted.

“That no one can deny,” I said, summing the thing up.

Men are the primary perpetrators of this little gag, perhaps because women lack the deep capacity for insincerity that the male of the species is capable of, especially those men who must busy themselves with work that the world considers serious all day long.  Walter Wriston, the man who built Citibank into an international financial powerhouse, was reputed to string junior yes men along in this fashion until someone would finally realize they had been gulled. 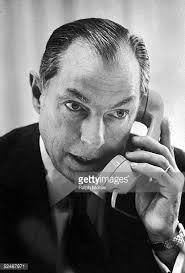 Walter Wriston:  “There were chills down my spine–and some thrills I can’t define.”

Like riding a bull of a different sort, the trick is to keep yourself astride the lyric for as long as you can.  It helps if the words of the song actually mean something, unlike say “Wooly Bully” by Sam the Sham and the Pharoahs, and that they are not so current that your interlocutor will recognize them immediately.  I find the Beach Boys’ “California Girls” to be particularly helpful as I counsel my two sons on what part of the country they may want to settle in once they’ve graduated from college.

“Well, East Coast girls are hip–I really dig those styles they wear,” I say, reminding them of one of the advantages of returning to New England.

“Yeah, if you like Uggs,” says the younger of the two, who’s thinking of staying below the Mason-Dixon line.

“The southern girls–with they way they talk–they knock me out when I’m down there,” I say, giving that warmer region of the nation its due.

Even an elevator conversation can be enlivened by this rhetorical trick.  “What’s new?” a colleague asks as he pushes the button for his floor.  “How is the world treating you?” I fire right back, understanding that his words to me were a greeting, not a question.

“You haven’t changed a bit,” I say as I step off the elevator.  “Lovely as ever–I must admit,” thereby completing the first verse of the Johnny Burke and Bob Haggart classic of 1939.  The guy tries to hide his embarrassment as there are other people in the elevator, so I throw him a bone of explanation.  “For my money,” I say as the doors close, “the best version is on the ‘Louis Armstrong meets Oscar Peterson’ album.”

Lyricizing your conversations isn’t just for fun, however.  It can help defuse an argument with your spouse over his or her lack of affection.

“A fine romance this is, a fine romance–with no kisses,” you complain amusically, channeling Billie Holiday.

“What do you mean?” your opposite number says.

“You’re calmer than the seals in the Arctic Ocean,” you say bitterly.  “At least they flap their fins to express emotion.”

One thought on “Yours for a Song”