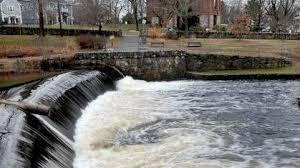 EAST NATICK, Mass.  Mike Regan is working from home these days in this fictional suburb west of Boston, and generally doing a good job observing “social distancing” guidelines that discourage close contact with others.  “That part I have no problem with,” he says as he makes the daily walk down to the local coffee shop for a no-foam latte.  “It’s the damn phony cheerfulness that frosts my ass.”

“It’s so pleasant here.  Why do people have to spoil it by saying ‘Hi’?”

And indeed as this reporter accompanies him on his one trip outside the house, friends, neighbors, passing acquaintances and total strangers greet Regan with cheerful waves and hellos, an encouraging sign that the nation is, against, coming together in this time of crisis and that we’re all in this together.

“Morning!” a grey-haired woman calls out from across the two-line state highway that runs through town.

“Grmumph,” Regan grunts, barely nodding, leaving the woman shaking her head as she turns to glare at the software engineer who will work from home until the shelter in place guidelines are lifted.  Despite the surgical mask she wears, this reporter detects a scowl spreading across her face from her uplifted eyebrow and gimlet gaze.

Regan is a stage 4 misanthropist, and out-and-proud about it.  “I like to think I’ve elevated a rather elementary rule–dislike of certain individuals–to a universal principle that I apply regardless of race, creed, color, religion, hat size or the make and model of the car you drive.” 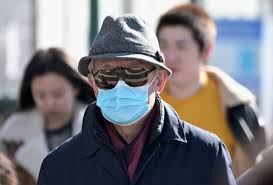 A misanthrope is a person who dislikes humans even though he shares many characteristics with that species.  “Misanthropes get a bad rap,” says epidemiologist Martin Byrum, a part-time misanthrope who saves his bile for weekends.  “We wouldn’t need all these stupid government rules if people would just let their suppressed animosity bubble to the surface, like some kind of hazardous waste or petroleum product.”

That seems unlikely for the time being, as many are showing the better side of human nature by making grocery store trips for the sick and shut-in, and in some cases even suspending political disagreements with people they detested as recently two weeks ago.  “I suppose if my MAGA-hat wearing neighbor Chuck next door died I’d miss him,” says the town’s Green Party Chairman, who has run unsuccessfully for municipal offices ranging from Animal Control Officer to Measurer of Wood and Bark.  “I’d miss the convenience of venting my spleen right next door if I had to travel two towns over just to hate somebody.” 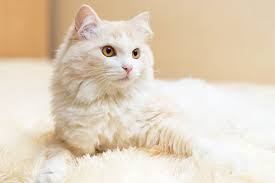 By contrast, people such as Millie Tarnwall are surviving the COVID-19 crisis just fine, thank you.  The 63-year-old woman is an agoraphobe, a term used to describe people who become anxious in open spaces, public transit or other environments where they are uncertain of their surroundings.  “There’s a misconception that agoraphobes raise angora cats,” says the owner of three cats, none of them Turkish Angoras.  “People used to think I was weird because I never left my house, now all of a sudden I’m a trendsetter.”

One thought on “As Crisis Drags On, Misanthropes and Agoraphobes React Differently”