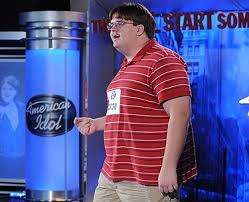 DURHAM, North Carolina.  It is, members of the profession say, a hurtful form of “hate speech,” but one that is still acceptable among otherwise-polite Americans.  “Whenever I hear an anti-accountant joke, I just bite my tongue,” says Merle Otis, a partner in a ten-person regional firm in Muncie, Indiana.  “Like ‘What’s an accountant?’” he says over a lump in his throat.  Hearing no response, he continues: “An actuary without the personality.”

“Stop depreciating me–I’m not your asset.”

For years, the American Institute of Certified Public Accountants “turned the other cheek” at such japes, thinking it was better not to take offense and be viewed as “regular guys and gals,” Otis says–but no longer.  “We’ve got a new sheriff in town who’s not going to lead with his chin,” he says, mixing his metaphors as he nods in the direction of Lloyd Calvert, incoming president of the trade group.  “He’s like Trump–finally somebody who will fight back instead of being an area throw rug for people who abuse us.”

The decision to change course isn’t merely a matter of battered self-esteem, however, as the profession’s financial security is at risk.  “People aren’t using the full range of services we offer,” Calvert says.  “We hear from clients the first week of April to prepare their taxes, but too many of our members sit around twiddling their thumbs the rest of the year.”

So the number-crunchers are going after those with the most accumulated assets–so-called “baby boomers,” those born between 1946 and 1964–marketing to them with the one common denominator that has characterized their tastes over the years; music with rebellious lyrics that put a line of demarcation between them and prior generations. 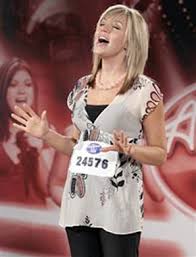 “I’d like to get you between the Excel spreadsheets . . .”

Auditions began yesterday at the AICPA’s headquarters here, and the group allowed this reporter to sit in to hear what background music in bland public service announcements promoting the profession will sound like when the public relations campaign is launched in the fall.  First up is Greg DeMasters of Needham, Massachusetts, a folk-style singer who draws inspiration from Woody Guthrie’s “Pretty Boy Floyd,” a ballad about an Oklahoma outlaw who pursued a Robin Hood policy of robbing banks and giving some–but not all–of the money to the poor:

Gather round you children, a story I will tell–
about a CPA named Michael,
Massachusetts knew him well.

The ballad tells the story of an accountant who relied on a client’s false representations for years and was innocently caught up in a “beefalo” tax shelter, first losing his right to practice before the IRS, then being charged with aiding and abetting the scheme when the client’s wife spilled the beans in an unrelated divorce proceeding. 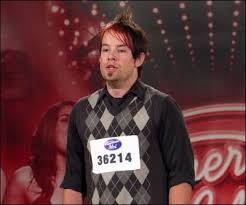 “For some reason, you only talk to me during tax season.”

“That was really nice,” says Clint Ferber, a sole practitioner in Keokuk, Iowa.  “We really can’t be responsible for what our clients do even if we knew or should have known they were up to something fishy after preparing the taxes for umpteen years.”

Next up is Melinda Wilson, a willowy blonde from Butte, Montana who introduces herself by noting that she “literally grew up surrounded by debits and credits, playing in my dad’s office over a hardware store.”  That little touch seems to warm the chilly hearts of some members of the focus group, who smile as Urquhart launches into “Your Receipts Are a Mess.”

I don’t know what you were thinkin’, she sings with her eyes closed,
Saving your stupid receipts,
from ordinary commuting
and stuff you bought to eat.
Unless it’s business travel
or a legitimate expense
I can’t itemize this crap for you
or come to your defense.

“Just beautiful,” says Orel Newcomb of Chillicothe, Ohio, who has been trying to grow the consulting side of his firm’s business for years.  “Nobody gets rich doing audits, and the liabilities are tremendous.”

Last up is a young man who, like the late purple-clad rock star Prince, dresses in just one color–black–and uses only one name, “Mort,” which he discovered in his high school French class means “death.”  His approach is different from the others, as he launches into a full-bore assault on tax preparation software, which robs CPAs of a vital source of recurring revenue in a manner comparable to the steam engine that put steel-driving man John Henry out of business:

You really think some software program
can give you personal service?
What next–a freaking robot?
It kinda makes me nervous.
When all the accountants are dead and gone,
the Jerrys, Chucks and Norms–
who’s going to be around to carry on
and fill out those IRS forms?

“Very moving,” says Duane Thomas, Jr., who followed his father into the profession.  “Just try and get somebody on the TurboTax customer service line at midnight on April 14th.”

One thought on “CPAs Fight Stodgy Image With “Outlaw” Music”