BURLINGTON, Mass.  At Infomatrixtech, a technology company along Route 128 here, Tim Philman is viewed as an essential team member because of his skill writing software code, but one who’s always on the verge of free agency.  “Tim’s pretty much a loner, and we make allowances for that,” says his manager Al Chace.  “I don’t like meetings either, but I’m in a leadership position so I have to go.”

But Philman, and others like him, say the skills they’re valued for are an outgrowth of personality traits that make them anti-social, a paradox that chafes at them every working day.  “It’s like a Mobius strip,” says Ian Krisp, who works at Applied Widgetronix two exits down the highway.  “You . . . do know what a Mobius strip is–don’t you?”

The coping mechanisms that Philman, Krisp and others of their ilk use to avoid human contact include attendance at meetings by phone, email, texting, and eating lunch outside in the company’s parking lot.  “I could get a lot more done if people would just leave me alone,” Philman says through tightly-clenched lips over the top of a partially-lowered window of his car.  “The President–or that lady who stands next to him on TV–says we should stand six feet apart from each other.  I’m just being patriotic, okay?” 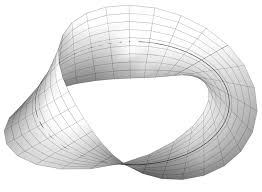 New “social distancing” rules have caused many “office loners” to proclaim the coronavirus crisis their career moment in–or perhaps more precisely out of–the spotlight.  “It’s our time,” says Darrell Swuthers, who closes the door of his office at Torquemada Industries in this reporter’s face, before adding thoughtfully “I’m not shutting you out because I don’t like you personally, I dislike everybody.”

But some of the “bizanthropes,” as they are sometimes referred to, are seeing the crisis as an opportunity, and are using “social distancing” as a means to dive deeper into the isolation they relish.  “Hey could you guys take me off this email list,” Philman tapped out yesterday afternoon to his fellow floor fire-marshals.  “It’s pretty much the end of the world as we know it anyway, so who gives a rat’s ass whether people know which stairwell to take if the place is burning down?”

Linda Frombeck, the company’s office manager, scans the email and one eyebrow shoots up involuntarily.  “Hey Tim, got your message,” she replies cheerfully.  “That’s rule #1 around here, so I need somebody to ‘step up to the plate.’” 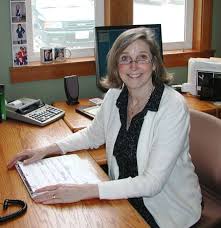 “It’s actually rule 3.1(a)(iii),” Philman replies before ducking out the back door so he can make the first heat of his remote-control monster truck club’s Thursday night race, where he and fellow loners will practice social distancing together. 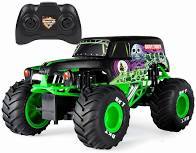 Over at Applied Widgetronix, Krisp’s secretary is about to hand him an inter-office envelope that contains a birthday card for Norah Sturgis, a long-time employee who is retiring today after 24 years with the company, but he recoils with more-than-mock horror.  “Please!” he says, grabbing a face mask out of his office drawer that he has neglected to wear until now.

“We’re collecting contributions for Norah,” his secretary says.  “We’re thinking of getting her a slow-cooker for retirement.”

“You know, all the bills in my wallet–I got them at a convenience store this morning,” Krisp says.  “It would probably be better if they were quarantined for a while to make sure they’re not infected.”

“I’ll just take this down the hall to Human Resources, you let me know when you’ve got the ‘all clear’–okay?”

As for Swuthers, he pulls in his driveway and is greeted by his wife at the door of their two-bedroom colonial in nearby Lexington.  “Dinner’s in the oven,” she says cheerfully, knowing that her husband is probably exhausted from a hard day of repulsing human contact.  “I thought maybe we could watch TV together tonight, there’s a new series starting on Netflix about the Royal Family and . . .”

“Don’t you know there’s a pandemic going on?”