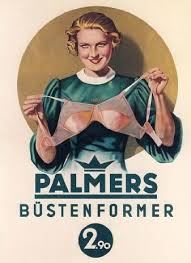 A Boston-area woman has earned the nickname “The Bra Whisperer” for her skill at properly fitting women with undergarments.

We was hunkered down on our haunches–me and the kid who’d won a Mademoiselle summer internship, like Sylvia Plath–in the foundation undergarments pen where we’d been busting breasts for the better part of the morning.  It hadn’t taken me long to figure out that the kid didn’t know nothing about bras, much less teddys or body shapers.  First female out of the box it had taken him ten minutes to size her, rassle her into a changing booth and try to solve her problem.  Eventually I had to take over.

She’s too East-West I said, eschewing quotation marks like a character in a Cormac McCarthy novel or somethin’.  The woman was a pert lady golfer from Shaker Heights, Ohio.  Her bra fit like she had a bookshelf full of bodice rippers inside her Pepto-Bismol pink top.

Looks like two hogs fightin’ under a sheet, the kid said.

I glared at him like he was a frozen Mexican dinner I was tryin’ to defrost.  Where’d you learn to say that? I asked.

I took me a correspondence course from the Dan Rather School of Homespun Similes, he said.

Figgers. What Dan Rather don’t know about honest down-to-earth, God-fearin’ faux-bumpkin slang would fit in the navel of an orange with room left over for a fruit fly, I said.

The kid looked embarrassed and he had every right to be.  That saying is to be applied only to the view from behind of a woman just starting a Jenny Craig diet walkin’ down the street in yoga pants, I said with disgust.

The kid was silent for awhile, then spat onto the ground, as if to prove he knew his ass from a hole in the ground even though he’d made such a rookie slang mistake.  The sun was getting higher in the sky and perspiration was starting to run down our faces like rain off a tin roof.  We heard the gentle hum of a Scandinavian-engineered car on the horizon and looked out towards State Road HH.  A Volvo station wagon turned left onto the long drive that led to Doc Lowe’s rodeo lot, where we was holdin’ a special two-day bra-fittin’ event.

Why’s that? the kid said. 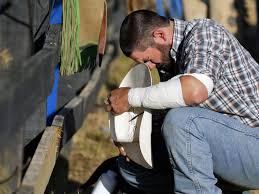 Unless I miss my guess this here’s a woman never much paid attention to her bra all the way through college and grad school, I said.  Didn’t have to–nobody cares what you look like in a student lounge.  Now she’s got her JD or MBA or whatever and is fixin’ to start her first real job.  Someone took her aside–a senior woman, a Sallie Krawcheck-type–after her last interview and pulled her blouse-tail.

Pulled her blouse-tail? the kid asked.

Did you graduate from that Dan Rather course, or just audit it? I said.

I got a certificate, it’s in the bunk house he said. 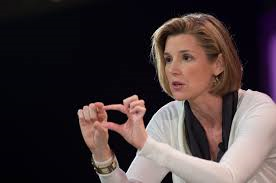 Sallie Krawcheck:  “You need a longer band, NOT bigger cups!”

It was my turn to spit as a sign of the contempt I felt for the kid.  Whatever you paid for it was too much.  Like I was sayin’, somebody took her aside and said she needed her bra fitted by someone who knows what the hell they’re doin’, a real bra-whisperer.

My spleen was vented by then and I turned to where the Volvo had come to a stop.  A woman got out and from twenty yards away I could tell she’d just been guessing her size since she first got out of a training bra.  Bought whatever was on sale in her “size.”  I know I told you I wasn’t gonna use quotation marks to prove my bona fides among tough-guy western bra-wranglers but this was different.  I was bein’ sarcastic which is okay on the wind-swept prairies where men learn how to size a bra the hard way or they don’t learn at all.

“Excuse me,” the woman said.  She was allowed to use quotation marks–probably called them “inverted commas” when she was an undergraduate English major.

Yer lookin’ at him, I said.

Not the kid, me.  The kid couldn’t pour piss out of a boot if there was instructions on the heel.

“Oh, okay.  Well, uh, what are your qualifications?” 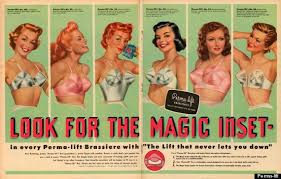 I coulda seen that one comin’ a mile off.  She’d built her whole life on the phony-baloney credentialism of American higher education, she figured everybody else is the same way.

You know there’s an old Will Rogers movie . . .

He’s a cowboy got a turnpike named after him in Oklahoma where they sell glow-in-the-dark Chinese backscratchers.

And a guy asks Will Rogers if he has a birth certificate and Will Rogers says where he comes from people meet you they figure you’ve been born they don’t need to see a piece of paper to be convinced of it.

“What does that have to do with my ill-fitting bra?”

A lot.  It means I don’t have a diploma from the Overholt School of Lingerie Fitting, but I grew up on a bra farm.

“I didn’t know there was such a thing.”

My daddy owned Mid-Missouri’s Finest Ladies Specialty Shop–and he didn’t spell shop shoppe.  He had the biggest selection of bras in any direction for fifty miles, all the way over to Jeff City.  I was washin’ down bra mannequins when you weren’t even a gleam in your daddy’s eye lookin’ at your mom sidewise to see how full-figured she was.

The woman glanced down at her foot and pawed at the ground as if she was tryin’ to dig up a sales slip to return a push-up bra her husband bought her for Valentine’s Day.  “Well, I suppose that’s good enough,” she said.  “Anyway, someone recommended I come see you.”

Go get the sample trunk, I snapped at the kid.  And don’t stop to flip through the Victoria’s Secret catalog in the outhouse.

No problem, the kid said.  God I hate it when your so-called millennials do that.  I know it’s not a problem, it shouldn’t be a problem–just do it.

The kid ambled off and I said c’mere to the woman.  She stepped forward shyly and I sized her up.  Women is like horses I said to her as I squared her shoulders.

“That’s kind of insulting,” she said, bristling a bit. 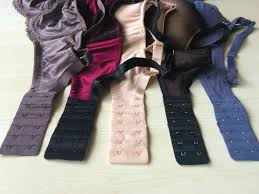 No offense intended, ma’am.  It’s just that every one of ’em’s different.  Two women can both be a B cup and need completely different bras.

Where a lot of women go wrong is they figure, big cup, big band.  But you can be a D cup and still need a small band.

“How is that physically possible?”

I wanted to tell her about Nina, the ballet dancer from the Joffrey I’d dated for four ambiguous months.  She was shaped like a spinning top, it really helped on her pirouettes.  I thought better of it and buttoned my lip.  I was being paid to whisper, she didn’t want to hear about my failed love life.

Believe me, it’s possible, I said.  Lemme get a look at your puppies.

I cast an eye over the gently rolling mounds of her north forty.  I didn’t want to lift up her blouse, but I didn’t need to.  I could see what the problem was.

You keep wearin’ that bra you could be arrested for cruelty to animals, I said.

I’m talking about those two in there, I said.  It’s dollars to donuts your underwires are diggin’ into you–am I right? 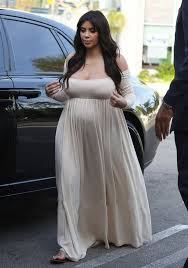 “I caught a couple of strays headin’ off the ranch.”

She made a little moue, which I suppose meant she wasn’t happy to hear what I said.  Maybe you don’t like what I’m sayin’–you don’t have to listen to me, I said.  But the last woman who ignored my advice ended up all red-faced at a charity gala when her gals jumped the lace fence and headed for the open range out the top of her gown.

“Oh dear–that must have been awful!”

It was, ma’am.  They had to call the animal control officer to get them back in their pen.

The kid had returned by then with my extensive collection of high-quality bras in cup sizes ranging from A to K.

I’m going to have to ask you to avert your eyes now, I said to the woman.

The reason I whisper is because they’re shy, I said.  They don’t want you to know how they feel.

“Sounds pretty ridiculous to me,” she said. 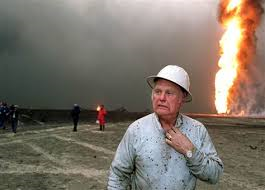 Ain’t that just like a woman–no feelings at all, I said to the kid, tryin’ to break the sudden air of tension that had descended upon our little threesome–actually I guess we were a fivesome.  I’d heard Red Adair, the famous oil well fire-fighter, used to do the same before risking his life going into a dangerous situation.

“All right,” she said, and she turned her head to take in the gentle beauty of the central Missouri countryside; rolling hills, stalks of sorghum waving in the field.  She smiled and waved back.

You don’t have to do that, I said.  They’re just plants used for grain, fiber and fodder.

“Now who’s the one without feelings?” she asked with an uplifted eyebrow. 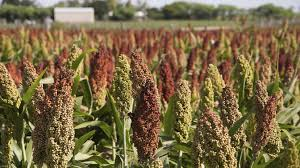 I walked right into that one, I said.

I bent at the knees and moved in closer to her bodice, where I saw two frightened little girls who’d been crammed into cups too small, with a band two inches too short, for much too long.  They were spilling over into the armpits, and if I didn’t act fast they’d be stuck in a ditch, like an ox in the Bible, and we’d never get them out.

How you all doin’? I asked.

“It’s crowded in here,” the one on the left–my left, not hers–said in a high-pitched squeak.

“Taupe,” said the one on the right.

All right, let me see what I can do for you. 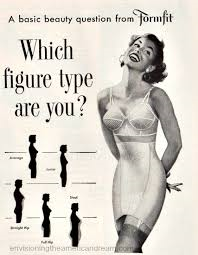 I reached into my bag of tricks–actually, bras–and rummaged around for a bit.

I think I may have the answer, I said.

“What?” the three of them–the woman and her breasts–all said with a breathless tone of optimism.

It’s called a balconette ’cause it looks like a balcony.

“What’s that?” the one on the left asked.

It’s a bra with cups cut in a way that reveal more of the top and inner parts of the breasts.  It could give you guys some breathing room.

The conferred among themselves for a moment, the woman said she didn’t think it was very professional-looking, the one on the right said oh come on, this isn’t the fifties, everyone’s dressing more casually these days.

“All right,” the woman said finally, and although she still had a look of hesitation on her face, I could tell she was relieved.  I gave her four–white, pink, ecru and black for evening wear.

“We don’t know how to thank you,” said the one on the right.

Just doin’ my job, I said with the modest aw-shucks demeanor we bra-pokes are known for.  Hey, I know what you can do for me, I said.

“What?” the one on the left asked.

Do you know any Shakespeare?

They looked at each other, then up to their owner.

I been hankerin’ to use this joke for a long time.

You guys are like a balcony you could do Romeo and Juliet from.

One thought on “The Bra Whisperer”