Have a mom who criticizes your cake-decorating skills?  Wondering why she always praises your brother’s water-skiing and not yours?  Ask Your Maternal Buttinsky Advisor, she’s full of vindictive ideas!

I am dating this boy “Randy,” that’s his real name but he likes the “look” of quotation marks, he uses them on all his notebooks and his locker label.

My mom is a widow, our dad died of late-onset Osgood Schlatter’s Disease two years ago.  She met “Randy’s” dad at a PTO meeting, he is a widower, his wife died when her hand tragically got caught in ball return at the West Broadway Bowl-a-Way.  The two hit it off and now they say they’re going to get married, which will make me and “Randy” step-brother-and-sister, right?  As far as I know, that means we can’t legally get married–which we fully intended to do before my mom butted in.

Please use the self-addressed stamped envelope I have enclosed that says “Your subscription to American Girl is about to expire!” on the outside to throw my mom off the scent.

I have good news for you!  Even though you and “Randy” will be related by marriage, statutory prohibitions on incest apply only to blood relatives, so you will be able to marry as soon as your reach legal age.

As for the low I.Q. part, I think you have that covered. 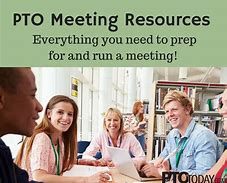 PTO:  A great place to meet your next significant other!

Last night our house burned to the ground when the kids forgot to unplug their Creepy Crawler maker after a day of creative fun.  I had to scooch across the floor to keep from dying of smoke inhalation, and when we got out I took the kids to my mother’s house, my dingbat husband was off at his fantasy PGA Golf Tour draft night.

When we got to my mother’s she took one look at me and said “I can’t believe you left the house without throwing on some make-up.”  Then she saw my blouse, which was dirty and wrinkled as you might expect, and she said “Honey, don’t you own an ironing board anymore?”

She says this is her way of showing her love for me, but I think she could cut me some slack under the circumstances.  I forgot to mention, she is Presbyterian.  Any suggestions? 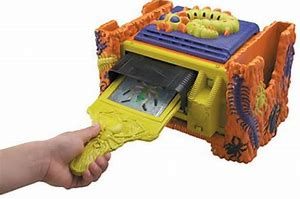 I’m afraid I’m going to have to side with your mother on this one.  The Creepy Crawler toy has been subject of a series of recalls by the Consumer Product Safety Commission, which as you may know is staffed by zealous advocates fighting for our rights who leave work every day at 3 p.m., I should be so lucky.

When thing have calmed down a bit, I suggest that you and she arrange a marshmallow roast with the kids over the smoldering embers of the house they set on fire! 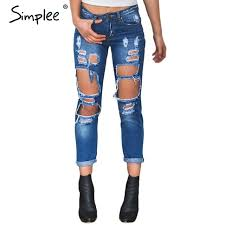 Dear Ms. Buttinsky or whatever–

I am writing you as a “pre-emptive” measure before my daughter Debbie gets to you first.  She came home from spring semester at the University of Missouri with her jeans torn to shreds like they’d gone through a wood chipper.  Being the thoughtful mother that I am, I got busy on my sewing machine and patched up all the holes, then presented the “finished product” to her when she woke up, which I might add was just in time for lunch.

Debbie starts shrieking and says “Mother, what have you done!”–just like that, without even a “Good morning.”  I said I have sewed up all the holes, you must have fallen down the rock pile in the end zone of the football stadium, they were so torn up.  She breaks into tears and says “take them all out, those were a $188 pair of jeans!” and I said, like the farmer the first time he saw a giraffe, there is no such animal.

Then she showed me the sales slip from someplace called “Lulu’s” and I guess I am wrong, there are people in this world stupid enough to pay nearly $200 for a pair of “dungarees.”  I firmly believe I did the right thing even though some might say I was being a buttinsky.  I was only thinking of Debbie’s health, she could have caught bronchitis or allergies through the holes and have to drop out of school and die. 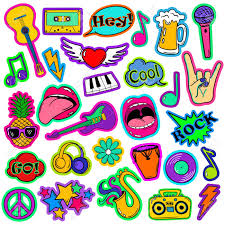 I believe you have stepped in a steaming pile of “buttinsky” doo-doo with this one.  While the Greek philosopher Aristotle said the family was the basic unit of society, he did not say that a mother has a right alter her college-age daughter’s clothing except in the case “hot pants” or plunging neckline cowl sweaters that give boys a spelunker’s view of deep chasms of mammary glands.

To “patch things up” with Debbie, I suggest you buy some “hip” iron-on patches in popular styles such as unicorns, rainbows and peace signs, and use them to repair the damage you have done to those designer jeans and your relationship with your daughter. 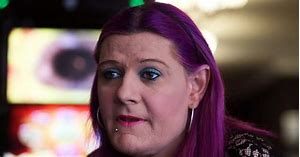 My boyfriend Ron decided out of the blue last Christmas that he was going to “transition” to female, and broke up with me.  He is now nearly six months into his treatment and is working as “Rhonda” at the Piggly-Wiggly Super Market.  He isn’t fooling anybody–he’s got an Adam’s apple as big as a cue ball–but I must say his complexion looks better with the foundation makeup and blusher he is using.

Anyway, my problem is, the Piggly-Wiggly is the only place to shop in town and I was going through the “express” line the other day with 12 items, including cucumbers and tomatoes, I was going to try making a salad for once.  Who do we get as cashier but “Rhonda,” so I was polite as could be but my buttinsky mother took the vegetables off the conveyor belt and set them to one side.

I asked “Momma, why did you do that?” she says in a voice that could be heard two lanes over “Don’t you know transsexuals transmit diseases, you don’t want to buy anything from them that isn’t in a can or at least wrapped in cellophane?”

Well, I turned beet red, and “Rhonda” gave me the hairy eyeball.  I was beside myself, as I am trying to stay on her/his good side in case he changes his mind.  My marriage prospects in this godforsaken one-horse town are slim and none, none being Ray Edmonds whose daddy owns the Chevrolet-GMC-Hyundai dealership and it would take the Jaws of Life to pry Cindy Sumack off of him.

Will wait for your reply before doing anything drastic, I am not yet ready to go lesbian.

I feel for you so!  Many girls are losing their men to the “gender-bending” fad that is sweeping the nation, and your mother should definitely have let nature take its course as many formerly “out-and-proud” types who go the full nine yards with earrings and make-up eventually return to their “home team.”

If I were you, I would leave “momma” home next time you go shopping.  I know she probably likes to get out of the house but there is a time and place for everything, and remind her that “Days of Our Lives” is only on the TV once a day.