HIBBING, Minnesota.  After weekend tributes marking Bob Dylan’s 80th birthday appeared in the national news Sunday, word got back to this town of 17,000 in northeastern Minnesota that its most famous local musician was being celebrated for his longevity and not, for once, his creativity.  What did he think of the milestone, this reporter asks Al Sklarski, a shift supervisor at a local iron mine.  “You mean Gary Puckett?  I used to love that song of his, what was it–‘Lady Willpower’?”

When informed that the subject of the profiles was Bob Dylan, the world-renowned singer-songwriter, Sklarski drew a blank.  “Never heard of him,” he said as he took off in his pick-up truck.

The confusion stems from the fact that when Dylan left Hibbing at the age of 18 he was known as Bobby Zimmerman, son of a local appliance store owner.  Dylan changed his name after moving to New York City, and skyrocketed to fame when the folk themes and styles he revived found a new audience among college protestors in the 1960’s.

But others in this town recall Zimmerman/Dylan with a mixture of pride and regret.  “He could have been one of the great ones,” says Mike O’Dwyer, owner of O’Dwyer Appliances.  “He could’ve become manager of his dad’s appliance store and done real well for himself.  Instead, he took the easy way out and became a Nobel Prize winner.”

Dylan got his start singing at “Sidewalk Days” promotions for his father’s store, which handled several major “white goods” brands including Maytag and Frigidaire.  An early attempt to capture the discontent of the fifties was his “Dryin’ in the Wind,” about the superior quality of a stackable, front-loading Amana washer/dryer:

How may loads can one dryer dry
Before its motor conks out?
Where do you get the best appliance deals–
At Zimmerman’s, there’s no doubt.

Competition was intense among aspiring folk singers in the late 50s and early 60s, but Dylan outpaced others with his gift for wrapping political commentary in powerful lyrical images.  “A lot of people thought Phil Ochs would emerge as the voice of that generation,” says Arnie Welstead, former editor of Folksong! magazine.  “Where Phil went wrong was he was tough on warranty claims if your ‘big ticket’ item broke.” 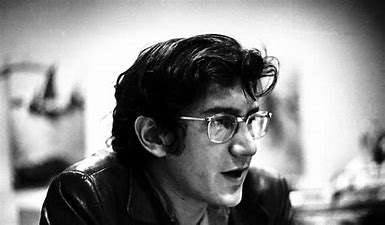 Phil Ochs:  “If only I’d had Dylan’s background in gas and electric ranges.”

In addition to Dylan and Puckett, Hibbing was home to Kevin McHale, forward for the Boston Celtics and later coach of the Minnesota Timberwolves, the professional basketball team, not the carnivorous predators.  The local Chamber of Commerce here has invited the three famous sons to a “Celebration of Hibbing” tentatively scheduled for October of 2022, when Puckett will turn 80.  When asked if he would attend, Dylan, a reclusive artist known for his obscure lyrics, replied in a cryptic email “What time is the Early Bird Special at Applebee’s?”