BOSTON.  To a casual observer, Morton Freeman, a 62-year-old executive, and Kaitlyn Munro, a 26-year-old environmental activist, look like an odd couple as they stand outside Luciana’s, a “fast-casual” restaurant in downtown Boston known for its salad bar.  “I’m not here to save gay baby whales,” Freeman says with the sardonic humor he normally uses to abuse business competitors.  “This is a single-issue collaboration,” Munro says as she gently ushers a “no-see-um” bug off her tattooed forearm to avoid killing the tiny insect.

“If present trends continue, we’ll have to open the windows in the board room!”

What has brought the two strange bedfellows together in a political salad is the Partnership for a Kale-Free America, an unusual coalition of business and environmental groups united in their desire to stop the spread of kale, the leafy, green vegetable that has swept the nation’s cuisine in the past decade because of its nutritional value and awful taste.  “Sure kale has potent anti-cancer properties,” says Freeman as he hands a “Please don’t eat kale” flyer to a woman.  “But it’s also the major cause of office flatulence, which is a significant drag on service industry productivity.”

Munro came to her opposition to kale from an entirely different angle.  “Kale farts release methane and carbon dioxide into the atmosphere, which increases global warming,” she says, her forehead furrowed with lines of concern.  “It’s bad enough that Americans eat cows so we have like entire herds of stupid animals standing around pumping gas into the atmosphere.”

“Read it, okay?  And then just have a smoothie.”

Kale’s gas-producing properties are caused by raffinose, a sugar that is difficult for the human body to break down.   Raffinose belongs to a group of carbohydrates called oligosaccharides, a small group of sugar molecules that control human internal organs the way oligarchs control many governments.  “Once oligosaccharides get into your small intestine, you can kiss democratic elections goodbye,” says Dr. Emil Nostrand of Massachusetts Gastrointestinal Hospital, or “MassGas” as it is referred to colloquially.  “You have no choice–all you can do is say either ‘Excuse me’ or ‘I didn’t do it.’” 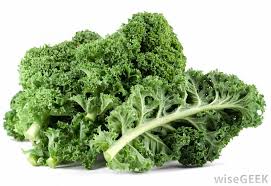 The lunch hour winds down and the two leafletters prepare to part as reinforcements arrive from the home office of the organization, which is located upwind.  “I guess our work here is done for now,” Freeman says to Munro as he removes a brightly-colored vest with the group’s logo over his heart and struggles visibly to relate to the much-younger woman.

“Would you . . . like to duck into Starbucks and maybe have a cuppa Joe?” Freeman says, using shopworn slang that he learned in college four decades before.