I have come to Vanuatu as so many pilgrims have before me, seeking religious freedom.  The freedom to worship as one chooses is a basic human right, and yet people of my faith–the Church of Don King–are persecuted wherever we go. 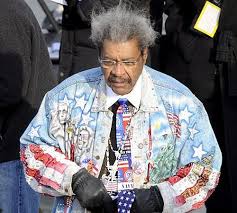 And so it is with a gigantic breath of relief that I look out over the assembled masses of Kingons–Kingites?–Kingians?–who are gathered here for an inspirational sunrise service.  We face east, back towards Cleveland, Ohio, our Mecca.  It was there that our Lord and Savior was born on Kingmas Day.

What’s that you say?  Didn’t our God kill two men?  Well, yes he did–but who among us hasn’t?  As Jesus said, let he who is without sin cast the first stone.  We’re talking about a God here–a member of the Gaming Hall of Fame.

And anyway, the Christian God kills people all the time with floods and avalanches and hurricanes and tornadoes.  At least our God has the decency to shoot them in the back or stomp them to death on an individualized basis–it’s the personal touch that makes the difference! 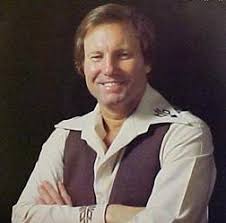 Besides, our God was pardoned when he got letters of recommendation from Jesse Jackson and Coretta Scott King.  Your God gets recommendations from–Jimmy Swaggart.  ‘Nuf said.

A hush falls over the congregation as acolytes bearing candles, incense and free throwback “Rumble in the Jungle” t-shirts emerge from the sacristy to the altar.  They make their way up the aisles with collection baskets in their hands.  Sure it’s cheaper to watch at home on Pay-Per-View, but nothing beats the experience of a seeing a figh–I mean a religious ceremony live.

I give the guy five bucks and he hands me a slightly faded but still crisp “Thrilla in Manila” one-size-fits-all cap.  Sweet!  Unlike a lot of your establishment religions that offer you nothing but pie-in-the-sky, worship at the Church of Don King produces immediate and tangible rewards.

We bow our heads, fold our hands and kneel in anticipation as the God Who Walks the Earth and Controls All Weight Classes appears.  He makes a grand entrance, clothed in a multi-colored robe and stars ‘n stripes accessories.  He raises his hands heavenward and intones the familiar words that, like the referee’s injunction to “Protect yourself at all times” begins a boxing match, serves as introit to our worship.  “Let us pray,” his Donhead says.

“Only in America–could a South Seas island tribe worship an ex-convict!”