Skip to content
Recent Humor
Holy Criminal Clothing, Batman!
For One Young Director, Film Noir’s as Dark as Crankcase Oil
The daughter of Tom Hanks looks very much like her father, Tom Hanks…
Estate Planning for Cats
Did we not all agree to stop this…

We Americans, we are so narrow-minded, so unsophisticated, so provencal!  We are opposed to cliches, which are the fat in the boeuf bourgignon that is the French language, giving it the savory taste that is loved by people around the world. 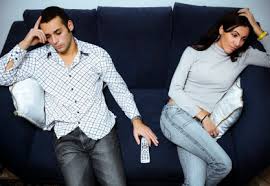 In France a cliche is not frowned upon, as here.  In French, cliche referred originally to a frequently-used printing plate, comparable to what we call a “dingbat” in America, but different from your wife’s dingbat friend with the yellow Volkswagen.

Thus, the French use cliches as keys to understanding in everyday speech.  Par example, you will often hear one of those slim, stylish French women who are the fashion conscience of the world exclaim “Mon Dieu!  I have lost les cliches to mon Citroen!”

A sprinkling of French cliches in your everyday speech can make you seem worldly and cosmopolitan, and let’s face it–anybody who spends as much time at tractor pulls as you do could probably use a conversational makeover, if only to impress your snooty neighbors with the matching National Public Radio tote bags.  Ooo–big spenders!

Thankfully, much of the French language consists of “cognates”–words that look and sound alike in two languages, and mean the same thing.  Thus, Les Miserables in French refers to same overpriced Broadway show in English!

“Anybody wanna buy a ticket to ‘Les Miserables’?”

That makes it easy and fun to pick up French cliches you can use to lend yourself an air of, how you say, je ne sais quoi. Ready?  Allons-nous! (Let’s go!)

Exactement!  Use this word to indicate emphatic agreement with another speaker who has just  comprendezed something you have said.  When it appears on the screen of a machine de vendant du Coca-Cola, it means you must deposit exact change.

Vraiment (?) (!) This word may be used to express either surprise–spoken with an interrogatory inflection–or affirmation, as in “I kid you not!”  Like the Hawaiian expression “aloha” it can also be used to mean “Hello,” “Goodbye,” “Your slip is showing,” and “Employees must wash hands before returning to work.”

Chacun a son gout! The French are a tolerant people, and this phrase is the Gaullic equivalent of Sylvester “Sly” Stone’s saying “Different strokes for different folks.”  If your gout worsens, be sure to have your carte d’insurance ready when you check in to the emergency room.  Use this phrase after you say “Non thankez-vous” when someone offers you une escargot.

Plus ca change, plus ca meme chose! The Cleveland Indians won’t make the playoffs.  The Republican Party nominates its oldest white guy to run for president.  Your brother-in-law Darrell asks for a loan to start a chinchilla farm in his basement.  Some things never change, and no one knows it better than the French!  This phrase, uttered with a mixture of resignation and amusement, can get you through the most boring reception at a French embassy.

Hors d’oeuvre. This phrase refers to a pre-dinner snack that whets your appetite for the main course.  Translated literally, it means “out of work” and in the current financial environment, it can help mask the pain of being downsized.  Here’s an example of how you can use this expression in a sentence:  “My sister’s husband Duane got laid off out at the binder clip plant and has been hors d’oeuvre for six months.”

Available in Kindle format on amazon.com as part of the collection “Those Crazee French.”