Skip to content
Recent Humor
Chocolate Frosting and Why Should Share IT
Let’s Put On a Show
Gowron Swanson…
Cartoon: CSI: Mar A Lago
LitMag Caters to Those Whose Summers Are Bummers

BOSTON.  Caitlin Morgan was excited when she was hired by the National Ingrown Toenail Foundation as its first full-time development director, but also a little nervous.  “The organization was dying from a lack of funds,” says the recent graduate of Boston University’s graduate program in Non-Profit Administration.  “Their annual gala only made about $20,000, and their telethon was in the red because people were just volunteering so they could make free long-distance calls.” 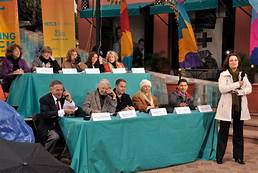 With wealthy donors feeling the pinch of a stagnant wages and competition from other charities eating into her donor base, Caitlin opted for a fund-raising event the organization had never tried before–a 20-mile walk-a-thon led by Ted Nelson, a local TV news anchor, with a tie-in to a regional healthcare giant, the New England Institute of Chiropody.

“Our board of trustees was really excited for the first time in a long while,” says Executive Director Martin Schramm.  “I give Caitlin a lot of credit for her idea, even if it didn’t exactly turn out the way she planned.” 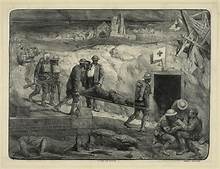 Problems began to surface as early as the half-mile mark.  The charity’s 2022 poster child, ten year-old Chris Connor, dropped out when he saw Richie’s Slush cart, a sidewalk vendor who had set up shop along the route from suburban Wellesley into Boston.  “Gimme one quick!” the boy cried, unable to go on and forced to use some of his pledge money to pay two dollars for a large lemon-lime, which he promptly poured over his feet.  “I wanna go home,” he sniffled through tears, as his parents angrily turned on the anchorman who had been walking with the boy in the front row.  “I’ll never watch your news show again,” Mel Connors snapped at the startled broadcaster.  “And your pouffy hairdo looks stupid.”

The number of defections picked up at the two-mile mark, as long-time ingrown toenail sufferers said they could go no further.  “Why couldn’t we just raffle off a mini-van?” asked Jeanine Sousa, a former restaurant hostess whose career was cut short by ingrown toenails.

The ranks of walkers thinned by the time they had reached the city limits of Newton, causing confusion as volunteers stumbled through red lights, causing drivers to grow angry.  “You call that a walk-a-thon?” asked Neil Varga, driver for a local van service that transports the elderly to doctor’s appointments and on shopping trips.  “My senior citizens could walk rings around you!” 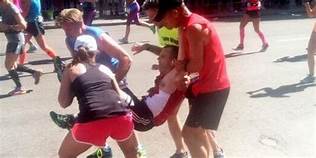 “Next year, let’s just sell carnations or something.”

For Caitlin, who was dismissed by the foundation this morning after the fiasco hit the papers, the event has been a learning experience that she will take to her next job, whatever it may be.  “If I’d known people were going to yell at me,” she says with a look that conveys chagrin at her first professional failure, “I would have suggested a silent auction.”