We were sitting outside, enjoying a clear night after a spring of constant rain, when my wife told me that our eldest son was going to Martha’s Vineyard with friends for the Fourth of July. 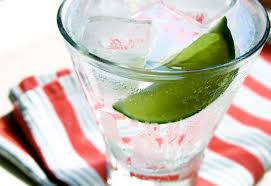 “You’ll talk to him, right?” she asked nervously.

“Absolutely,” I said. “I was young and twenty once/and did things that befit a dunce.”

“I wish you wouldn’t recite poetry when I’m trying to be serious.”

“I’m sorry,” I said, and I sorta meant it. “But when poetry chances to hit my ear/I recite it aloud, for all to hear.”

He was out on the driveway, practicing his lacrosse shots. I sauntered out, gin-and-tonic in hand, warming up to my best fatherly-advice tone.

“Yep,” he said, as he continued to whip shots at the goal. At his age, filial piety is best expressed by ignoring his parents.

“You’ll remember some of the things I told you when you came home . . . inebriated a while back?”

“I know,” he replied impatiently. “Whiskey on beer, never fear.”

“Who said that again?” he asked. Maybe I had gotten through to him–if only just a little–when we spoke before.

“Right, right,” he said dismissively, and went back to shooting.

“It’s important,” I said, returning to my theme of responsibility.

“Yes it is. I see so many young men your age making tragic fashion mistakes.”

I got right up in his face. “Madras shorts with those candy-ass Brooks Brothers shirts? If you wear stripes with plaids, you’ll look like a TV test pattern.”

That sobered him up a bit. “Maybe you’re right dad,” he said, with a serious tone. “Even though I don’t know what a TV test pattern is since I grew up with cable, I sure as hell don’t want to look like one.”

“Attaboy,” I said as I tousled his hair. We heard a horn honk out front.

We made our way to the front driveway where I saw a carful of boys, energized with youthful high spirits.

“Whut up, dawgs?” I said in a cheerful tone. If you want to communicate with kids these days it helps to know the latest in “hip-hop” slang.

I approached the car and put my hands on the driver’s side door. I gave Will my best look of grave concern. “You’re going to be cautious–right?” I asked with an upraised eyebrow.

“No, actually, in those goofy-looking pants with the little whales on them.”

The seriousness of the situation finally hit him. “I understand,” he said with downcast eyes. “I’ll keep your son out of the nicer men’s wear shops–promise.”

I gave his arm a comforting pat. “Attaboy. Have fun,” I said.

I was mortified. “You’re right. Peace out, brother!”

“Peace out to you too,” he said, a big smile on his face.

My son was throwing his stuff in the back of the Volvo station wagon, but I had one more topic to cover with him.

“You know,” I said as I took him aside, “I went to a fair number of wild parties at East Coast fleshpots in my chequered youth,” I said to him. “I know you’re saving yourself for your wedding night . . .”

“Right here,” he said as he reached for the wallet in his back pocket.

I gave him a look of disappointment. “Not that kind of protection,” I said.

He appeared confused. “Then what are you talking about?”

“The one you gave me when I went off to college–for no apparent reason?”

“That’s the one. There’s nothing that sends the message that you’re a poor marriage prospect–and someone a girl doesn’t want to find in her bed the next morning–like a screeching simian projectile hurtling towards her.”

He seemed a little embarrassed that he’d overlooked this detail.

“Wait a minute,” I said as I stopped him with my hand on his chest. “Aren’t you forgetting something?”

I nodded at the car. “You’ve got three friends in there, and you’re going to someone’s vacation house, so you need to bring a hostess gift.”

It was my wife’s turn to get involved, since shopping for gifts is a native art form among her clan. “There’s no time to get a really nice gift now,” she said, her brow furrowed in concern.

I had to allow myself a moment of self-satisfaction. “You all make cracks about my lack of social skills, but it looks like I’m the only one who planned ahead.”

“What do you mean?” my wife asked. 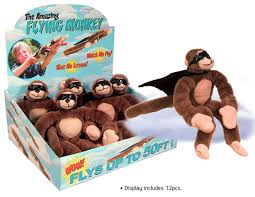