Skip to content
Recent Humor
Where am I supposed to find 200 rabbits?..
Ripping the Headlines Today, 9/19/22
As Helicopter Kids Grow, Bring-Your-Parents-to-Work Spreads
Noah way, I thought I saw all the Batman films…
Me and Tennessee Williams at the 10-Minute Play Festival

The kids are into baseball now, a development that warms this old good field-no hit third baseman’s heart, so we were watching the Red Sox after bath time.

“Dad?” Skipper, the younger of my two sons asked. 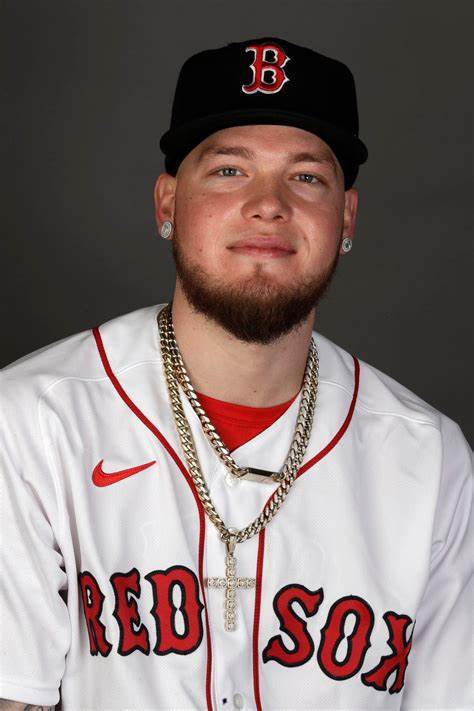 “Why are Alex Verdugo’s necklaces bigger than mom’s?”

“Well Skip,” I said in the serious tone I adopt whenever I’m about to unravel one of life’s apparent mysteries for him, “he’s having a better year than mom.”

“Sure it does.  He’s batting .274 with 7 home runs.  Mom’s numbers are okay, and if she focuses down the back-to-school stretch this fall she could end up with a nice bonus at Christmas.”

“Matt Barnes is really mowing ‘em down tonight,” said Scooter, the older of the two boys at twelve.

“It is?” asked his younger brother Skipper. He’s very literal-minded–may have been switched in the nursery.

“Not really, that’s just an expression that Bill ‘Spaceman’ Lee used to use,” I said, alerting him to the possibility of hidden meanings in the things we say.

“What does it mean?” Skipper asked.

“Then why didn’t you just say that?” “Well, just like your brother said he was ‘mowing them down,’” I replied. “He used an image of cutting grass to paint a picture in your mind of how easy it was.”

“Oh,” Skip said, although I wasn’t sure he understood. His English teacher at Sylvia Plath Middle School must not have covered similes and metaphor. Too busy helping the kids with their suicidal poetess dioramas.

“Has your hair ever caught fire?” Skipper asked. I guess he just didn’t get it, so I decided to answer him literally.

“Why yes, Skip–as a matter of fact it did one time.”

“It did?” Scooter asked, astounded that the careful, cautious old man who tucked him in bed every night had so many narrow escapes from death as a boy. “How’d that happen?” “Well, in the mid-sixties I was working at mid-Missouri’s only barbecue restaurant owned by a gay man.”

“What’s a gay man?” Skipper asked. His Human Sexuality Course had been cancelled after a guest speaker taught the kids how to put a condom on a zucchini.

“Skip, a gay man is a daddy who likes other daddies instead of mommies, okay? Nothing wrong with that.”

He seemed puzzled, so I drove the point home a little further. “‘Different strokes for different folks’–who said that?”

“Abraham Lincoln!” Scooter answered. Always a good guess around our place, with an admirer of Our Greatest President in da house. “Nope, you’re both wrong. It was another great American, Sylvester ‘Sly’ Stone. Anyway, what it means is we’re all very different–in very similar ways.”

“So, he made gay barbecue?” Scooter asked.

“Did he live in the restaurant?” Skipper asked.

“Pretty much. He had a trailer out the back. Anyway, he didn’t like barbecue–he thought it was for po’ white trash, so he tried to spruce the place up a bit, make it into a fancy restaurant.”

“I don’t like fancy restaurants,” Scooter said with disgust.

“Me neither, buddy, but sometimes you have to take mommies out to them so they know you love them enough to blow a lot of money on an overpriced meal and obsequious service. Anyway, the owner tried to get the customers to use finger bowls . . .”

“A little bowl with warm water in it to clean your fingers after you’ve had something messy like barbecue.”

“A lot of people thought it was soup. They complained it tasted like warm water.”

“No, he tried to vary the menu too. He introduced lobster, and Italian dishes, and–his triumph–flaming shish kabobs.”

“Meat and vegetables on a big sword that you set on fire.”

“So did you stick your hair in the shish kabob?”

“Not really, but close. I was serving three of the flaming swords one night, carrying the tray in one hand and a tray stand in the other.”

“I leaned over to set up the tray stand, and the plates with the flaming swords started sliding towards my head.”

“And did your hair really catch on fire?” “Not totally, but it got singed and I dropped all the plates on the floor.”

“Did the owner yell at you?”

“No, he came out and apologized to everybody while I was picking up the meat and vegetables and swords. He said ‘The boy’s hair was singed, but I’ll have some more shish kabobs ready for you in just a minute.’”

“So did he have more shish kabobs cooking?”

“Nope. He took the ones I spilled back to the room where we washed the dishes, hosed them down, threw them back on the fire, put some new parsley on the plates–and served them!”

“Is that okay?” Skipper asked nervously. He’s always got a runny nose because he has no resistance to germs, thanks to his mother’s fanatic devotion to an unattainable ideal of cleanliness.

“Sure it’s okay. As long as you pick it up within ten minutes, and no carrion bird has tried to eat it and no insect has laid eggs in it–you’re good to go.”

I noticed a new stillness in their demeanor and sensed that their mother had appeared in the doorway to announce that quality male-bonding time watching televised sports with dad was over.

“Mom, did you know if you set food on fire and drop it on the floor you can still eat it if you hose it off and put some parsley on it?” Skipper asked, his little face a picture of satisfaction that there was a time-tested, hygienic basis to his personal culinary preferences.

“No I didn’t,” she said as she looked askance at me. “Your father tells you the strangest fairy tales.”

Available in print and Kindle format on amazon.com as part of the collection “Scooter & Skipper Blow Things Up!”