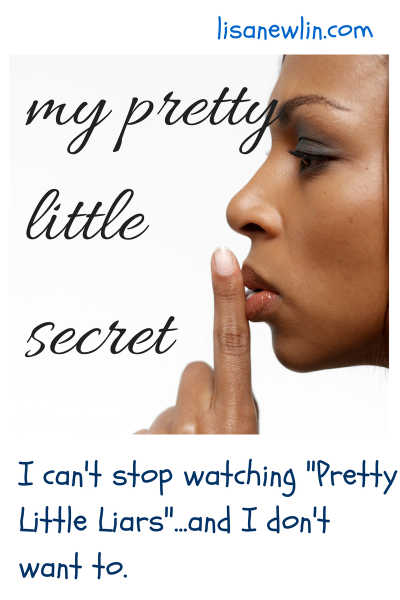 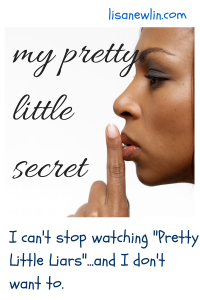 I have an embarrassing new addiction, and it’s not the kind that comes in an ice cream container.  It’s worse, although this addiction isn’t written all over my hips the way ice cream is.

I’m addicted to a teen television show.  Before I tell you about it, please don’t judge.  I cancelled cable so I was forced to turn to the only thing I could to keep me occupied:  Netflix.

I’ve tried other programming.  I really have.  I’ve watched “big girl” shows like “Scandal” and “House of Cards” but those were only the beginning…a gateway if you will.  And now?  Now it might be too late.

Believe me, no one is more shocked or embarrassed about this than me.  It’s not at all what I expected.  Maybe in retrospect the signs of addiction were there and I just missed them.

Maybe I should have known that an addiction to “Gossip Girl” would lead to other shows.  I don’t know.  Maybe I just didn’t want to see it.

I didn’t stumble upon this addiction without some help from my friend.  Or maybe she isn’t my friend at all.  This friend has been trying to get me to watch this show for years.  She’s such a pusher.

“Just try it once and see if you like it,” she said.  Isn’t that always how they get you?  The first taste is free…or in this case, the whole meal is free because I subscribe to Netflix streaming.

Either way, here I am, in the middle of season 1 and wanting more.  I can’t get enough.

Before you judge me too much, remember that this is a show that’s on ABC Family.  You know, the channel that’s brought you other television greats like….well….nothing.

You’re probably wondering if the acting is good.  Not really.  You’re wondering if there are celebrities in it that make it worth while.  Not unless you count that C-list actor Chad Lowe, who hasn’t produced any good acting since he played Becca’s HIV positive boyfriend on “Life Goes On.”

Yes, I just worked that show into this post.

Maybe it’s the theme song that sucked me in.  It’s catchy and it sticks with me all day long (mostly because I hear it every 45 minutes when a new episode plays).

But don’t even think about confronting me about addiction in public.  I won’t talk about it and I’ll deny the whole thing.  I don’t want to be associated with this ugly addiction.  I will lie, and I will lie convincingly.

Come to think of it, I guess this makes me a pretty little liar too.

5 thoughts on “A pretty little secret”