We think this is normal behavior and understand completely.

Look upon my works and tremble!

It’s hard now to remember what my life was like before I joined the Vanilla Almond Cluster. I like to think of them as my family now–I’ve renounced the one I was randomly assigned by some malicious deity in the World Before Ours. Some people call us a cult but I think they’re just jealous.

St. Paul was knocked off of and onto his ass on the road to Damascus, and my epiphany was almost as dramatic. I’d avoided the Scientologists on Beacon Street, had juke-stepped my way past the Hari Krishnas on Commonwealth Avenue, and was just about to step into the Burger King on Boylston Street when I came face to face with the face of enlightenment. 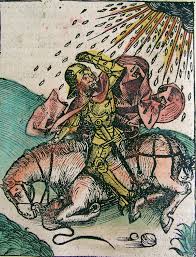 It was attached to the head of a girl whose name in her prior life was “Dorcas,” and whatever else she was, she wasn’t a dork. She had the most beatific smile, dancing eyes, and skin as pure as the driven snow. Also two humongous knockers beneath her peasant dress, but I don’t think they had any influence on my decision to give all my money and worldly possessions to the guy she said was the Cereal Master. Now, her name was “Vanilla Almond Cluster,” just like everybody else at her commune.

“You’re not going in there, are you?” she asked, her eyebrows and the corners of her mouth drooping down like dowsing rods plumbing the depths of ineffable sadness.

“Um, actually I was,” I said, but she was too beautiful to brush past. “I’m only going to get the BK Veggie Burger and a Diet Dr. Pepper, if that helps.”

“Did you ever wish that your lunch was a big bowl of Peace Cereal?” No, I hadn’t, I said. Did that make me a bad person?

“The what you were about to say before your voice trailed off.”

“Oh, that what. Well, it’s like this. Happiness, like the foods we eat, are a choice. Do you have fond memories of eating cereal in your pj’s as a kid . . .” 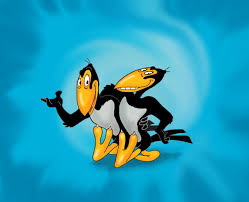 “Wouldn’t you like to recover that lost innocence, and return to the Garden of Eden of breakfast foods and other stuff?”

That was always the pitch with these street cultists; somehow we’ve been corrupted by something, the Media, the Pope, the CIA, Big Cereal. We had to break down the doors of perception, return to a state of nature, blodda-blodda. I’d resisted every such appeal since my undergraduate days, when I persuaded a comely lass with a history of out-of-body experiences to leave her body in my dorm bed while she floated around for awhile in the ether.

The morning after was too painfull to recall, too excruciatingly polite to endure again. Over breakfast at a diner she asked if I’d had a good time astral traveling with her. I told her I hoped not, we weren’t allowed to leave campus without a weekend pass.

She took it the wrong way, which was the right way, and I never saw her again. Still, my close brush with the occult had taught me a valuable lesson; that way lies madness or worse–vegetarianism.

But this sweet, innocent woman-child in front of me melted my hard-earned reserve. I decided to hear her out. 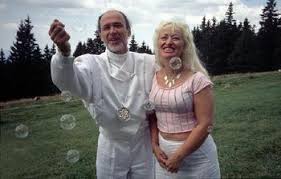 Was I happy with my life, she asked? Well no, I admitted–but I preferred it that way. Who wants to be happy all the time–it’s exhausting! Like being at a wedding reception for a cute young couple, your mouth gets tired smiling. This was back Before the Fall; that is, before 2004, when the Red Sox went and spoiled the gloomy omnipresence that pervaded Boston due to their 86-year World Series drought. Many people in town were only happy when they were miserable back then.

Did I have a pet? Yes, I said. A cat named “Hodge,” after Samuel Johnson’s feline companion. The one he reassured when people’s cats began to disappear in London at the same time that cat’s meat pies became popular. “They’ll not have Hodge,” Johnson would say as he stroked his furry little buddy.

“Have you ever considered changing its name to that of your favorite breakfast cereal?” she asked.

“That could mean you don’t like your cereal enough!” she said, beaming.

“Or that I like my cat too much,” I replied. “Who wants to walk out onto their front stoop at night and call ‘Here Count Chocula–here boy!’ Certainly not me.”

“Well, you might be happier if you achieved the unity, the oneness that comes to those who join the Vanilla Almond Cluster.” 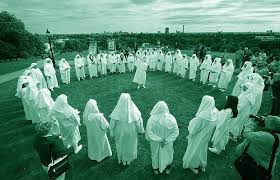 “The Snack-Pack only comes with 10 mini-boxes of cereal, so we need a miracle.”

“So Peace Cereal . . . will bring me inner peace?” I asked hesitantly. I had been gnawing at the inside of my left cheek a lot lately.

“For sure!” There was that smile again. A million watts of happiness, probably lit by solar or wind power.

Nope, things are pretty sweet here–naturally sweetened of course. It’s a very simple and ordered life, none of the hassle and confusion of the outside world.

Until somebody calls on the land line and asks to speak to Vanilla Almond Clusters & Flakes.

3 thoughts on “Life in the Vanilla Almond Clusters Cult”