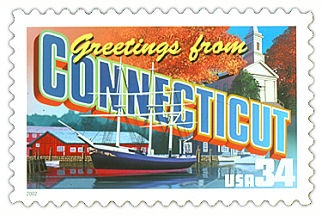 I used to think that publicly funding elections made sense. I thought it made elections better. But I’ve been spending time in Connecticut, and watching the race for Governor has convinced me of how wrong I was.

The sitting Governor is a brash, intense guy who always has this look on his face like he’s just received a cancer diagnosis. He reminds me of a guy named Jeff who I supervised at work once. Jeff called me up one day and we had this exchange:

“Hey, Tom, I’ve got some good news and some bad news. Which do you want first?”

“Okay, I’ve accepted a job at another company.”

Silence. Not even a snippet of laughter. You don’t ever want to work with or for people like that.

The Governor’s main opponent is a millionaire finance guy who, if his Wikipedia page is accurate, paid less in federal income taxes than I did in 2013. Watching him in a debate suggests that he’s become bored with the process and would rather be restoring one of his vintage World War II fighter planes. It’s too bad that Connecticut is so small geographically because he could fly between campaign events, though he’d probably crash and burn just like his campaign is doing.

And then there’s a guy with no money or name recognition. I watched a debate between the Governor and this guy because I’d burned through all the VHS tapes in my Mom’s house. The millionaire financier skipped the debate, probably because he was waiting for the Fed Ex guy to deliver a spark plug for a plane. During the debate the Governor ignored his no-name candidate and answered questions as if he were responding to the not-present financier. After about 50 minutes the no-name guy snapped and barked “Governor, Tom Foley’s not on the stage. I’m here tonight. Please address me on these issues!”

Daddy!! Why aren’t you listening to me!!

But here’s the kicker: the state of Connecticut has shelled out $13 million for this clown show, according to the Hartford Courant. The two main candidates have received $6.5 million each. The no-name guy hasn’t to my knowledge received any public money, probably because he couldn’t afford a stamp to mail in the required forms.

This is like spending money on a Blackberry phone. A total waste. That money could go towards important and desperately needed things like buying a DVD player for my Mom’s house. And this, my friends, is the sound of (your) $13 million getting flushed down the toilet.

2 thoughts on “What Does $13 Million Being Flushed Down A Toilet Sound Like?”