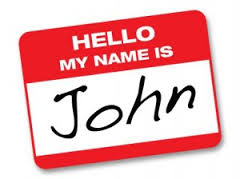 The other day I read an article about a local class that dudes get referred to by the courts after getting busted for patronizing a sex worker. Apparently attendance at these classes is quite good (avoiding jail time is such a good motivator). But the guys really don’t want to be there, mostly because they might run into their boss (so embarrassing). More importantly, there’s little evidence that the classes actually change anyone’s behavior.

I never would’ve guessed that “john schools” have something in common with driver education ones.

You have to wonder how these guys explain away their unavailability over the weekend: “Uh, sorry Larry, I can’t make it to your barbecue on Saturday. Yeah, I’m taking a, uh, Continuing Education class that day.” And that continuing ed is about to get longer, at least where I live. To make the class more effective, the county is providing money to extend the class to ten weeks.

I’m all for that. But here’s a better way to make the class more effective:

You introduce role-playing exercises. They’d work like this: A guy gets called up on stage. He’s directed to walk up to a woman who’s caked with makeup and wearing fishnet stockings under a short leather skirt. So he strolls across the stage. And just as he’s about to do a mock proposition he realizes that he’s talking to his sister. Or barring that, a female co-worker. And if someone is a repeat offender you could have that person be their mom.

I think most relatives would be willing to help. And that image would be seared into the john’s head the next time he drives downtown at midnight and pulls up to the curb.

2 thoughts on “Adventures In Continuing Education”