MAYNARD, Mass.  Anthony “Big Tony” Scalzi, a rough-looking man who wears a sleeveless denim jacket and rides a motorcycle, doesn’t fit the stereotypical image of a poet, but that’s okay with him.  “Frankly, I couldn’t give a [solid human excretion] what you think,” he says to this reporter, who has cornered him just before he goes on stage at the Cock ‘n Bull bar for a “slam” with other like-minded members of a new literary movement that has come to be known as the “F**kin’ Nature Poets.” 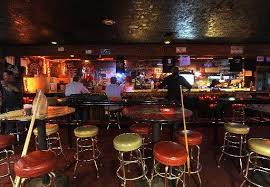 Scalzi is the inadvertent founder of the movement, which was born as he stood transfixed before nearby Lake Cochituate on a misty day as the sun set, a beer in his hand.  “Fuckin’ nature,” he murmured to himself as the rays of light beamed through the haze.  “I love it.”  Fellow members of the Snake Eyes motorcycle gang he belongs to overheard him, and proclaimed him a poet on the spot.

“That was so . . . freaking beautiful,” said Ron “Pigpen” Kerzer, who admits that he’d never had much interest in poetry until that moment of epiphany.  “I had no idea you were a poet,” he said as he sipped from his longneck beer bottle.

“You should see my old lady’s ass/when she’s sitting in the grass.”

“I guess I am if you say so,” Scalzi said and even though academics who specialize in the field might disagree, the Fuckin’ Nature poetry movement is gaining adherents among many who find modern poetry deliberately obscure, overly precious or simply too difficult.

Nature poetry is both ancient in its origins and current in its popularity, but the quality of the genre has declined steadily since Theocritus first began to write idylls in the third century.  “Nature poetry suffers from the impulse to clean nature up,” says Mark Evering, editor of Earth Poems, a quarterly devoted to the field.  “I had to rent a warehouse to hold just the seagull poems I get each submission cycle,” he says shaking his head.  “Have you ever watched a seagull for ten minutes?  They’re like flying garbage trucks.” 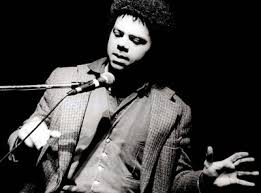 The foundational principle of Fuckin’ Nature poetry is that no paean to the natural world has been fully expressed unless it contains at least a barnyard epithet, a use of the Lord’s name in vain or a reference–preferably unveiled–to the human sexual act.  Kerzer has been working on his verse for his first appearance at a slam, and he nervously takes the stage and clears his throat before launching into By the Beautiful Sea:

I see, I see–you’re leaving me–
After all you’ve meant to me,
By the sea, by the sea.
Too many beers, I’ve gotta pee.

As the elder statesman of the group Scalzi nods in a non-committal fashion, then voices his criticism in diplomatic terms.  “It’s a bit too confessional for my taste,” he says.  “You go down that road you’re gonna end up in the looney bin, like Robert Lowell.  You gotta EXPLODE–remember, EXPLETIVE!”

Next up is Tim Motta, who doubles as bartender at the Cock ‘n Bull during peak hours.  He uses his familiarity with the fire exits and the locations of the men’s room to calm himself: “It gives me sort of a home-court advantage,” he says, then begins:

As I look down from Mt. Monadnock,
My job’s a world away, like I’m on a shelf;
My supervisor can suck my c**k
Or alternatively, go f**k himself.

Scalzi is silent at first, then one hears a whimpering sound, almost a sob coming from his high bar table.  “That,” he says with a lump in his throat, “is goin’ straight into the anthologies!”