ATHENS. Hopes for settlement of the Greek monetary crisis continued their roller coaster ride today when the International Monetary Fund opened what they thought was an envelope containing an overdue payment and found no money inside. 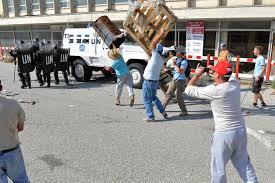 “The letter is already sealed–we can’t just open it again!”

“We are considering all of our options,” said IMF spokeswoman Natalie Grillet. “They told us the check was in the mail, but we didn’t know that was one of the three big lies of all time, along with ‘One size fits all’ and ‘Sure, I’ll respect you in the morning.’”

The letter was supposed to include $1.73 billion for a late payment due the IMF, but the text written by Prime Minister Alexis Tsipras said “I was going to include that big check we owe you, but I see that I have sealed the envelope without putting it in. Be sure and remind me about it next time you’re in Greece.” 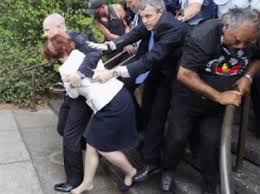 “Grab her–she’s got some change in her pocketbook.”

Greece has previously staved off default on its debts by post-dating or forgetting to sign checks or not putting a stamp on envelopes. “At some point, you have to ask whether they are serious about reform or are just jerking us around,” Angela Merkel, Chancellor of Germany. “They said they were going to return some bottles and cans over the weekend, but then they used the deposits to buy more retsina.” 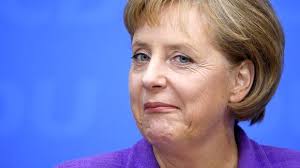 Merkel: “It’s in your other pair of pants–like I haven’t heard that one from Spain and Italy before!”

The IMF’s remedies are limited due to the sovereign nature of Greece and its debts. “We could bar them from the Miss World and Miss Universe contests,” said World Bank Group President Jim Yong Kim. “We could also boycott Greek yogurt, but I really love the strawberry and banana kind.”

2 thoughts on “Greece Responds to Creditors, Forgets to Include Check”