BOSTON.  Linda Giljemi is a self-described “serial entrepreneur,” having started, built and sold two dating services before she turned 35.  “I just love bringing people together” she says with the warm smile that endears her to customers.  “I love making money, too,” she adds, “but after a while I realized it wasn’t everything.”

And so Linda sold her interest in “It’s Only Lunch,” a low-key, no-pressure service that brought unattached men and women together over lunch dates, and started planning her latest venture, which she will launch next week–“It’s Just Breakfast.” 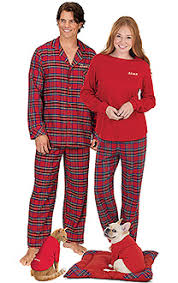 “I became concerned that too many people were presenting themselves in a false light on lunch dates,” she says.  “The power ties on the men, the come-you-know-what-me pumps on the women–that’s not what married life is all about.”

“So he didn’t tell you that he scratched himself before you got married?”

Giljemi’s concerns were born out by standard industry metrics, which showed that 78% of “It’s Only Lunch” couples divorced within two years, with 13% of women having affairs with tennis pros and 27% of men running off with aerobics instructors.  “I decided that I didn’t want to live a lie,” she says.  “A fib, maybe, but an outright falsehood, no.”

“Has anyone ever told you that you have dog breath in the morning?”

The concept of “It’s Just Breakfast” is to put prospective mates together in a setting where they can see each other without the benefit of make-up, contact lenses or expensive clothing, and get to experience their future wife or husband as he or she will appear every bleeping morning for the rest of their natural life.

“I learned a lot about Scott through It’s Just Breakfast,’” says Emily Hersum of Brookline, Mass., about her breakfast date.  “I found it interesting how he mixed Count Chocula with Lucky Charms to make what he called Lucky Count Chocularms.”

Giljemi says the jury is still out on her new concept, although she’s had fewer complaints about marriages that went bad than was formerly the case.  “On the other hand,” she notes as she checks a computer print out, “We don’t seem to be getting any marriages at all.”