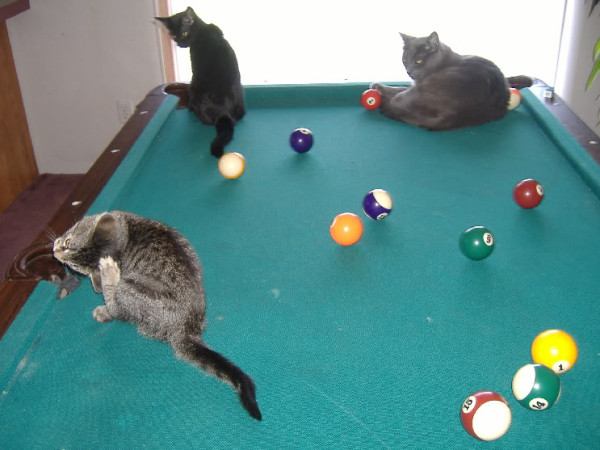 SLIGHTLY OFF THE MARK

My war with mice has gone on for decades. Like the zombie apocalypse, I keep killing ‘em off, and they keep coming back.

Except zombies don’t like peanut butter. I guess it would be better if they did.

If I had to choose between spiders and mice I’d take the mice, although I’d rather not have either. Spiders don’t chew through wiring or eat your food, and as far as I know they don’t do their business in your cupboards. Nobody ever pinned the bubonic plague on a brown recluse. Instead it was that other brown recluse, the rat.

Now, I’m not an animal hater. In fact, thanks to the brush pile I’ve been intending to remove for years, my property is home for rabbits, chipmunks, squirrels, and so many varieties of birds that I made the Audubon Society’s honor roll.

At this point the federal government probably wouldn’t even allow me to remove that brush pile. It’s a wildland zone, according to EPA Rule #1A24-782.237-BB1442.

Mice are welcome to visit those tanks, but it wouldn’t end well.

After we got the snake I tried some live traps, and if you’re squeamish you might not want to think about why. In my case live traps were very humane indeed, because they never caught any mice.

So I went back to my standby, the good old fashioned spring loaded mousetrap. I own seven thousand of them. Did I mention my house has a mouse problem? They come down with a force strong enough to put a good sized dent in a finger and cause a guy to yell, and I should know.

In a year mice go through seven hundred and forty generations, and they pass down how to get a free meal. So use peanut butter, because it’s sticky; they’ll have to work at it, and that force will mean it’s last meal time.

It works—about half the time.

Mouse hunting season is in the fall, when the little guys go looking for a warm place to spend the winter. If I had the money, I’d head south and leave the place to them.

Over the years I’ve learned their travel patterns: The superhighway is behind the stove, with main streets going to the refrigerator and an elevated freeway to the kitchen counter.

There’s also, oddly, a bit of a side road between the basement and the kitchen. I’ve caught a fair number in the basement, which is odd because it’s cold, and has less nutrition than a bachelor’s diet. Apparently that’s low income mouse housing.

Now, there’s a little ledge in the basement stairway. It’s about eight feet above the concrete basement floor, and I’ve caught more than one mouse in that area. Maybe it’s a little mouse dance hall.

The other day I threw some clothes down the basement stairs—don’t judge me. When I did laundry (it was the same day, I swear), I noticed a mousetrap on the floor. Clearly it had fallen from the ledge; not only had it been tripped, but the peanut butter was gone. Either my thrown clothes caught it and the mice got to it later, or a particularly sneaky little guy got the meal, and dropped the trap like a hot mike at a poetry slam.

Or so I thought.

Later I picked up the last of the laundry and there he was under a t-shirt, dead as a … dead mouse. Not a mark on him. I did some quick physics calculations, and came up with a new scenario:

My friend the mouse managed to get himself a meal all right, but in doing so he tripped the trap. Surprised by the sudden noise, he jumped back.

Only there was no back.

The poor guy managed to get into the house, survive the trap, and you could even say he survived what, to him, would be about a ten story fall.

It was the concrete floor that killed him.

Well … at least he didn’t have to fight off peanut butter eating zombies.