Skip to content
Recent Humor
Mary Farr, Author of Don’t Postpone Joy
And if you look real close, you can see what happens when you take your glasses off…
Cartoon: I’m guessing he just heard he had dinner with Kanye and known White Supremacist, Holocaust denier Nick Fuentes.
Deborah Fezelle – What’s Past is Prologue
The Tribe of Cyber Monday

HOLLYWOOD.  The reality-based distraught-spouse genre is a crowded one on cable these days, with worried wives a sidebar in a number of series that focus on tuna fisherman, firemen and bomb squads.  “Some say it’s morbid to focus on a woman’s fear that her husband may never return from a day at work,” says Elliot Freeman, executive producer of a pilot about zoo employees.  “But if it sells feminine hygiene products, I’m not going to complain.”

This week Freedman is celebrating the success of an unlikely project that he didn’t think would amount to much: Notary Wives!, a look at the lives of the wives of male notary publics who take on the riskiest document authentication jobs, which has just been renewed for another twenty-four episodes.

“Lots of people think being a fireman is dangerous,” says Len Ciglarski, a veteran notary who once witnessed a mafia induction ceremony.  “What they forget is a fireman gets to take a firehose into a burning building, whereas I got nothing but a stamp and a seal.” 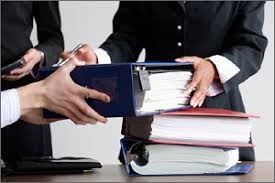 “Whoa–that’s a lot of documents!”

Critics claim the fears exploited by Notary Wives! are overblown, saying the risk of injury in a typical notarization scenario top out at a paper cut.  “This is the dumbing down of danger,” says police union’s spokesman Bill “Duke” Smerlaski.  “Yes a notary has to check IDs just like a policeman, but that’s for a home equity line of credit, not underage drinking or concealing a body in the trunk of a Ford Crown Victoria.” 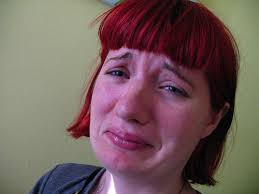 “Are you absolutely sure you’ve got your seal with you?  I worry so much!”

There are, of course, female notary publics, or notaries public, whichever is correct, but they say they face a “pink ceiling” that prevents them from getting the tough assignments that carry a $1 “hazardous duty” premium over the standard $2 notary fee.  “The guys say ‘Oh you just want a job where you can dress up every day and sit in a nice office,’” says Melinda Hammersley, who first got into notarization as an adjunct to her job as a secretary in a law office.  “To them I say ‘I’ll go anywhere you will, with the possible exception of a used car lot where I face wolf whistles and catcalls as I pass through the showroom on my way to the manager’s office.’”

“I guess you goofed off in penmanship class, huh?”

And what do the husbands of high-powered female notaries think of their subordinate role in the household when their wives start pulling down the big bucks for duplicate and sometimes triplicate copies of important documents?  “It’s emasculating, sure,” says Fred Miller, Jr. of Keokuk, Iowa, whose wife Cheryl was voted “Iowa Female Notary of the Year” in 2012.  “On the other hand, did you ever hear a guy complain about being a kept man?”

One thought on “Notary Wives! Renewed for Second Season”