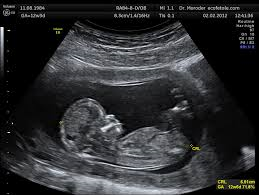 When you’re a failed novelist like me, you look for every sign, however slight, that your children will achieve the goal you fell short of.  So I remember my excitement when the nurse moved the little mouse thingy over my wife’s jellified belly in the OB/GYN’s office and we saw our little girl, still five months away from being born, already acting like a seasoned novelist hard at work!

There were unmistakable signs: She seemed to be sucking her thumb, searching for le mot juste.  Her hand went to her head, as if to slap it, just like I used to do when I’d have to kill one of my most darling phrases.  I half expected to see a little glass of malbec on the ultrasound screen, she seemed such une petite romancier!

“Look–she’s shifting her point of view to the first person!”

She slid out of the womb as if flying down a waterslide.  The way had been cleared for her by her two brothers, the first of whom weighed in at eleven pounds, the second at eight even though he was born a month premature!  It was as if she’d been a halfback behind a wall of linemen in one of the University of Missouri football team’s famous “student body sweeps” of the 1960s.

We named her “Paige” as a marketing tool.  We figured the books of an author named “Paige Turner” would fly off the shelves with the subliminal advertising provided by her nomme de plume.

And we did our best to raise her right; we kept her away from short stories, that ticket to poverty among professional fictioneers.  There’s a guy two towns over from us whose short story collection received a favorable review–on the front page of The New York Times Book Review!–and he’s basically living in poverty.  He wheels a grocery cart with unsold copies of his book down to the Town Green on minor holidays when townspeople gather there, like Veteran’s Day and Arbor Day, Opening Day for our local Little League.  He’s a pathetic sight: tattered flannel shirt, skinny black jeans he’s patched to cover the pre-fabricated holes he paid extra for when they were new so he can survive on the street in the winter.  I shake my head and think back to the days when I longed to be the male Flannery O’Connor and think–there but for the grace of a six-audiotape course on Marketing Yourself as a Writer go I! 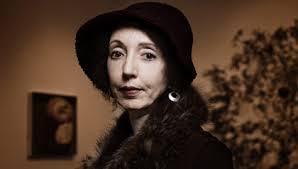 Oates:  “If you don’t like my tweets, stop following me!”

Tape #1 had told the tale: Whatever you do–don’t become a short story writer.  That way lies penury, madness and rejection.  Worst of all, you’ll be showered with the obloquy of all right-thinking literary critics at the end of your career, who’ll sniff “A capable practitioner of the short form, he never developed the literary cojones necessary to pull off a full-length novel.”

So we dropped waterproof copies of “Little Women” and “Jane Eyre” into the tub at bath time, and hooked a mobile hung with Jane Austen titles from the headboard of her crib.  No daughter of mine was going to grow up to get a $100 check from Cricket Magazine when she could earn the big bucks selling movie rights to 300-page potboilers!

But the day will eventually come in the life of every father of a little girl:  “Dad,” Paige said as she hesitantly approached my easy chair one night.  I was just lighting my pipe and finishing off the last hit of my Falstaff beer, just as my dad had done four decades earlier.

“Of course you can–you can talk to me about anything.”

“Before you say that, you should probably hear me out,” she said, her eyes downcast with shame.  I began to grow concerned.

“Did you finish your required reading for Bodice Rippers 101?”

“I’m totally up to date supporting student movements that don’t believe in the First Amendment.”

“I’ve been reading some Southern Women’s Literature,” she said, biting her lower lip.  “I want to write short stories.” 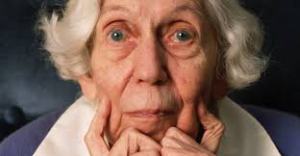 My gorge began to rise; I was just glad there were no white-water rafters traveling down my esophagus, they would have been completely and utterly swamped!  “But honey–why can’t you be satisfied with Gone With the Wind?”

Her eyes darted around the room, avoiding my plangent gaze.  “I . . . I think it’s”–here she hesitated, as if to summon up the courage to challenge her parents and all the time, money and effort they’d put into her upbringing–“it’s overwritten, and overwrought.”

She looked at me as if I were daft.  Her parents didn’t raise any dummies, even though she could have inherited some dummy DNA from one of them.  “You–don’t have a problem with that?”

I lifted her up and dandled her on my knee.  She’d always loved being dandled when she was a little girl, even though neither she nor I knew exactly what the word meant.  “Look,” I said in my best avuncular tone, even though I was her father, not her uncle.  “That kind of stuff sells.  Wouldn’t you like to make a lot of money?”

“I don’t know.  As long as I have enough to live on . . .”  Her voice trailed off.  It was time for an intervention, a sharply-focused act that would bring her to her senses. 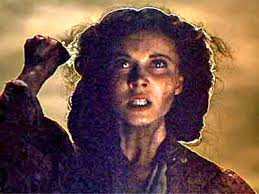 “Wait here,” I said, and I left the room to change into my Scarlett O’Hara costume.  When I returned, she knew I meant business from the dirt I’d spread all over my face, and the disheveled wig on my head.

“Who are you supposed to be?” she asked.

“I’m Scarlett O’Hara, as portrayed by my high school Speech & Debate partner Cathy, who went on to a successful career in one of the Armed Forces, I don’t know precisely which.”

“To teach you a valuable lesson,” I said, as I got down on my hands and knees.  “You can write great short stories, like Why I Live at the P.O. by Eudora Welty, or The Jockey by Carson McCullers, or Good Country People by Flannery O’Connor, and you’ll get maybe . . . maybe . . . a check in the mid-three figures.” 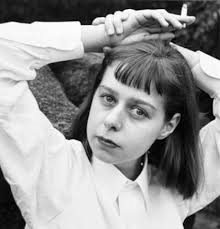 “Not when you have to pay for braces, and bicycles, and college, and weddings.  It’s nothing.”  She was suitably chastened, so I continued.  “But Gone With the Wind is the second most-popular book in American history.”

“You could rent the movie,” I said.  “Anyway, she made a fortune, which you’re never going to make writing short stories–okay?”

I heard her try to stifle a sniffle.  Perhaps I had been a little hard on her, but if I didn’t teach her–who would?  Certainly not her “creative writing” instructor, who’s always foisting off literary fads on her, like flash fiction–the cigarettes of literature: they’re short and stunt your growth.

That seemed to mollify her, but we still needed a reckoning, a catharsis, a personal breakthrough that would divert her from the error of her youthful ways, before it was too late.  “Make a fist,” I said.

“They’re not going to beat me.”

“They’re not going to beat me.”

“I’m going to live through this and when it’s all over, I’ll never be hungry again.”

“I’m going to live through this and when it’s all over, I’ll never be hungry again.” 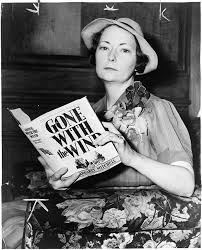 “If I have to perpetuate every stereotype, and use every shopworn cliché in the book . . .”

“If I have to perpetuate every stereotype, and use every shopworn cliché in the book . . .”

“As God is my witness, I’ll never be a hungry short story writer again!”