I had coffee with comic Dena Blizzard. Our schedules don’t always sync up for our special meet ups, but when they do, we have a blast. Our topic for breakfast this fine morning was the discipline it takes to work from home.  Both of us subscribe to the theory that you dress up as if you are going to a “real” office because you don’t know what the day brings, and you want to be professionally ready to face whatever the world has in store for you. 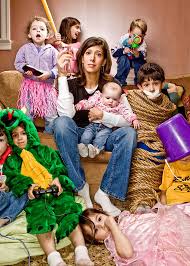 This being said, stuff happens, and productive mornings sometimes fade away.  A few Mondays ago, Dena was dressed and ready to go. She sat down at her computer to start her daily email correspondence when, lo and behold, a video ad popped up about wolves.  Not being a wolf expert but a mother of kids and canines, she felt compelled to watch and three hours later—yep, three hours—she knew so much more about wolves. Alas, she also had not answered one email. So, her day was shot.  The next day, she vowed to be as productive as she could be. However, when she went to her email, there was another ad that read “What happened to Bruce Lee?”  And Dena didn’t know what happened to Bruce Lee, so long story short, day two was shot to hell.

I could tell Dena was disappointed in herself—the type of disappointment that only a good cupcake can cure.  My heart went out to her. She fell into the work-from-home-procrastination-trap into which so many self-commuters (I coined that term) fall.  I could not scold her because I, too, had a confession.

My husband put on the TV in the family room to see the weather before he left at 6 AM.  Sometimes I prefer the family room for working rather than my office so when I went downstairs after showering and dressing, I noticed the TV on.  I did grab the remote to turn it off, but Diagnosis Murder was on.  That’s the show with Dick Van Dyke who plays a doctor/detective. Why in TV, is everyone a detective? Wedding planners, antique store owners, garage sale junkies…they all solve murders. They are like magnets for murder. I wouldn’t want them in my car pool. They never get killed. It’s always the friend who gets whacked, and that would be me. 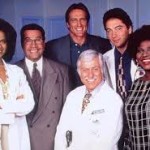 Anyway, I noticed that Scott Baio, or Chachi of Happy Days, was in the show. I didn’t realize he had done this show, so obviously my interest was piqued. He’s Chachi for God’s sake. He played a doctor/detective too. I thought it funny that a third year resident had so much time to sleuth, but it’s TV. I watched the entire episode and guess what? Another one came on after that, but this time, there was no Scott Baio. There was a blonde resident who also managed to have time in his 80-hour doctor schedule to stake out suspects. I wonder if their malpractice provider knew about this.  I would guess part-time detective work would shoot those insurance rates way up! 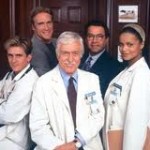 I was trapped. I was now determined to find out why Scott Baio left the show. I Googled, Wikipediaed, IMDBed it, but no answers.  One season he is there, and the next he is gone.  I found it frustrating that as a writer and former journalist, I couldn’t discover the facts of this minor mystery, but these TV doctors can fight disease and crime simultaneously and successfully. Needless to say, my morning was shot, but in my defense, I did look professional while I wasted my morning.

After our mutual confessions, Dena and I laughed a bit more, sipped some more coffee, hugged goodbye and vowed to each other that we would not get distracted by anything not associated with our professional goals. Will we keep to this? Hell, no.  But sometimes even the best non-procrastinators fall prey to Bruce Lee, wolves and dare I say, Chachi.  Hm. Do you know Matlock is on that Hallmark channel? I wonder…

12 thoughts on “The Home Office Lament”