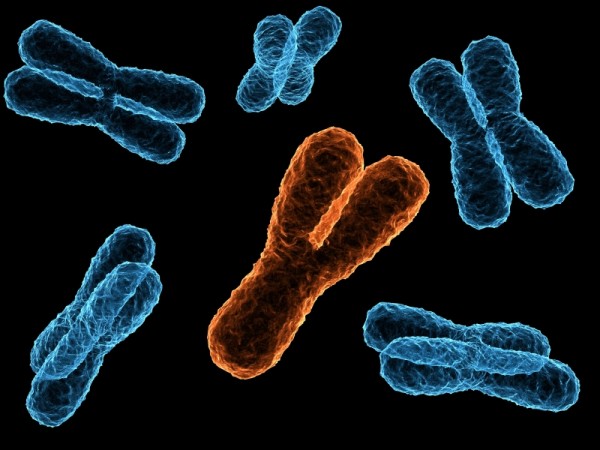 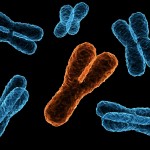 I recently got my DNA tested by National Geographic’s Genographic Project. Since I am a female, they could only do a really deep analysis of my mitochondrial DNA, going way back to prehistoric times. This is the DNA that was passed to me by my mother, my grandmother and all my female ancestors.

They couldn’t do a thorough scouring of my father’s side, because I don’t have a Y chromosome. Only males have this. Males have the advantage, because they also have mitochondrial DNA. Boys often have advantages over girls, but that’s usually because of that passing on of the family name thing. This is ridiculous.

I predict that, in the near future, the Y chromosome will be a symbol of male power, like muscles and large penises. A Y chromosome is a chromosome that’s missing one leg, but nobody will see it that way. Possessing two X chromosomes, along with the accompanying high voice, uterus and estrogen, will not give you bragging rights unless you are running for President of the United States. “I have two X chromosomes and a vagina and I’m going to beat every Y chromosome bearing candidate!” will be a legitimate campaign cry.

The Genographic Project people were able to do enough analysis of what I inherited from my father to determine that I am 47 percent Mediterranean, along with all of my near relatives on my father’s side. This is not surprising, because my father came straight off the boat from Italy, along with his brother and his parents. I wouldn’t be surprised if my Italian ancestors were occupying that same patch of land in southern Italy for the last six thousand years, because that’s what Italians do. They make one big trip, then settle down and refuse to move any farther than next door to their parents.

I think my father’s ancestors left Africa and moved around the Middle East for a while, where they came up against strict immigration policies and nasty neighbors with spears and things. They then shot over to Italy, where they settled in the hills near Benevento. In 1921 they were still there. That’s when the big trip across the Atlantic was made, and the Minicozzi family settled on Long Island. Two of my aunts still live on either side of the house where my grandparents lived. One of my cousins and her husband live in my grandparents’ house. The Minicozzi women are traditionalists.

My father bucked tradition when he moved my mother and me all the way across the country to Washington State. Once he got us there, though, we were lucky if he would leave town long enough to take us on a day trip or a family vacation. The Italian in him was too strong. DNA always shows up.

Among other things, I’m 1.8 percent Neanderthal on my mother’s side. In other words, there was some hanky-panky going on back in prehistoric times, and some of my ancestors didn’t care what their partners looked like. Neanderthals were cool, though. They were strong and they were really good at surviving during the big Ice Age. Those of us who need a sweater when the weather gets below 70 degrees can appreciate that particular talent.

In contrast to my Dad’s side of the family, I’m 30 percent northern European on Mom’s side.

I’m also 21 percent Southwest Asian on her side. This probably means that Mom had a lot more Jewish ancestors than just the one male ancestor that she knew about. If so, that makes me a half-Italian Catholic with something of the Chosen People in me. No wonder I have so many Jewish friends.*

*Living in New York City might have something to do with that, but I prefer to think there is some kind of mystical bond. It’s so much more interesting that way.