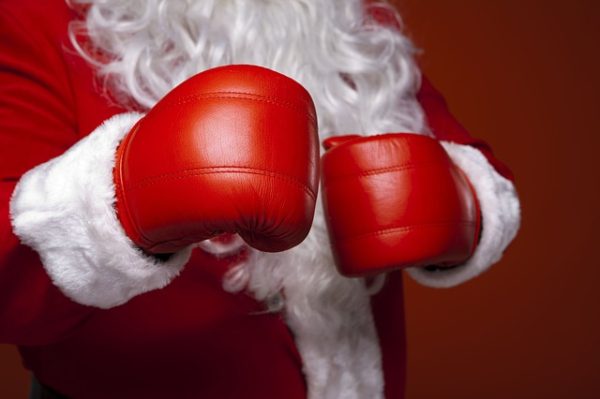 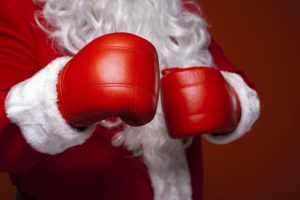 To fan the flames of the holiday spirit (of resistance), here’s a new version of the classic holiday poem, “A Visit from St. Nicholas.”

No mice are stirring
but my activism sure
has been awakened.

‘Twas the month post-election and all through the House

Republicans were gloating, having retained their clout;

The Senate was thrilled with its majority, too,

But Trump’s winning the White House still had ‘em in a stew.

Will he work with us, they wondered, all snug in their beds,

While visions of repealing Obamacare danced in their heads

Along with gay rights, immigrant deportation,

But across the U.S. there arose such a clatter,

Progressives began mobilizing to deal with these matters.

Legislators’ phones ring as we voice our opposition,

To the alt-right tenor of Trump’s cabinet composition.

The cast of Hamilton calls out homophobe Pence,

While the Cheeto-elect tweets in his Veep’s defense.

Poking fun at his foibles including short fingers.

But his ascension to the throne still looms ahead,

So we must keep protesting despite our great dread.

Be our standard bearers against post-truth lies and rumor.

Help us speak out against hatred and greed,

And stand up for those who are truly in need.

And his claim that SSI’s insolvent—he’s out-and-out lyin’.

By whatever means, on this issue don’t budge.

Keep church and state separate, and shield the first amendment,

Protect people of color and the rights of their descendants.

Above all, preserve our country’s democracy,

And let there be no place for Trump’s hypocrisy.

An unflattering photo gets his knickers in a twist;

If only hate crimes in his name got him as pissed.

He claims that no one respects women more,

Yet brags about his grabbing pussy galore.

He mocks a reporter’s disability,

But his supporters don’t see that as a liability.

They all claim to be Jesus-loving Christians,

Yet by their actions subvert the tradition.

Instead of being drained, the swamp’s being restocked,

With a bunch of rich insiders whose appointments should be blocked.

Our incoming FLOTUS has exposed all her charms,

While Michelle was excoriated for just baring her arms.

Trump’s aim to reform education is a perversity,

Since he defrauded thousands with his fake university.

And his conflicts of interest grow increasingly brazen,

While the GOP’s lack of outrage is downright amazin’.

Emboldened white supremacists have the nerve to sieg heil,

As PEOTUS fails to denounce their behavior as vile.

It’s rigged, he whined, when he thought he was losing,

Hacking by the Russians smacks of everything Putin-y,

But Congress has yet to impose any scrutiny.

He plans to stay involved with Celebrity Apprentice,

Is it just me, or does that sound totally demented?

So it’s up to us to hold Trump’s feet to the fire,

Before the situation grows even more dire.

We left-leaners must remain vigilant,

And render the Orange One impotent.

Name the popular-vote winner our prez, we pray.

And hear us exclaim as we battle the alt-right:

Happy resistance to all, and to all a good fight!

And may whatever holiday you celebrate at this time of year be happy, healthy and peaceful!

6 thoughts on ““A Visit from Trumplethinskin:” A new version of the Christmas classic”