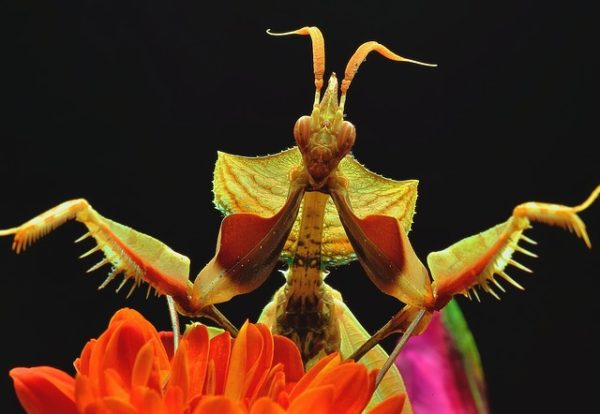 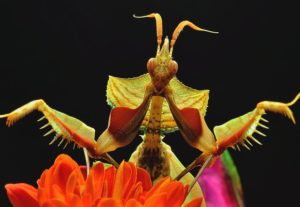 As a baby boomer who came of age during the “women’s lib” era, I really thought we’d evolved more when it comes to gender equality. But the crap that emerged during the recent presidential election revealed a dismaying level of misogyny among Americans with penises, validated by the pussy-grabbing walk and talk of our president-elect.

Why, exactly, are these men so pissed off at women?

Research says most of it simply comes down to fear of emasculation by being subordinate to a woman, especially if that woman assumes a traditionally male role (like President of the United States). Powerful women provoke anxiety in some Neanderthals men, particularly those who hold traditional views about gender roles. So the men lash out.

One thing misogynists apparently do value about women, however, is having sex with us. All I can say is:

Count your blessings, men;
in the animal kingdom,
coitus can kill you.

In other words: These guys don’t know how good they have it. If they were a member of a species other than homo sapiens, having sex with a female could cost them their life. Or worse, for some of them: their penis.

The black widow spider earned her moniker by devouring her mate once they’ve done the deed. The male has to position himself for the act by inserting himself between her fangs, so she’ll often just chow down after she’s had her way with him. Healthier (for her, anyway) than lighting up a cigarette, right?

Another eight-legged sexual cannibal is the wasp spider. In the process of mating, the male’s genitals break off inside the female, then she attacks and eats him. Talk about adding insult to injury.

Maybe word about mate-munching has gotten out in the arachnid realm: there’s one spider with a strategy to avoid being eaten during sex. Male golden orb spiders try to mate with females while they’re eating something else—a diversionary tactic that doesn’t guarantee males still don’t end up as dessert, however.

The male praying mantis loses his head during sex. Literally. He approaches a female, excitedly flapping his wings and swaying his abdomen (reminds me of the bar scene when I was single). He mounts her from the back and, during the deed, she turns around and bites his head off. Evidently, head-eating makes the male ejaculate more quickly. That’s one way to move things along, huh?

The honeybee is a sexual acrobat, performing intercourse in flight. But the afterglow is short-lived. Once a drone succeeds in mating with the queen bee, he soon drops dead because his penis explodes (talk about going out with a bang) and becomes a copulatory plug inside her. The queen, on the other hand, is able to pop out the drone dildo/penis plug and mate again. A woman’s work is never done.

Among deep-sea angler fish, only the female develops into a full adult (hmm… imagine that). The male larva, on the other hand, morphs into little more than sensory organs that guide him to a female. Once he finds one, he bites into her body and fuses with it, diminishing essentially to gonads kept alive by the female and providing sperm for her eggs when needed. What’s more, multiple males can attach to a female in this way. I’ll wager some women breadwinners married to slackers know this feeling.

Among the mouse-like marsupial antechinus, the male has a single mating season of two weeks at the end of his yearlong life. During those two weeks, he stops eating and frantically seeks females to have sex with (like a Tinder addict), mating with as many as he can in frenzied hookups that can last up to 14 hours. He wears himself out so thoroughly that he becomes emaciated, gangrenous, his fur falls off, he bleeds internally and his immune system tanks. He’s a disgusting mess, but he’s still looking for love until, physiologically spent, he drops dead. Females, on the other hand, may live and breed for another year or two. And who’s the weaker sex?

So, human fellas, enough already with the woman-hating. You really could have it so much worse. As Helen Keller said, “I cried because I had no shoes until I met a man who had no feet.” You guys could have no dick. Or life.

Now don’t get me wrong. There are—thankfully—lots of highly evolved men who have no problem perceiving and treating women as equals. Who can respect, love, honor and—lo!—even obey a woman without getting their egos out of joint. Who support a woman’s right to make her own health and reproductive decisions. Who wouldn’t dream of grabbing a woman by her pussy, let alone bragging about it. Who are themselves feminists.

I had the good fortune to marry one.

But there are still too damn many misogynists out there who think it’s okay to demean, disrespect, denigrate and even sexually assault a woman. And, sickeningly, this election has only emboldened them.

But if there’s any bright side to this deplorable situation, it’s that it has mobilized and empowered many more women to speak up and out. To push back. To kick ass. To own our nastiness. As Peter Finch’s character said in the movie Network, “We’re mad as hell and we’re not going to take it anymore.”

So to you small-minded, insecure men who would keep us barefoot, pregnant and in the kitchen, I say this: Keep it up and we’ll bite your head off.

What do you think? Got stories to share? Please do!

Read more of my hour here.

8 thoughts on “Guys, you don’t know how good you have it!”