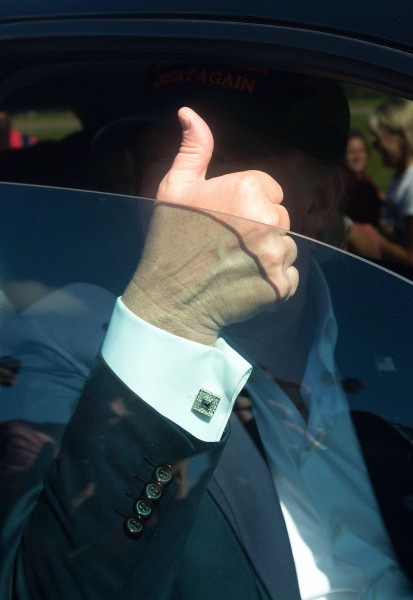 This can’t be happening, right? That CNN video above where finger size and dick jokes went full frontal during the Republican debates.
Marco Rubio sashays a bit about Donald’s hand size and Donald responds by saying he has an adequate penis.

I’m a comedian. I should like this but… I don’t.

However, there’s been plenty written about Donald Trump’s itty bitty fingers. SPY Magazine made a living off the term “Short fingered Vulgarian” describing Donald Trump. His Vienna sausage digits supported an entire magazine staff.  Trump should tout that on his resume under job creations. Instead he brags about his hands being big enough to make him a great golfer. Guess what, Donald, most great golfers have small hands. Golf club circumferences are small! Big hands don’t grip golf clubs so well. Have you ever seen Charles Barkley play golf? Sir Charles loves to play golf but, believe me, you don’t want to watch him.

Look at that tiny thumb above. Do we want a short fingered president? I’m not sure it makes a difference. Unless you have to have a minimum hand size to operate the nuclear button. Unless we need a commander-in-chief who can point the way but the troops won’t be able to see. Unless we need a president who can make the “V” for Victory sign and we want to make sure it’s a capital “V”.  We especially don’t want a leader with a small fingered tiny penis. Especially when there might be a pissing contest at a G8 conference. I wish it wasn’t that way but here’s a picture of Trump explaining the size of his penis: 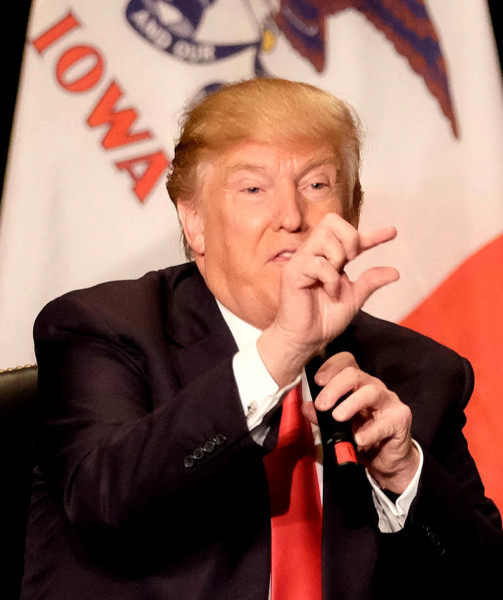