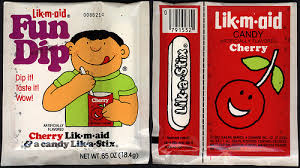 WILLIAMSPORT, Pennsylvania.  The Little League World Series began here last week, normally a feel-good break for sports fans turned off by big salaries earned by players on teams they root against.  “It’s great to see kids out in the fresh air,” says Mike Woblatz, father of 11-year-old Mike Jr., third baseman for the Osawatomie, Kansas team.  “I think there’s too much emphasis on the overemphasis on sports these days.”

Available in topical ointment or suppositories.

But Little League baseball doesn’t exist in a vacuum, and officials are mindful of the need to maintain the image of the game in the wake of drug scandals that have resulted in the suspension of several major league players , including sure-fire first-ballot Hall of Famer Alex Rodriguez, whose trademark purple lip gloss was found to contain traces of amoxicillin, the childhood earache drug. 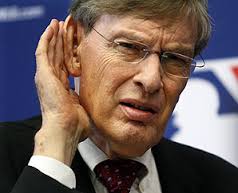 Selig:  “I had earaches too, but I didn’t resort to performance-enhancing drugs.”

“Major leaguers who cheat threaten the integrity of the sport,” said former Commissioner Bud Selig.  “I didn’t use performance-enhancing drugs, as you can tell from my performance.”

So Little League officials, hoping to maintain the purity of the amateur event that reaps them millions in television, advertising and product endorsement revenues, have instituted random drug testing after early-round games featured eye-popping scores and an unusual number of long-distance home runs.

Al Worthen is Little League’s drug enforcement chief, and he is in plainclothes today as he mingles among the wide-eyed young athletes getting their first glimpse of the hallowed grounds where undersize pros from the Far East regularly beat the pants off rubes from innocent outposts such as Keokuk, Iowa and Knob Noster, Missouri.

“Hey there, young fella,” he says to Kyle Crowell, a good-field, no-hit shortstop from Grain Valley, Iowa.  “How they hangin’?”

“Usually to the left,” Crowell replies with a smile as he accepts a souvenir pennant and pin from a league official.

“Did you have grape soda on the bus ride?” Worthen asks. 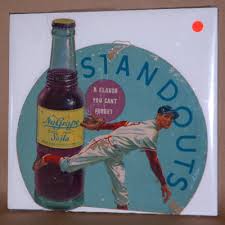 “No, why?” Crowell replies not suspecting that he’s under interrogation.

“Because your lips are awful purple for a kid who’s clean,” Worthen says as he grabs the young boy’s butt and removes a package of Lik-M-Aid, the fun dip candy you ate as a kid, from his back pocket.

“There’s nothing wrong with that,” Crowell says defensively, but the catch in his voice undermines his apparent bravado.

“Maybe this explains those tape-measure shots you were hitting all of sudden in the Upper Central Midwest Regional Tournament,” Worthen snaps before writing the boy up with a three-game suspension.

The players’ rep dutifully lodges a protest but the team’s manager simply shakes his head.  “He’s been living on the edge for some time now,” says Ed Pulkowski, a tire-and-battery store owner.  “Once you get a taste of the high life–Sue Ellen Barker telling you she thinks you’re a dreamboat–it’s hard to go back to a .128 batting average.”

Worthen moves on to scrutinize the Alameda County team, the representative from the west coast.  He stops when he sees a patch of pink paste on the cheek of Tommy Grillig, a chubby slugger whose defensive limitations recall a Jose Canseco highlight film.

“Having problems with your complexion?” Worthen asks innocently.

“Yeah, I got a big zit from eating Hostess chocolate cupcakes,” the boy replies, and a look at his girth gives a casual observer no reason to doubt his word.

“Yeah, I got a big zit from eating Hostess chocolate cupcakes,” the boy replies, and a look at his girth gives a casual observer no reason to doubt his word.

“You must think I just fell off a turnip truck,” Worthen says as he reaches in the boy’s gym bag and pulls out a tube of Clearasil Ultra Exfoliating Scrub, the PED of choice for boys who want to add pop to their bats for the playoffs.  “You keep using this stuff your nuts will shrivel up like raisins and you’ll never be able to have kids, you understand?” he snaps as he confiscates the offending substance and places it in a plastic bag as evidence.

“C’mon, mister,” the boy pleads.  “This is my big chance.  From here on out, my life will be one long, slow slog to the grave, with brief interludes of fleeting happiness provided by alcohol and infrequent marital sex.”

Moved by the boy’s eloquence Worthen reconsiders, but ultimately doesn’t relent.  “Listen kid,” he says as he hunkers down to look him straight in the eye.  “Why should you have it any better than me?”