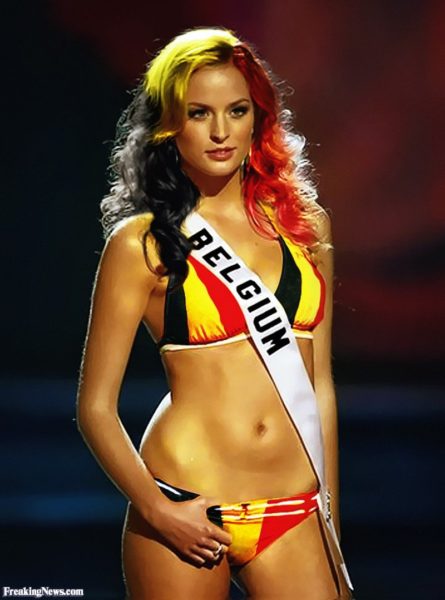 The Washington politicos are threatening to shut the government down because we are running out of funding.

Go ahead and shut the dinosaur down! It will be days before most people even would notice.

Government representatives don’t seem to be able to do much lately except fight like Yuppie versions of the Hatfields and McCoys anyway.

Why don’t we just shut off their paychecks for the duration of this shutdown. That will save a lot of money.

While we’re at it let’s cut off the Senators and Legislators’ health care for life (which is on the taxpayers dime) and suspend their pay. In fact, just shut it off for every upper level government employee. No, no unemployment for you! If we have to put up with it, so do you!

Please notice that everyone wetting themselves about the shutdown are the ones who suck the most from the governments breast milk as it is.

Belgium went without a Government for 541 days. Imagine! 541 days without having to hear politicians squabble! Wouldn’t even feel the need to go on vacation.

On the 249th day the Belgians celebrated setting the world record for going without a government.

The former record was set by Iraq.

That is really saying something.

The Belgian factions were divided by language. The Flems versus the French.

(Side note – when I try to speak French I get Flem in my throat.)

We are divided by right and left political factions. I wonder which is worse. At least when the Flems and the French argue they might not understand each other.

One really cool thing we could do while we have no government would be to sneak a new government in without them noticing. We could make it something fun, like the Monster Raving Looney Party from England (these are real political parties by the way), or the Beer Party from Germany or be like the town in Poland that elected a dog to run the show. The Monster Raving Looney Party was run by Screaming Lord Sutch who had to be fun just from the sound of his name.

Then there is the Work Less Party (motto – Alarm clocks kill dreams), the Polish Beer Lovers Party (who won 16 seats before they disbanded) and the Donald Duck Party of Sweden which both shows the American influence in their country and also makes you wonder just how serious these normally real serious people really are.

Lastly let us not forget about the Death, Dungeons and Taxes Party in England who are just too creepy sounding to ask for an interview.

Or we could just be Belgian-like and coast by without one for a while.

Ahh! Imagine the peace and quiet!

Imagine not having to hear about Trump’s latest dumb-ass tweet or to see his face plastered across your TV screen every day.
Imagine all the people living for today……ah, ah ah…. You may say I’m a dreamer,but I’m not the only one…

4 thoughts on “Shut Down the Government – Yeah!!!”