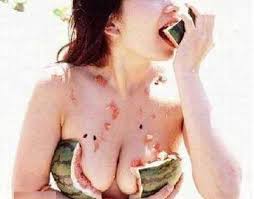 A Cambridge, Mass. man who has appeared on local cable access TV wearing a white brassiere filled with fruit is running for office.

Tomorrow–finally–is election day.  It’s been a long time, but when you’re out on the hustings–whatever they are–every day goes by in a blur. As the advance man for the only candidate in the race with the guts, the intestinal fortitude, and the produce to make a difference in the lives of ordinary people who wear fruit-filled bras, I’ve never felt so inspired in my life.

“Look at these polls,” said Angela Marconi, the candidate’s chief of staff as she burst into the “war room.”  We’re using “micro-targeting” to identify other Massachusetts residents who may have stuffed fruit or vegetables into their undergarments. Our job is to find them, mind them, and drive them to the polls. With a little luck and a few endorsements, we think we’ve got a shot at winning the whole rutabaga. 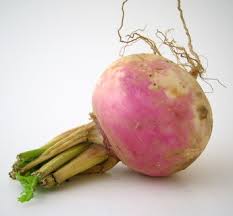 “These swing districts out in the western part of the state,” she says as spreads a brightly-colored map out on the conference room table, “They’re right in our sweet spot.”

“You’ve got precincts with high concentrations of elderly voters who keep lemons under their armpits.”

“They double as deodorant and as an alternative to salt on salads. Keeps their blood pressure down.”

“I see.” Angela was an angel. She was the glue that held the campaign together, the straw that stirred the drink. If I had any more metaphors to mix, I’d throw them all in the blender with her. 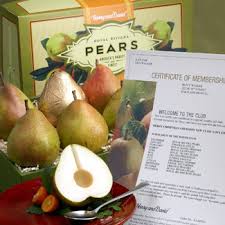 “How about the pink districts?” I ask, pointing to areas around the state’s many college campuses.

“You can’t throw a canteloupe without hitting a vegan in them!” she squealed. I think we were both getting giddy at the prospect that we could literally change the face of American politics. No more of the same tired, old left-right divisions. We were on the verge of introducing a new paradigm; Fruititarians and Vegetabilists were our base, and we’d use them to triangulate the ever-diminishing number of Massachusetts residents who ate red meat. Peel off a couple of fish and chicken types, and we’d both have high five-figure staff jobs come January!

“You know,” I said to her, my voice dropping a few decibels and my eyes narrowing to hard-boiled little slits, “this whole thing is just crazy enough that it might actually work!”

She gave me a sweet little smile, filled with a pregnant sense of the possibilities that lay ahead. Me and her, living the political life we loved, loving the life we lived, maybe even– 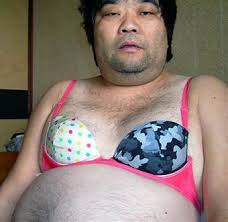 “I need somebody to do a palm card drop in Ward 5.”

My reverie was interrupted by none other than the candidate himself, who strode into the room chomping on a cigar as he adjusted two Golden Delicious apples in the D-cups of his bra.

“If you two can stop flapping your gums about demographics and wedge issues for a minute I’ve got some old school politics to talk to you about.”

We both sat up straight and gave him our undivided attention.

“Politics is about people,” he began, “not computers and the internet and stuff like that. It’s about getting me out to every freakin’ nursing home and factory gate in the state between now and election day, you understand?”

“Actually,” I said, taking a big chance that he’d hear me out. He came up the hard way and doesn’t like to listen to what he calls “political scientology.”

“What?” he asked, a skeptical tone in his voice.

“Me and Angela–that maybe it would be a good idea if we limited your public appearances and focused on radio talk shows, phone-banks and . . .”

“Why in the hell would I do that?” he asked, incredulous. “I’m a people person–I gotta get out and meet the voters.” He hesitated for a moment while he looked the two of us over like we were goldfish he was thinking of flushing down the toilet because he was tired of cleaning our aquarium. “Are you saying I should hide who I really am?” He sounded hurt–vulnerable. 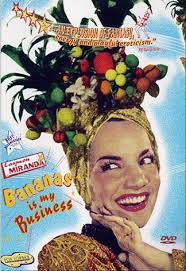 “Don’t go there,” he says. “Sure, it’s easy to think how tolerant we all are today, and to assume that the hidebound prejudices of the past were uniformly shared by all. But I know better. My mom and dad used to reach out to men and women that society marginalized because they accessorized with fruits. Carmen Miranda–Banana Man on Captain Kangaroo.” He was getting emotional.

“Look,” I said. “We’re not saying you should conceal anything from the voters, it’s just that–well–a lot of people still have trouble accepting a man who keeps . . . bananas in his bra.”

He fixed me with a stare that would have frozen a boiled vegetable. “You know something,” he said, drawing in his breath to fuel the outburst I knew was coming. “They’re . . . just . . . plain . . . wrong. The proper way to store bananas isn’t out in some Martha Stewart designer bowl.”

“No. No way. You store them in a closed paper bag–the dark, understand?” he snapped. 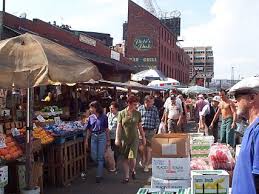 “I guess,” I said. I edged a little closer to Angela–it was our first big screw-up of the campaign.

“When the bananas get ripe–when they’re yellow with a few brown speckles–you put them in the refrigerator. Again, in the dark. Got it?”

Angela was on the verge of tears. She’d worked for some tough candidates, but I don’t think she’d ever received a tongue-lashing like we were getting now.  I had to come to her defense.

“Look,” I said firmly, “we’re doing the best we can here. The mainstream candidates belong to Harry and David, they get gift baskets delivered to their door. We have to go down to the Haymarket and scrounge around for bruised oranges in the dark.”

“You make do with what you got,” The Candidate said, his voice as forceful as I’d ever heard it.

I was beating my head against the wall and I knew it, but I had to admire the guy for sticking to his guns. “Look, would it kill you the next time we go to a senior center to just wear a pair of grey slacks and a blazer?” 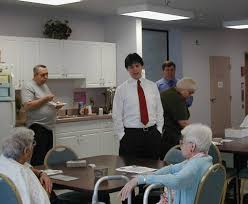 “The other candidate brought us fresh fruit.”

“But why?” he asked, genuinely puzzled. “If I get elected, I don’t want anybody saying I misled him.”

How do you explain water to a fish, I thought.  He’s so committed to the fruit-and-underwear dynamic, he just doesn’t get it.

He looked as if I’d hit him with a ball peen hammer, but I gave him credit; he recovered right away.

“So that’s what people think,” he said, shaking his head. “Well let me ask you something–what the hell’s dignity got to do with politics?”