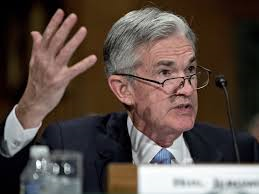 NEW YORK.  Concerns about the strength of the U.S. economy and possible interest rate hikes caused a sell-off in stock markets around the world yesterday as investors flocked to safety and poured money into records by singer Gary “U.S.” Bonds.

Powell:  “We look at three fundamental indicators: ‘New Orleans,’ ‘Quarter to Three’ and ‘This Little Girl.’”

“Over the long term, records by Mr. Bonds have held their value against a basket of international currencies including the Euro, the Chinese yuan and the Freedonian gldorsk,” said Jerome Powell, chairman of the Federal Reserve.  “A mint condition copy of ‘New Orleans’ purchased for $1 in 1960 is now worth $12, while for some reason a dollar is still worth only a dollar.” 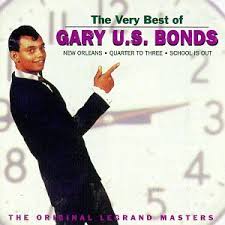 Bonds, formerly Gary (U.S.) Bonds, is an American rhythm ‘n blues and rock ‘n roll singer.  He had the parentheses removed from his name in the 1980s in a painful punctuation surgery that left him unable to do the Twist.  Long-term U.S. debt securities were named after him in 1961 by John F. Kennedy after a swinging White House party at which the president ended up in bed with Angie Dickinson, Marilyn Monroe and poet Robert Frost.

The Federal Reserve announced that it will provide liquidity in the event of a stock market crash by purchasing collectible 45 rpm records by Bonds rather than direct obligations of the federal government.  “It is time that the United States returned to fundamentals,” said Ma Delun, a deputy governor of the People’s Bank of China.  “I don’t care about price or yield on fixed-income securities–I want a good beat you can dance to.” 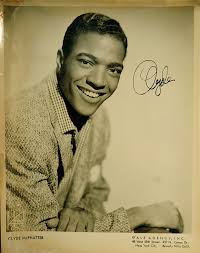 The Federal Reserve has turned to rhythm ‘n blues to address monetary dislocations in the past, tapping Clyde McPhatter’s  mega-hit “Money Honey”in 1953.   “Mamie and I very much appreciated the gift of rhythm that you have given us,” President Eisenhower said in a handwritten thank you note to McPhatter.  “Our Victrola only plays 33 1/3 records, however, so I’m not sure we were poppin’ that thang exactly as you intended.”

Available in Kindle format on amazon.com as part of the collection “Our Friends, the Fed.”