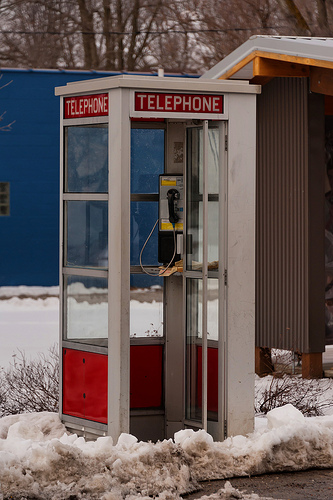 My favorite channel on Sirius Radio, “The Bridge” plays songs from the 1970’s and 80’s—the olden days. One of the most played songs of late is Dr. Hook’s “Sylvia’s Mother.”  The song is about a guy pining for Sylvia, but much to his dismay, Sylvia is done with him. He is giving one last, desperate attempt to woo her back by calling her from a payphone.  Unfortunately, Sylvia’s mother picks up the house phone and she won’t put him through to the daughter. In the midst of this turmoil, the operator interrupts the call and says, “forty cents more for the next three minutes.”

As I pondered this song, I had to wonder if anyone under the age of 22 could understand it.  Sure, their parents get the song, but their parents are old; they are probably in their 40’s. So, I played the song to a few young people and I was not surprised to see confusion creep over their innocent faces. Here were some of the questions they posed:

God, this generation is so cute.  If you look hard, you can still find a pay phone or two in airports, highway rest stops and shopping malls.  (They are hard to describe so look for signs and/or ask security.  The only reason you would need one of these things is if you misplaced your cell phone or its battery died.)

Anyway, they are called pay phones because you had to drop a quarter in the phone in order to make a call. In the earlier days, it was a dime and then there was a price hike. My mother told me once it was only a nickel.  The operators kept track of how long you talked and they would interrupt your call for more money, and if you didn’t cough it up, they would disconnect you. They didn’t care if your life was in danger or if you were marooned in the frozen tundra. If you used up your minutes, you were toast.

“What kind of phone did Sylvia’s mother have?”

Well, it’s a landline phone, and it was attached to the wall by a long wire.  You may know it as the device your parents use to talk to your grandparents. And just like cars, the type of landline phone one possessed told the world how rich you were. Princess phones had a longer base and

came in a variety of colors, and they targeted spoiled rich girls.  I always wanted a princess phone.  Mansion owners had ornate French phones. They were white and gold and curvy.  I’m not sure if they were made in France, but if you owned one, you probably had a housekeeper and a gardener too. That’s how fancy that phone was. 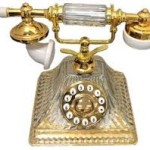 phone in another room and listen to the conversation. No, it wasn’t like hitting the speaker button so everybody purposely was in on a conversation. When one picked up an extension, it was usually to eavesdrop on the parties talking to one another. You had to be careful if you wanted to eavesdrop. You couldn’t breathe into the phone or make any noise. Background noise was a dead giveaway that the people talking “were not alone.”  The best way to see this in action is to watch an old horror movie. They are ripe with killers and monsters listening in on phone extensions.

Why didn’t he just text her or send her a sad picture of himself on Instagram with little crying emojis and lots of hearts? Or do the old-fashioned thing and message on Facebook?

Alas, back in days of antiquity, there was no texting or technology for this type of advanced communication—it was still considered science fiction.

Good question.  An operator was usually a woman (it was one of those jobs society deemed appropriate for the female sex), and she had to be good at plugging and unplugging wires into little holes.  I know it sounds boring, but these women were the backbone of the phone industry, and many retired with amazing pensions as the phone company (and it was only phone company back then), gave out amazing stock packages to their employees. Anyway, these women not only connected calls through a complicated network, but they monitored calls on  pay phones so they could jump in at a moment’s notice.

Why wasn’t this guy in the song arrested for stalking? 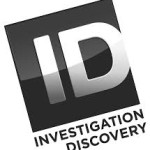 Good question. Back then, we just called it intense love. Thanks to the ID channel and shows like Criminal Minds, we now know it’s an unhealthy and felonious love.

This seems like such a difficult way to communicate. When did this all end?

Well, these were the days before computers, the internet and Apple, so you know…life was really hard. It is amazing anything was accomplished at all. We had to rely on letter writing and encyclopedias and libraries for information.  Imagine that.  We had to talk to people—face-to-face—in full sentences. We had to have human contact.  It was one of the most difficult eras in human history.  It’s amazing the human race didn’t annihilate itself.

13 thoughts on “The Historical Significance of Sylvia’s Mother”