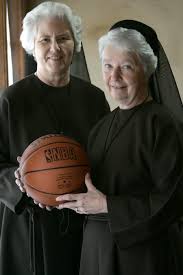 BOSTON.  The Christmas shopping season is in full swing here, and the usual crush of office workers on the streets of Boston is made worse by suburban mothers and children in town to see the “Santa’s Workshop” display in the Clark’s department store window.  But there’s another, more ominous addition to the typical workday crowd–extra security guards, hired to minimize shoplifting losses that can eat away at retailers’ critical December profits.

Da Sistahs:  “One of the ballers tried to rip this off.”

Most wear standard-issue rent-a-cop outfits, but two stand out from the bland crowd; Sister Mary Joseph Arimathea and Sister Mary Clarus, who wear the grey, white and black habits of the Little Sisters of Inventory Loss Control.

Bob Duffy, Clark’s Director of Security, says he brought the two nuns on board last year after seeing their handiwork across the street at Sheehan’s Church Goods, Boston’s leading provider of religious artifacts and supplies.  “Some kid tried to boost a pack of Upper Deck All-Star Martyrs Trading Cards,” he recalls wistfully.  “The sisters were all over him like a cheap suit.  When he walked in he had the face of an angel, and when they got through with him he looked like he needed Accutane.”

The two got their start as a tag team handling a rough crew of boys who moved through Sacred Heart Grade School in Sedalia, Missouri, like a rat through a snake’s digestive track.  “The gang that graduated in 1965, they were sent to us from hell,” Sister Mary Clarus recalls with disgust.  “Dick Waljek tried to knock my wimple off one day, and Scotty Lilja drew a picture of St. Agnes in a Speedo for his fifth grade art project.” 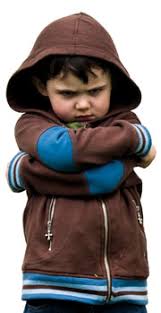 The two moved on from those humble beginnings to work security for Pope John Paul II during his American tour in the fall of 1979.  “There were always groupies and lepers trying to get backstage for blessings after gigs,” says Arimathea, known to those she has collared as “Sister Joe” for her no-nonsense approach, modeled after Sgt. Joe Friday of the “Dragnet” television show.

“Put down the holy water and nobody gets hurt.”

The two stand a watchful guard over the Winter Street entrance to the store, leaning back against an Elizabeth Arden bath oil bead display to make themselves inconspicuous. 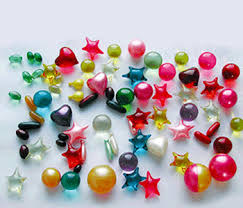 What do you do with the thick, rubbery skins after the water runs out of the tub?

“Our job isn’t to wait until trouble happens,” says Clarus.  “Our job is to stop it before it starts.”  As she finishes, she casts a jaundiced eye at Tiffany Uxbridge, a twenty-something secretary who’s brought her Starbucks peppermint mocha into the store with her.  Sister Joe nods her head, says “Let’s roll,” and the two make a bee-line for the perp.

“Excuse me, young lady,” Clarus says.  She grabs the elbow of the arm that isn’t holding the cup, an incapacitating martial arts hold that she first used on Con Chapman, a second-grade spelling champ, to keep him from a life of crime that was about to begin with the misdemeanor of talking in line during a fire drill.  “Aren’t we forgetting something?” Sister Joe says as she sets a pick directly in front of Uxbridge. 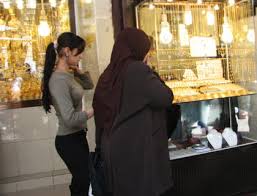 “What?” the girl replies, not removing her ear buds.

“Your coffee, dingleberry!” Clarus shouts, growing angry at the woman’s apparent indifference.  “If it don’t say ‘coffee shop’ on the outside, it ain’t a freakin’ coffee shop.”

Some shoppers slow down to stare at the stop-and-frisk that follows, while others give the trio a wide berth, hoping to avoid trouble. 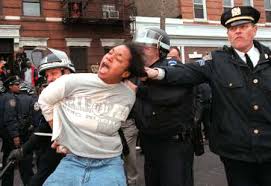 “These are my jeans–I wore them into the store!”

Arimathea writes the woman up with a warning and escorts her to the exit.  “Take your damn shopping list to Filene’s,” she says with a sarcastic laugh, referring to a competing department store next door that was demolished.  “Maybe they’ll want your business.”

The two take a turn down to corner, where the store’s back entrance faces a less savory streetscape.  “Isn’t that D’Angelo?” Arimathea says, referring to a young man with low-slung jeans and a flat-brimmed New York Yankees cap.

“The same,” Clarus replies, and like birds flying in formation they fall in behind a dropout from St. Columbkill’s High School in Brighton, a suspect who has eluded the sisters to date.

They watch as he walks through the glass doors, and note a curious departure from his usual manner; he removes his ever-present hat and hands it around the anti-shoplifting device.  “Something’s not right,” Arimathea says, and the two move in for the kill.

“Hel-lo D-Angelo!” Clarus says as she applies her vise-like grip to the man’s elbow.  “Nice to see you doff your hat when you come to visit us.” 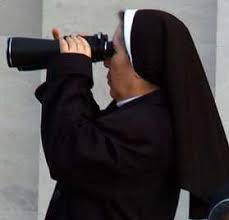 “Why don’t we do an instant replay,” Arimathea says as she steers him back to the entrance.  “Let’s just ‘pass the hat,’” she says as she removes the man’s baseball cap and holds it between the transmitter and receiver antennae of the anti-shoplifting device.

A loud “BLONK” sound is heard, and Clarus brings her 12-inch metal edged ruler down on the thief’s right ear.

“Ow!” he screams and falls to the floor.  Arimathea moves in, slaps handcuffs on the young man and begins to recite his rights.