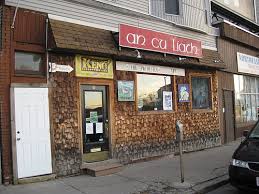 DORCHESTER, Boston.  It’s Sunday so banks are closed across the country, but one lender continues to do a brisk business on the day of rest in this predominantly Irish neighborhood of Boston.  “I’m always open,” says C. Michael “Mickey” Doolin, a fixture in The Claddagh, a bar named after the “friendship” ring that Irish men give their girlfriends to satisfy their desire for jewelry while keeping them at arm’s length romantically as they defer marriage.

“I fill an unmet need,” Doolin says as a man waits patiently to speak to the self-proclaimed “National Bank of Dot Ave,” the street where the bar is located, shortened from “Dorchester” to “Dot” in local argot.  “Them banks, they’d never lend money to my friend Jimmy here,” he says as he nods at the prospective borrower.  “Me–I provide the liquidity that keeps our economy moving. The banks, they only lend money to people who don’t need it.” 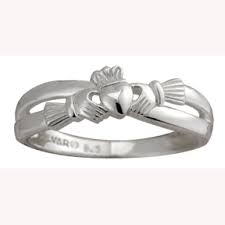 “Here’s yer ring like ya been whinin’ for.  Now will ya shut yer yap?”

Doolin excuses himself to process the verbal application submitted by “Jimmy,” who declines to give his full name in the presence of a stranger.  “I need $9 for a pack of butts,” he says to Doolin, who looks the man up and down to better judge his prospects for repayment.  “Okay–pay me back tomorrow, it’s ten,” Doolin says.  “Ten more for each week you’re late,” a rate that would be considered usurious under state law here and elsewhere.

“Sure, Mickey, that’s fine,” the man says as he signs a “memo” which serves as the promissory note between borrower and lender.  “I’ll pay you back tomorrow, honest I will.”

“In a pig’s ass you will,” Doolin says with good humor as he hands the man a $10 bill.  “I’ll be knockin’ on your mother’s door come Easter is my guess.”

With that, Doolin closes another low-dollar loan to both men’s satisfaction.  “What was it David Ricardo there said,” Doolin muses as he writes in his ever-present spiral pocket notebook.  “‘Trade benefits both parties’ or sumpin’ like that.” 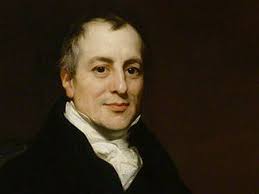 David Ricardo:  “It was either I who said that, or Yogi Berra.”

Doolin is a “microlender,” a low-end segment of the financial services industry much in vogue since Muhammad Yunus won the Nobel Peace Prize in 2006 for the work done by his Grameen Bank to lift the poor out of grinding poverty through small loans used to finance small businesses. 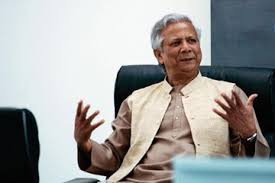 Yunus:  “Who the hell is this guy Mickey Doolin?”

But while Yunus collected 8 million Swedish kronor in prize money–about $1.2 million–for his work, Doolin has received nothing but the police surveillance he’s learned to live with as an immutable fact of life.  “My return on equity could be higher,” he says as he licks the end of his pencil, “if I didn’t have to pay off so many cops.”

So Doolin toils in obscurity, making loans to finance lottery ticket purchases or to cover sports betting obligations, resigned to the fact that, if he were half a world away in India, he’d be lauded for work that is considered disreputable in the U.S.  “I don’t know why the government bailed out them big banks,” he says as he shakes his head.  “I got a better record collectin’ loans than they do.” 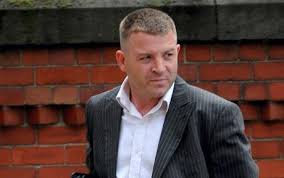 “Also, I don’t offer no toaster ovens–got it?”

How, this reporter asks, does he manage to do so well by comparison to the nation’s largest lenders.  “Well, your snooty-tooty bankers will typically send a letter when a borrower don’t pay,” he muses aloud.  “Me, I customarily proceed directly to break the deadbeat maggot’s face.”