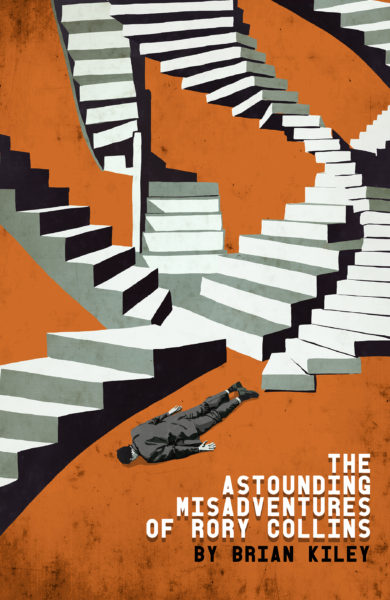 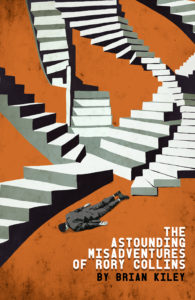 I recently interviewed Brian Kiley for HumorOutcasts.com. Brian has a substantial resume as a comedy writer and entertainer. Brian has been a staff writer for Conan O’Brien for 23 years and been nominated for 16 Emmy Awards one of which he won in 2007. He has appeared numerous times on the David Letterman show, Late Night with Conan and four times on the Tonight Show. Brian Kiley also has his own Comedy Central half-hour special.

Brian Kiley is also the author of a novel, “The Astounding Misadventures of Rory Collins” available on Amazon in paperback and Kindle. The book has a subject matter that you probably wouldn’t expect from a comedy writer. For more information about the nuances of the story line, without any spoilers of course, I would like to refer you to Brian himself on our podcast interview.

Any time that I take on an interview I am somewhat nervous about how it will turn out because I want it to ultimately be good for the subject. However, when approaching an interview with someone like Brian I am also aware of two things. For one, they have been interviewed over the years by the best of the best. And two, they do so many interviews that they get asked the same questions over and over again.

The challenge, therefore, is to talk about the right mix of information relevant to the book and yet respectfully throw in a few curve-balls to add an organic feel to the conversation about his craft. I expressed this anxiety to Brian before we began recording and he was very gracious and receptive to the idea.

As they say, with that being said, I invite you to listen to our podcast produced on behalf of Donna Cavanagh and HumorOutcasts.com. The episode is available at the bottom of this post.  For your convenience the interview is also available on most of the major podcasting platforms including iTunes Apple Podcasts and Stitcher under “Billy Dees.” It can also be accessed on TuneIn through your Amazon Alexa streaming device.

The podcast is titled on these services as: