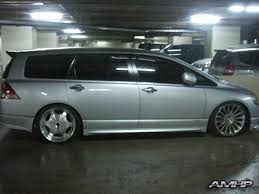 FRAMINGHAM, Mass. Michelle Trainor is a busy mother of three who admits she sometimes goes “just a teensy bit over the speed limit” in her 2016 Honda Odyssey. “There’s no way I could get my kids to all their soccer games and ballet lessons if I obeyed the law,” she says with a look of exasperation. “It’s not like I’m an axe murderer or something.”

That outlaw spirit, shared by so many other suburban mothers, has given rise to NASCAR’s latest feature, The Minivan Series by Pottery Barn, a competition limited to soccer moms with at least 2.3 children who drive minivans over suburban courses featuring mandatory “pit stops” at drive-through franchise restaurants.

“The Pottery Barn Minivan Series is our attempt to make inroads into an affluent suburban female demographic,” says NASCAR spokesman Earl Salley. “Those women have historically looked down on us because we have grease under our fingernails and double names like ‘Joe Don’ and ‘Gene Ray’.” 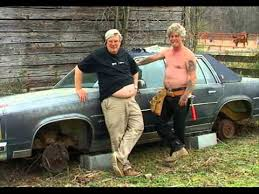 As with other NASCAR race series, fans of the Pottery Barn competition love rivalries between drivers, and Michelle is still smarting from a run-in last week with Mary Louise Peck of Olathe, Kansas, at the Overland Park 250. “That . . . I’m not gonna say it, but it rhymes with ‘itch’ and I don’t mean ‘witch’ . . . cut me off at the Dunkin’ Donuts express lane,” she says bitterly. “Then she goes and orders a Strawberry Coolata and I end up out of the money.” The two “swapped paint” in the parking lot on their way out onto the track, but no fines were assessed against either driver. 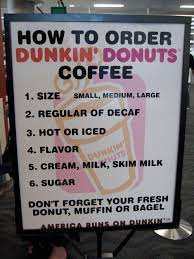 Race teams include not just a pit crew, but also “back seat drivers” in the form of actual children of drivers. “It makes it that much more special when you win,” says Mandy Weiskopf of Bloomfield Hills, Michigan, #45 in her Chrysler Town & Country. “Of course, the kids slow you down on the backstretch because if you come out of the turn too fast they’re liable to upchuck over the back of your seat.” 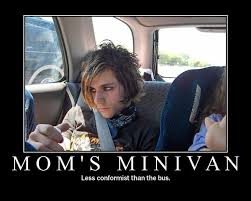 The Framingham 200 is a challenging race that involves high-speed straightaways down Route 9, a crowded east-west highway, then a detour to Route 30 and a homestretch through Shopper’s World, one of America’s oldest shopping centers. “You’ve got to pace yourself,” says Joni Gomez, who covers NASCAR for Ladies Home Journal. “If little Courtney doesn’t like the Happy Meal toy for girls at McDonald’s on Route 9, you’ve got to haul ass over to the Burger King on Route 30 through some heavy mall traffic on Speen Street.” 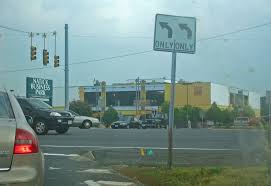 Coming into the home stretch

The race gets underway and Trainor takes the lead on what she considers her home track since she lives in nearby Sudbury. “Mary Louise Peck is not going to track her usual dog poop into my house,” she says grimly as she “bump drafts” an elderly woman who’s been poking along five miles an hour below the speed limit with her right blinker flashing for two miles.

The senior citizen panics and ends up careening off the road into an office complex as Trainor zips by on her left. “I’d call 911 but it’s really not safe to drive and talk on the phone at the same time,” she says as she takes a sip of the vanilla iced latte she picked up at Dunkin’ Donuts a lap earlier. She heads for the left-hand turn lane onto Route 30 when she sees her nemesis Peck in the rear view mirror. “If that blue eye-shadowed bimbo thinks she’s going to cut me off she can think again,” Trainor says as she swerves past a delivery truck. 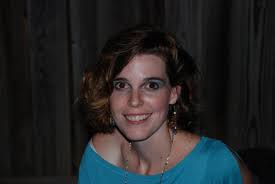 “Mommy, I’m hungry,” whines Caitlin, Trainor’s ten year-old daughter from the back seat. “What do you want, punkin’?” her mother asks. “I wanna go to Wendy’s!” the girl replies, sending the mother into a tizzy.

“Caitlin, honey, I’ve told you before if you want Wendy’s you have to tell mommy before we make the turn-off, okay?”

“I WANT WENDY’S!” the girl screams.

“They’re all the same, sugar.”

Trainor turns around to console her daughter and as she does so she sees Peck cut around her just as the green arrow begins to glow on the traffic light overhead.

“Dammit,” Trainor says. “Now look what you made me do!” she snaps at her daughter.

“Now you have to take me to Wendy’s or I’ll tell daddy,” the girl says with finality. 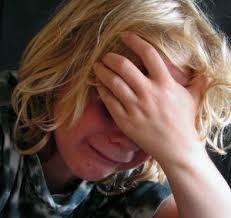 “Your daddy says a lot worse than that, sugar, so you don’t scare me. You’re just gonna have to settle for Burger King because I can’t turn around.”

Trainor puts the “pedal to the metal” and gains some ground on Peck, who makes a critical mistake by turning onto the access road to Bed, Bath & Beyond rather than the cut-through that would take her to a victory lap and the grand prize–a $1,000 shopping spree at Pottery Barn, the upscale home furnishings store.

“I’m right on your bony little ass,” Trainor mutters to her rival under her breath as she whips into the drive-through lane at Burger King and turns to take orders from her children. “Tell me what you want and make it quick!”

“I want a root beer and a Whopper Jr.” her son replies. 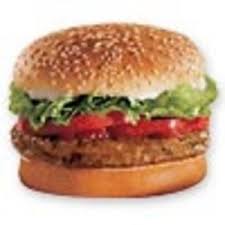 “I want a large order of fries, a Double Whopper with cheese, and a big chocolate shake,” her daughter says.

“Sweetie, the doctor says you have to cut back a little or you’re going to look like a Hungry, Hungry Hippo by the time you’re in high school.” 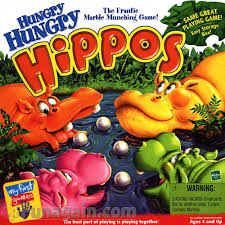 “Why don’t you try the BK Veggie Burger?” her mother asks. “It’s good for you–or at least not as bad for you.”

“May I take your order,” a disembodied voice barks through the drive-up loudspeaker.

“I WANT A DOUBLE WHOPPER!” Caitlin screams, and her mother relents as she sees Mary Louise Peck turn around and exit from the mall parking lot.

Their food paid for, the Trainor family heads for home on the heels of Peck and her brood of tow-headed youngsters. The light at the Oak Street intersection changes to yellow, then red, causing Peck to slow down, giving Trainor the opening she’s been looking for. She pulls off to the right as if to reverse direction at the intersection, but then makes a right-on-red that will give her a ten car-length lead by the time the light changes to green.

“Why you frigid, frost-headed slut!” Peck yells out her window.

“Sorry, Mary Louise,” Trainor calls back. “It takes a really good bad driver to get the checkered flag in Massachusetts!”

Available in Kindle format on amazon.com as part of the collection “From NASCAR to NPR.”