BOSTON, Mass.  It’s a week after Labor Day, and one would expect end-of-summer doldrums to linger at Allied Symbiotronics, a technology company that makes something technical.  “You know how it is,” says Allison Mallieson, who writes instruction manuals.  “People don’t really get serious about business until they get all the sand out of their sneakers.” 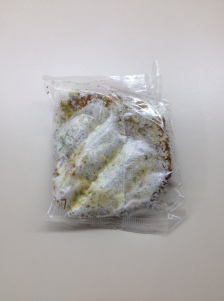 Unclear what this is, but it’s in my office refrigerator.

But in the employee lunch room, Niles Girdakis and Tony DiLorenzo have looks of grave concern on their faces.  “I’m getting a pretty hot reading,” Girdakis says as he peers down at a hand-held device whose needle is jumping past green and yellow zones to a red stripe that signals danger.

“No, I’m not going to welsh on a deal,” Girdakis says.  The two nod at each other, make fists with one hand each and begin to pound them into the palms of their other hands.  “Rock-paper-scissor-SHOOT!” they say in unison, and Girdakis breathes a sigh of relief when he sees that his “paper” covers DiLorenzo’s “rock.”  “Sorry, buddy,” he says with an unconvincing expression on his face. 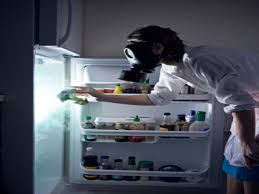 “That’s okay,” DiLorenzo says mournfully.  “You can have my goldfish in case I don’t make it back alive.”

And with that the younger man pulls on heavy-duty asbestos gloves, adjusts a gas mask, and with a terse “Cover me” to his partner, plunges into a hellish cauldron of toxic fumes, ancient baking soda and canned soft drinks–the office refrigerator, which he will clean for an hourly rate comparable to that paid by the company to its lawyers when it needs to perpetrate publicly-traded securities fraud. 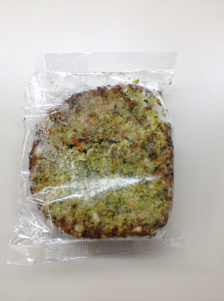 “The Monday after Labor Day is the most dangerous day of the year for RHMTs,” an acronym that stands for “refrigerator hazardous material technician,” one of the fastest-growing occupations in the country, according to economist Phillip Grief of Northeastern University’s Graduate School of Appliance Studies.  “People bring in a tuna sandwich the Thursday before vacation in July, forget about it the next day they’re so excited to get away from the office, and by the time summer’s over it’s a miniature Chernobyl with soggy lettuce and tomato.” 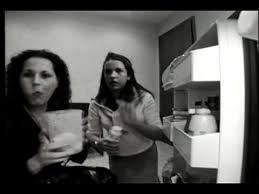 While no longitudinal study has been conducted to measure the effect on service-sector workers of prolonged exposure to unidentified lunch objects–or “ULOs” as they are referred to by RHMTs–anecdotal evidence is mounting that a leaking plastic container filled with American chop suey presents a business risk greater than data breaches, embezzlement or Claude, the weird guy with suspenders in the copy room. 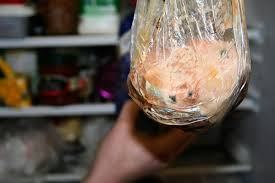 It came from the salad crisper!

“We will not stand idly by while our members’ lives are endangered by Sue Ellen Mishke’s crappy Tupperware,” says Gloria Solos, shop steward of Local 238, Office Workers International Union.  “I mean, we’ll be idle, but I’m going to be sitting in the reception area, as far away from that hot mess as I can get.”