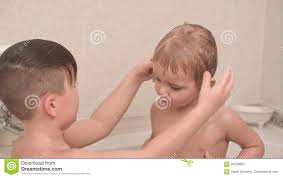 It’s Thursday night, time for my wife to make time for “Grey’s Anatomy,” since neither one of us can figure out how to tape the damn show.  “I’ll take care of the kids,” I said, kissing her on the forehead the way I did to Pam McAfree after the Homecoming Dance freshman year in high school.  I didn’t want to go too far, too fast.  With Pam, not my wife.  With my wife I went all the way, hence the kids.

“Thanks,” she said, and I trudged up the stairs where our boys, Scooter and Skipper were finishing up a self-administered bath.  They said they were “big boys” now at the tender ages of twelve and ten respectively, and could handle the safety precautions themselves.

As I rounded the corner into the bathroom I heard the tail end of an argument; “Is not,” “Is so”–you know the drill.  I made an excessive amount of noise as I entered to make them think that, like the NSA, I’d heard everything they’d said.

“What’s going on?” I said in that stern yet avuncular tone much beloved of TV dads, even though–when I thought about it–it wasn’t clear how I could be someone’s father and uncle at the same time. 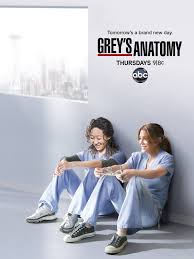 “There’s no way the patient can survive another denture adhesive commercial!”

“He’s being mean!” said Skipper, the younger one.

“What do you know?” Scooter snapped back at him.

“What’s this all about?” I asked in a calm and reassuring tone, trying to spread oil–10W 40, the thicker kind–on troubled waters. 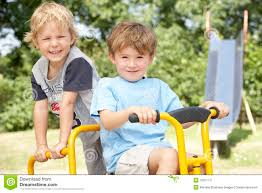 Skipper and Scooter, in happier times.

“Scoots–is that true?” I asked.

“We learned it in social studies today.”

“Is your social studies teacher the one with the ‘Ready for Hillary’ bumper sticker on her Prius?” I asked.

I gave Scooter a stern look that showed how disappointed I was. “Scooter–what have I told you about hybrid cars?”

He pursed his lips, then said “You pay a lot of money to feel good about yourself.”

“That’s right.  There’s about a thousand dollars difference–for what?”

I put a towel around each of them, then began my cross-examination of Scooter.  “So why does La Fothering-Galen say America’s in trouble?”

“She said that the Democrats control one part of Congress, and the Republicans the other, so we’re gonna have gridlock, and nothing’s going to get done!”

“And she thinks that’s a bad thing–right?” I asked.

Scooter was stunned, like a steer who’s just been shot in the head as he made his way down the ramp to the slaughterhouse.  “It’s not?”

“Of course not.  Who said ‘No man’s life, liberty or property is safe while the legislature is in session’?” 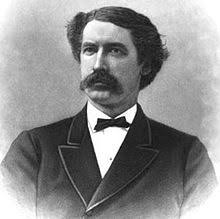 I could see the wheels spinning in his little brain as he searched through the Kidz Bartlett’s Familiar Quotations I’ve been implanting in his head, aphorism by aphorism, for the past decade.  “Thorstein Veblen?”

“All good guesses, but I’m going to have to flip over all the cards,” I said in imitation of John Daly on “What’s My Line?”  “The answer is–Judge Gideon J. Tucker!” 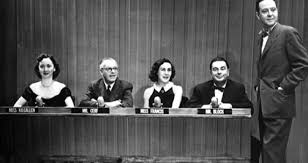 “Fishsticks!” Scooter exclaimed.  “I was going to say that next!”

“See kids,” I said as I sat down on the tub, “partisan bickering is healthy.”

“Mom tells us not to fight,” Skipper said.  He’s the more rule-bound of the two.

“I guess,” he said dubiously.

“Sure they do.  Take for instance what’s going on right now in Congress.”

“Ms. Fothering-Galen wanted us to stay up and watch C-Span,” Scooter said.

“She’s the one who doesn’t like to read the bills, right?” 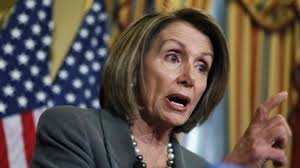 “Until they pass, that’s right,” I continued.  “But she usually hates President Trump.”

“What is everybody arguing about?” Skipper asked.

“Is he the gay guy who fell in the love with the man whose father made up the boxing rules?” Scooter asked.  Apparently he actually listens to some things I say. 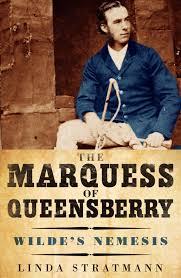 “Very good, Scoots.  That’s him.  Anyway, Oscar Wilde said ‘I don’t care if the Cavaliers or the Roundheads win–I just want them to keep fighting.”

“Who are the Cavaliers and the Roundheads?” Skipper asked.  He has such a thirst for knowledge!

“Well, those were two political groups in England a long time ago.  And the Cavaliers were kind of like the Democrats today, and the Roundheads were sort of like the Republicans.” 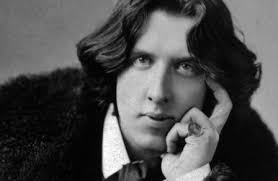 I wasn’t sure if they caught my drift, so to speak, so I continued.  “Anyway, Wilde and Judge Tucker–two very different people–agreed that it’s better if politicians are fighting each other.  That way they leave us alone, and we get to enjoy the entertaining show!”

I knew what I was telling them ran counter to all the goo-goo crap that public school teachers in our high-achieving exurb insist on force-feeding our kids, but it was an important lesson for them to learn.

“So people who usually don’t agree are on the same side?” Scooter asked.

“Somebody you get into bed with.”

I looked him in the eye and I saw there a fatal truth that it was time for me, the supposed adult in the room, to learn; I’m never going to be much of a guitarist, much less a jazz guitarist.  “Go ahead,” I said, faking emotion with a verge-of-tears note in my voice, “step all over my dream!” 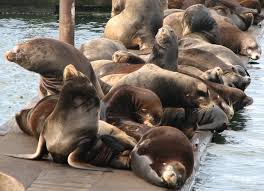 “Let’s go!” Skipper yelled as he ran out of the room naked and jumped into bed as we all began to sing:

It’s not often you get
a sea lion to jump in bed with you.
So when you do,
you’d better be nice as you can be.
Take a trip to the moon,
but be back real soon
so you–can see–a sea lion
jump into bed with me!

There’s something about two wet, naked kids drying themselves off by slipping under the covers as they sing a song that–while I wrote it–doesn’t even make sense to me that’s comforting, even reassuring.  It helps you put the troubles of the day behind you.  “So what’s our lesson for tonight?” I asked.  I can’t help it; we auto-didacts tend to be just a tad didactic.

“A pox on both your houses!” the boys cried together, just as their mother rounded the corner and entered the room.

“Anybody thinking about settling down and going to sleep anytime soon?” she said wearily.  My guess was she’d come upstairs because there was a commercial break for denture cream.

“Mom–did you know that it’s okay for people to fight if it keeps them from taking your money and they’re fun to watch?” Skipper said.  He had reduced the lessons of our special time together, as he so often does, down to their essence.

“If that’s something your father taught you,” she said with an upraised eyebrow as she turned to leave, “you can be sure it’s not true.”

Available in print and Kindle format on amazon.com as part of the collection “Scooter & Skipper Blow Things Up!”