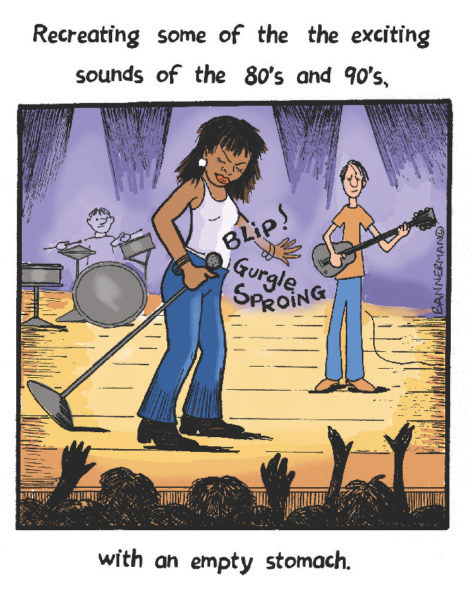 As reported by the BBC’s Miriam Quick, Spotify recently released scores for 35 million songs, based on “machine learning.” Quick used that data to identify the five saddest songs to top the charts since 1958. Two of the five were by the Commodores. This leads me to believe that machine learning is in its infancy.

“Three Times a Lady” is the number two sad song. “Still” is number five. I’m not sure either is a weeper. Bad, possibly. Sad, not especially.

The number 1 sad song, supposedly? Roberta Flack’s “The First Time Ever I Saw Your Face.” Huh? It’s just a slow love song. Think that one’s sad, computer? I’ll give you sad. Maybe not all of these topped the charts, but they were hits:

“I Still Haven’t Found What I’m Looking For” by U2. Here’s a song about Bono doing some last-minute gift shopping, perhaps for a child’s birthday, and he just can’t find it on the shelves. You know why? Tickle Me Elmo is sold out. We’ve all been there.

“The Winner Takes It All” by ABBA. This poor Swedish woman had her big heart broken in two. But no doubt she felt better when the royalty checks came rolling in, which is why it should be renamed, “ABBA Takes It All.”

“Honey” by Bobby Goldsboro. I know: You hate this song. You say you do, but deep in your heart, hidden away in an embarrassing little corner, you love it. His wife is dead. Now his life’s an empty stage. See the tree, how it has grown. You’re welling up already. Aren’t you? Aren’t you! I thought so.

“Eleanor Rigby.” Written by Paul. Just plain depressing. Grimy post-war England, no eggs, butter rationed, all the lonely people darning socks and wearing a face they keep in a jar by the door. I’d rather listen to one of the Beatles’ more upbeat compositions, like “While My Guitar Gently Weeps.”

“I Started a Joke” by the Bee Gees. A joke “which started the whole world crying.” Makes you wonder, what kind of joke could be that bad? Odds are it was a really, really bad pun.

“I’ll Be Home for Christmas” by Elvis. A happy little tune—until the devastating last line: “if only in my dreams.” Thanks, Elvis. Thanks for ruining the holidays for everyone who can’t get home. Remind us of everything we’re missing, family, food, mistletoe… thanks for helping us experience that regret every single year, every single day from Halloween to New Year’s.

Machine learning, as you can tell from Spotify’s evaluation, knows nothing. Which means the robots are further away from world dominance than I thought: “Let’s make the humans sad. Play the Commodores.” We laugh at your lack of perception—you’ll never know what it’s like to hear the saddest of all sad songs, “Timothy,” by The Buoys.

“Timothy” uses that tried-and-true pop song formula: a man gets trapped in a cave and is eaten by his friends. “Timothy, Timothy, where on earth did you go?” Right down the gullet, that’s where. Now that’s a sad song, especially for Timothy.

By the way, the Spotify data rates Vanilla Ice’s “Ice Ice Baby” as the Most Danceable song, another indication of its serious programming flaws. Fix the code. When it comes up with James Brown, it’s working.