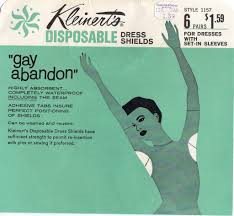 WESTLAND, Mass.  The Boston Marathon, the nation’s oldest, is Monday, so the coming weekend would normally be a time of high anticipation for Nicole Stansler, who’ll be running in her fifteenth such event.  “I always do it for my college sorority sister May Dignan,” Stansler  says over an audible lump in her throat.  “She died of armpit cancer from the asbestos dress shields we all used to wear back then.”

Nicole’s face usually graces the front page of the local newspaper, the Westland Times-Courier-Sentinel, the Thursday night before the Patriots Day holiday in a touching tribute to her ongoing charitable crusade, but this year she was surprised to find her across-the-cul-de-sac neighbor Kimberly Greenlaw featured instead.  “I don’t know where the hell that rag gets off thinking she’s more charitable than I am,” Stansler snaps.  “We’ve been advertising with them for over a decade,” she says, referring to her husband Ted’s local business, an insurance agency where he sells life and disability policies for Modern Moosehead Insurance.

But talk to the Greenlaws and you hear the other side of the story.  “Our nation is plagued by an epidemic of fantods,” says Kimberly, a pert brunette who has a home organizing business and does volunteer work in her ample spare time.  “My college roommate Lisa Solari just keeled over from an attack of this dreaded disease when the PTO voted to replace the Evian in the water fountains at the middle school with Poland Springs,” a regional and less prestigious brand.  “One in five women over the age of 30 can expect to have an attack of fantods in her lifetime, the others will be okay and die of something else.” 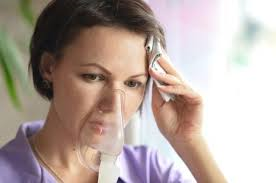 Know the five warning signs of a fantods attack!  Or maybe it’s seven, I forget.

So Pete Mathewson, a career newspaperman who was recently promoted to Editor-in-Chief of the Times-Courier-Sentinel, was faced with a dilemma: honor the wishes of a long-time advertiser, or–counter-intuitively–bring something “new” to the news section of the weekly paper that most people in town read only to see their children’s names on the sports page.  “It was a tough call, but the Stanslers hurt themselves with their advertising budget,” he says.  “I couldn’t face my j-school classmates at reunion if they found out I engaged in ‘green’ journalism.”

Clashes between competing charitable instincts are becoming more common across America, according to sociologist Myron Nowak of nearby Brandeis University.  “There’s really no point in doing volunteer work unless you get a lot of credit for it,” he says, as he surveys the programs he’s collected from a number of recent galas on behalf of–or more properly in opposition to–various fatal diseases.  “I tell my own children ‘If you want to save the world, fine, just make sure you bring a publicist and a photographer with you.’” 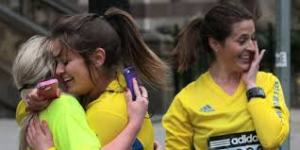 “Because of people like you, we raised over $200 to fight split ends!”

But that’s brings no solace to Nicole Stansler, who finds herself odd-woman-out after her long run–literally and figuratively–as poster girl for shin splints and dehydration for a good cause.  “I suffered dammit,” she says bitterly as she laces on her running shoes for a last workout before “Marathon Monday.”  “I don’t do all this charitable crap out of the goodness of my heart.”

Available in Kindle format on amazon.com as part of the collection “The Spirit of Giving.”