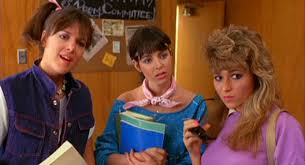 SAN GUACAMOLE, California.  This idyllic town in the San Fernando Valley is home to UCal-San Guacamole, one of the lesser-known outposts of the vast California public college system, but the school’s lack of renown is about to change as Tiffany Hansen, a self-described ”out and proud former Valley Girl,” takes the reins of the school’s six-member philosophy department this semester.

“Why do you say that?  Wittgenstein is like totally rad!”

“They were like ‘You wanna be chairman?’ and I was like ‘Ya think?’” she says, still incredulous at her good fortune.  “It’s like three thousand more bucks a semester, which I can totally use to buy clothes!” 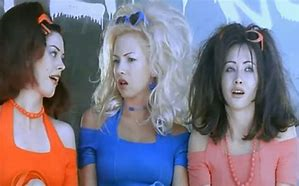 Tiffany has been a rising star in the world of philosophy since she astounded members of the discipline with a Ph. D. thesis on pessimistic German philosopher Arthur Schopenhauer that consisted of a mere five words–”Life sucks, then you die.”  After editing and the suggested addition of a single footnote–”Me”–the monograph was published in Zie Journallen du Boringische Studies de Schopenhauer and subsequently developed into a line of casual clothing and greeting cards. 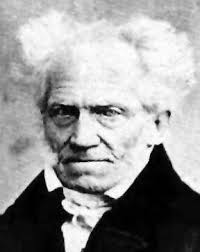 Schopenhauer:  “Tiffany thinks like me, but looks better in a tube top.”

“Tiffany’s philosophy is aphoristic, like Nietzsche’s,” says Professor Nelson Hienrikus, her doctoral advisor.  “But Nietzsche wasn’t particularly easy on the eyes, while Tiffany is one bitchin’ babe in a tube top.” 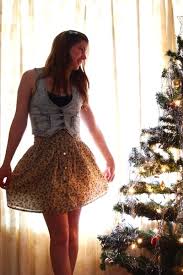 The rise of former Valley Girls now in their forties to the top of the gloomy discipline of philosophy has brought new interest to the field, usually viewed as a dead-end that can lead only to low-paying teaching jobs.  “Valley Girls can expound a variety of world views–cynical, pessimistic, hedonistic–but at times they verge over almost into Oriental quietism,” notes Dr. Merrick Moskill, current chairman of the American Philosophical Association.  “Listen to this,” he says as he picks up a monograph submitted to the group’s quarterly journal.  “I don’t think I should have to pay for my gas because I don’t work.  My dad works, so like–duh–he should pay for it,” he reads.  “It recalls the passage in the Gospels about the lilies of the field,” he says, growing wistful as he gazes out his office window and spills pipe tobacco, setting fire to his tweed vest. 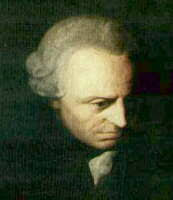 Kant:  “Why does she keep saying ‘Whatever’?”

Both Valley Girls and philosophers have been accused of using jargon to make what is merely obscure seem profound.  Philosophers frequently forestall hasty conclusions by defining terminology and questioning whether certain types of knowledge are susceptible of elucidation in a meaningful fashion.

“My object,” said Immanuel Kant in his Prolegomena to Any Future Metaphysics,” is to persuade all those who study Metaphysics to pause a moment, and ask ’Are you serious?’”  Similarly, “Valspeak,” the argot of Valley Girls, relies on paradox and opposition to produce a synthesis leading to truth.  “Take the expression ‘As if!’” notes Moskill.  “It is both a contingent expression of disbelief, and a way to like totally diss somebody.”

Available in Kindle format on amazon.com as part of the collection “Let’s Get Philosophical.”