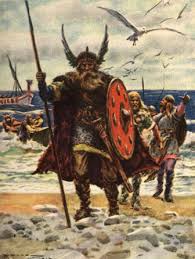 A mastery of poetry was a must for any young Viking.  A few Viking poems dwelt on love, but the heroes often undermined their happiness by chasing adventures that separated them from their beloveds.

“Who’s got the beer cooler?”

It’s 1230, and I don’t mean by the hands of the sundial.  I mean it’s 1230 A.D., and me and my buddies, Gunnlaug Snaketongue and Hallfred the Troublesome Poet, are having our regular Tuesday night poetry session.  We meet at Ericson’s, where they have 20 ounce King Olaf’s for only a clam, and pitchers for five clams.  Let me tell you, we usually set back the progress of Western civilization a couple of decades before the night is through. 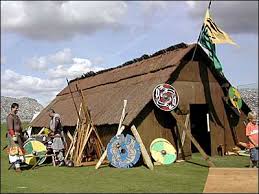 Ericson’s:  Get there early for Friday Night Oxen Races.

We roll the bar dice to see who goes first, which is actually not the most desirable spot.  It’s better if your listeners have consumed a little mead before you start to bare the workings of your innermost soul.  Unfortunately, I roll snake-eyes.

“You go first Kormak Ogmundarson!” Hallfred says with glee.  I can tell he’s going to pounce on my handiwork like a blood eagle grabbing a baby chick. 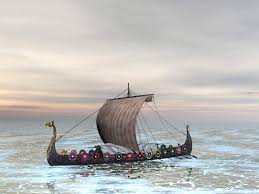 “Okay, here goes nothing,” I say.  I take one last drink to wet my throat, then I launch the Viking ship of my verse onto unknown seas.

That night I dreamt of a maiden fair
whose dress I removed with a flourish.
What I saw underneath was a navel and hair
but a body that looked overnourished. 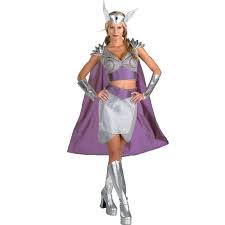 I looked up from my rudimentary parchment note pad to judge the effect of my quatrain on Gunnlaug and Hallfred.  “You say overnourished like it’s a bad thing, dude,” Gunnlaug says with a look of disapproval. 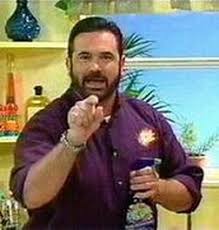 “There’s more bad poetry where that came from!”

“Let ‘er rip,” Hallfred says as he unleashes a belch that could be heard in Vinland.

“Okay,” I say, then compose myself and start in again.

She could have been my winter consort
if I’d paid more attention to her
But I was consumed by televised sport
and another Vike came to woo her. 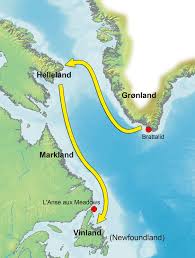 Vinland, via the scenic route

I’m surprised to see a look of empathy on Gunnlaug’s face.  “That’s beautiful, man,” he says as he pretends there’s something in his eye in order to hide the fact that he’s wiping away a tear.  “Ain’t that always the way.  You’d like to have a relationship with a woman, but you want some freaking adventure with your guy friends, too.”

Hallfred, on the other hand, being the Troublesome Poet that he is, is unmoved.  “What the hell are televised sports?” he asks.

“It’s an anachronism I threw in for dramatic effect,” I say.  “This is a stupid blog post–you’re going to have to wilfully suspend disbelief if you’re going to get anything out of it.” 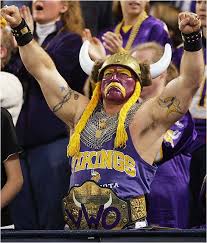 He takes this in slowly, and mutters a grudging “Okay–that was pretty good.”  He’s not the brightest shield on the battlefield, if you know what I mean, but he leaves a pretty wide wake at poetry slams because of his brooding good looks and primitive style.  Personally, I think it’s all a facade.  He’s so dumb his descendants will be going bare-chested to football games in Minnesota winters seven centuries hence.

“Show me what you got, big fella,“ I say to him throwing down the poetic gauntlet.

He pops a handful of squirrel nuts into his mouth, and washes them down with a gulp of beer.  “Here goes,” he says, and begins:

My old lady’s quite a dish
if I do say so myself.
She don’t come along when I icefish,
she eats tuna from the pantry shelf.

Gunnlaug emits a tepid grunt of approval.  “I sense the difference between your maleness and her femaleness,” he says looking off into the distance, “but you didn’t do much to establish dramatic tension.”

It’s clear that Hallfred is hurt by this faint praise, and he lashes out, bringing his pickaxe down on the bag of Astrix and Obelix Pub Fries that Gunnlaug’s been munching on.  “Anybody can be a critic,” he fumes.  “Let’s hear some poetry out of you, blubber-belly!” 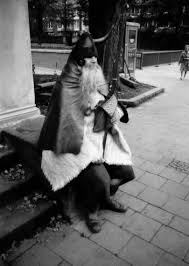 “Well kiss my ass and call it a love story,” Gunnlaug says with a withering smile.  “Looks like Mr. Brutalist has a sensitive side, too.” 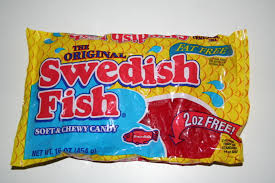 “Actually,” I interject in an effort to keep the peace, “Swedish Fish stay moist and chewy forever in the patented Sta-Fresh resealable bag.”

But Hallfred isn’t letting his rival go.  “Come on, man,” he says angrily, as other patrons turn their heads in the hope of seeing a senseless killing.  “It’s Rhyme Time.”

Gunnlaug looks Hallfred up and down, then a frosty snort of Arctic air escapes from his nostrils.  “It ain’t bragging if you can do it,” he says, then clears his throat.  The silence in the room is broken only when he speaks in a low voice steeped in regret:

I once got a peek of a wench’s breasts
that made me forget I was a Viking.
I’m telling you man, they were the best–
I gave up my Harley and biking. 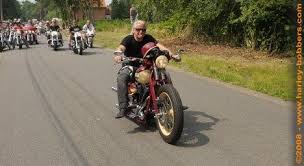 An audible gasp rose from the crowd.  The ultimate aesthetic error of Viking poetry–to succumb to the wiles of a woman!  How was Gunnlaug going to get out of the lyrical gulag he’d wandered into?

She had a big hat with horns festooned
and said “Dear Vike, please impale me.”
But a friend had some tickets to the Wild vs. Bruins
“Stay with me,” she cried, “and don’t fail me!”

Now it was Hallfred’s turn to snort.  “The first thing to do when you find yourself in a hole,” he said with a sneer, “is to stop digging.”

“Hold your freaking reindeer,” Gunnlaug said.  “I ain’t through.”

He took a deep breath, then began again. 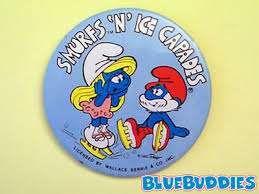 I looked in her eyes, both drowning in tears–
Though watery, they still looked nice.
“Look,” I said, “I’ll make it up to you dear–
I’ll take you to Smurfs on Ice!”

Available in print and Kindle format on amazon.com as part of the collection poetry is kind of important.