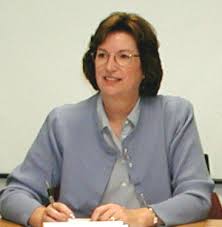 BOSTON.  Donna Del Vecchio works in the accounting department of a large law firm here, and says she has “the most thankless task in the entire American economy”–approving partners’ requests for expense reimbursements.

“You wouldn’t believe the cock-and-bull stories I hear,” she says with exasperation.  “Like ‘My son’s birthday party is reimbursable because I might get some business out of one of the other kids’ fathers’, or the guy who wanted me to pay a Victoria’s Secret bill out of firm funds so his wife wouldn’t know how much he spent on her present,” she says before adding skeptically, “Yeah, right.” 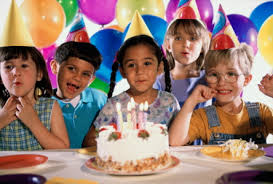 As a low-level employee Donna is in no position to oppose the demands of her superiors, so instead she takes out her frustrations on unsuspecting strangers in the privacy of her home using her weapon of choice–a desktop computer that connects her to the internet. 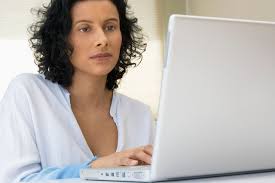 Donna is a member of Friendsnet, a Boston-based social networking website on which members post content, rate each other’s articles, photos and videos, and earn points redeemable at participating merchants.  “It’s a great way to unwind,” she says, “without risking your career or physical violence.”

Donna allows this reporter to join her for an evening on Friendsnet, and after signing on she warms up by reviewing content posted in the “Recent Articles” section of the site.  “1–1–1–1” she murmurs methodically as she enters each posting just long enough to scroll down and give it the lowest rating possible.  “How can they be any good?” she asks when it is pointed out that she isn’t taking the time to read the articles.  “The titles alone piss me off.” 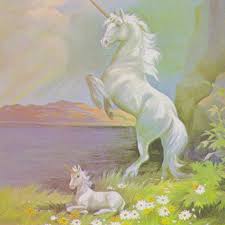 Unicorn and, uh, whatever you call a baby unicorn.

As an active Friendsnet member, Donna often creates new groups for other members who share her interests, and tonight she sets up “Everything Unicorns!” and “Poems About Kittens,” two “snare” groups she will use to lure unsuspecting loners to their doom.  She sends out a carpet-bomb email inviting others to join, and by the time she gets back from a trip to the kitchen to refill her wine glass, she has attracted seventeen members, helping her pad her point totals.  “I’ve got my eye on a Brookstone Herb Spinner,” she says, referring to the high-end doo-dad store that honors Friendsnet points.  “I have a lettuce spinner, but it’s too big to throw at my husband when I get mad.”

Donna checks out a poem posted by “Amanda Just Wants New Friends on Friendsnet!”, a woman who says she needs help with a rhyme:

I have a little kitten,
Her name is Powder Puff,
And whenever she jumps up in my lap and lets me scratch her chin
She cannot get enough.

I’m always sure to feed her,
And change her litter box,
I really, really need her!
Ta-dum, ta-dum rhymes with “box”. 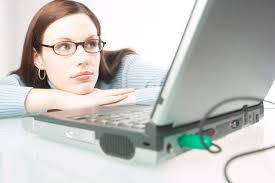 “That is such a sad poem–in more ways than one.”

Donna takes a sip of wine, then taps out a comment, using one of her “sock puppets,” anonymous screen names that allow her to conceal her identity.  “Dear Amanda,” she writes.  “How about ‘She’s as dumb as a truckload of rocks,’” then adds, in a thoughtfully considered coup de grace, “Next time you get the urge to write a poem, lie down until it goes away.”  “That’ll teach her,” she says, as she takes a bite out of a pretzel stick.

The growth of social networking sites has resulted in a reduction in workplace violence, according to Thomas Faber, a professor of industrial relations at Syracuse University.  “Instead of people going nuts and shooting up their co-workers, they go home and flame strangers at nights and on weekends,” he says.  “Nobody gets hurt, although the owner of the ‘Puppy Poetry’ group didn’t have to be such a jerk when he turned down ‘My Precious Pug.’”

As for Donna, she says her time on-line helps her to rejuvenate herself for the coming work week, and indeed she is wearing a big smile as she steps into the elevator Monday morning and greets Eli Simpson, a senior partner at her firm.  “Hello, Donna,” the older man says when he recognizes her.  “Have a good weekend?” he asks.

“Just great,” she says, positively beaming.  “How was yours?”